Bayonetta was probably Platinum Games’ crown jewel, therefore it’s hardly surprising to see them return to Bayonetta 3. They have proven themselves as a very talented studio that is well-versed in action games, and with Bayonetta, Nintendo now has a series that can easily compete with Devil May Cry. Bayonetta established new standards for character action games, some of which were emulated by Capcom’s Devil May Cry series.

The announcement of Bayonetta 3 was made a long time ago. Because the game took nearly five years to release, most fans expected it to have problems. It easily outperformed the initial expectations. This game looks to have set a new standard in its genre, with so much unique content jammed into a single game that it is difficult to believe. Bayonetta 3 is a character action game that uses its subject matter to provide some of the most unusual set pieces in a video game. 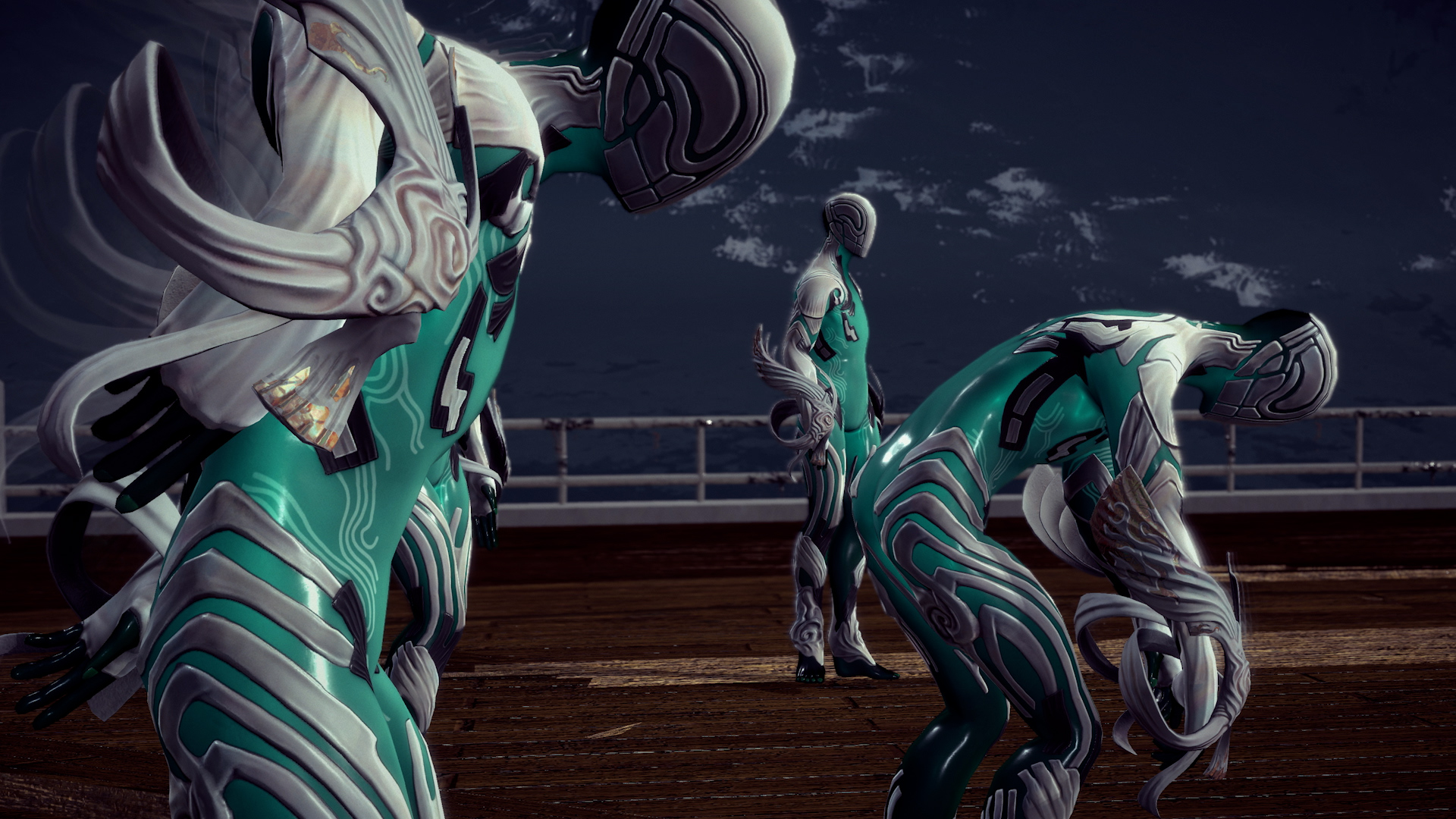 Even though it is technically a sequel, Bayonetta 3 seems like a stand-alone title. With the introduction of numerous new characters, the story gets off to a fresh start, and while familiar names return, it never feels required to play the earlier games. It is effectively a complete reset for the series, to attract newbies to the series without the burden of playing previous games. Even though I would still recommend purchasing the prior two games before this one, they are wonderful on their own.

The opening segment of Bayonetta 3 is action-packed. This opening will feel like at home for Platinum Games fans. It harkens back to a period when developers were more concerned with producing an engaging and pleasant experience than with the technical capabilities of the hardware. The game starts gloomy, throwing the players into full-fledged combat with a new enigmatic villain who is much too powerful for even Bayonetta to handle on her own. Viola, a second playable character with a punk rock flair, is also introduced. 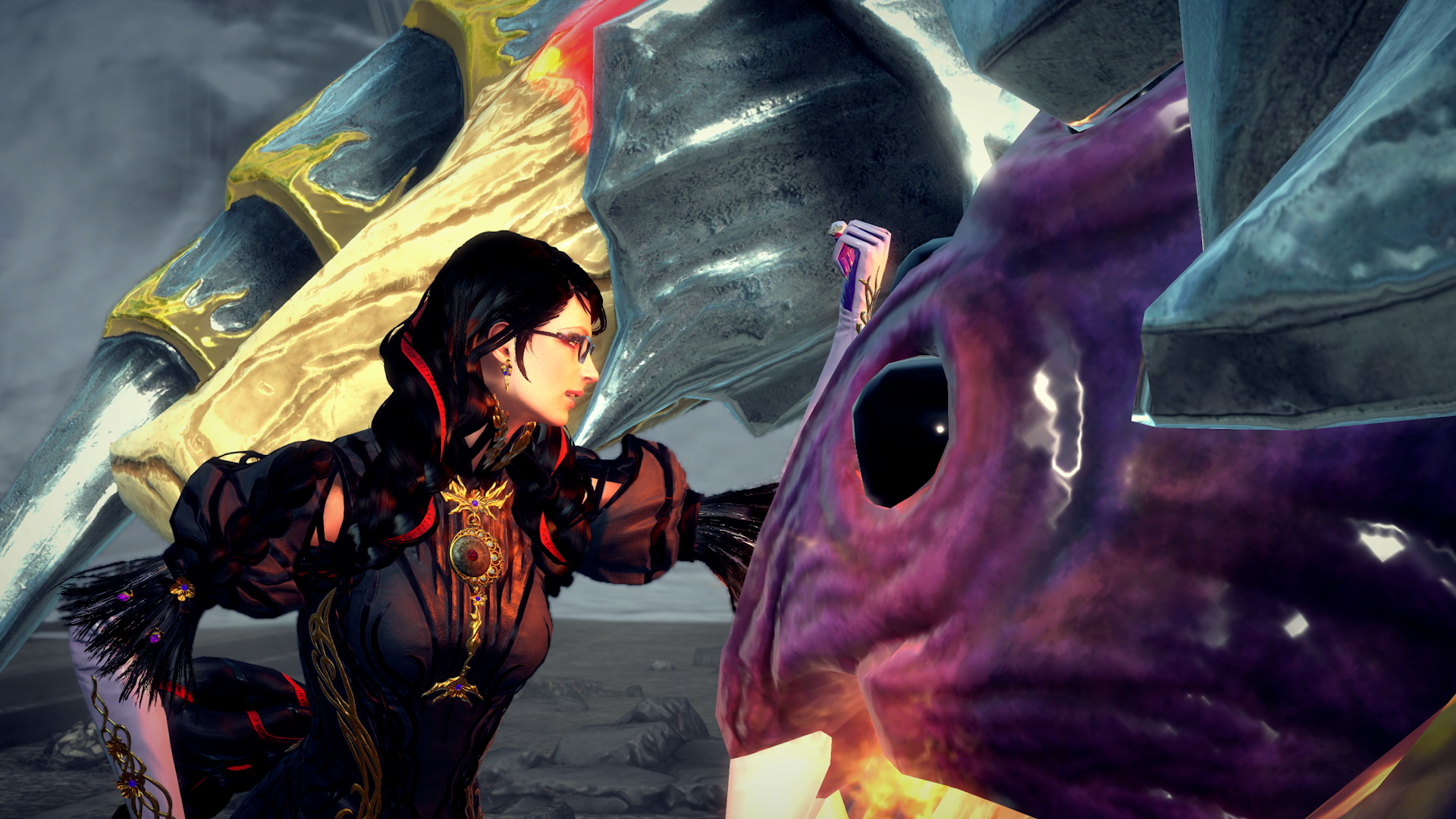 There is a reason why this game has been described as a Bayonetta multiverse, and while I won’t reveal the plot details since there are major spoilers if we go into it, this is a multiverse of madness. The main protagonist is empowered by an unknown villain and left to fight for themselves in the opening sequence, which reminded me of the latest Doctor Strange film. Despite the mystery surrounding its story, I must say that the ending is not gratifying. The primary storyline threads don’t come together in a meaningful way towards the conclusion of the game, and although it’s a delightful romp during the main story, it never quite achieves the heights of its predecessors.

It’s an incredible accomplishment to see Bayonetta 3 operating on the Nintendo Switch. Visually, it doesn’t appear to be a significant improvement over the previous games, but it provides a lot more in terms of new Demon Slave gameplay and high-stakes boss encounters. This enables large-scale boss battles as well as some very unique set pieces in the story. These Demon Slaves may be called at any time during a battle to quickly destroy enemies or for boss fights, but they are not without constraints, since Bayonetta is restricted to a particular location when employing them. 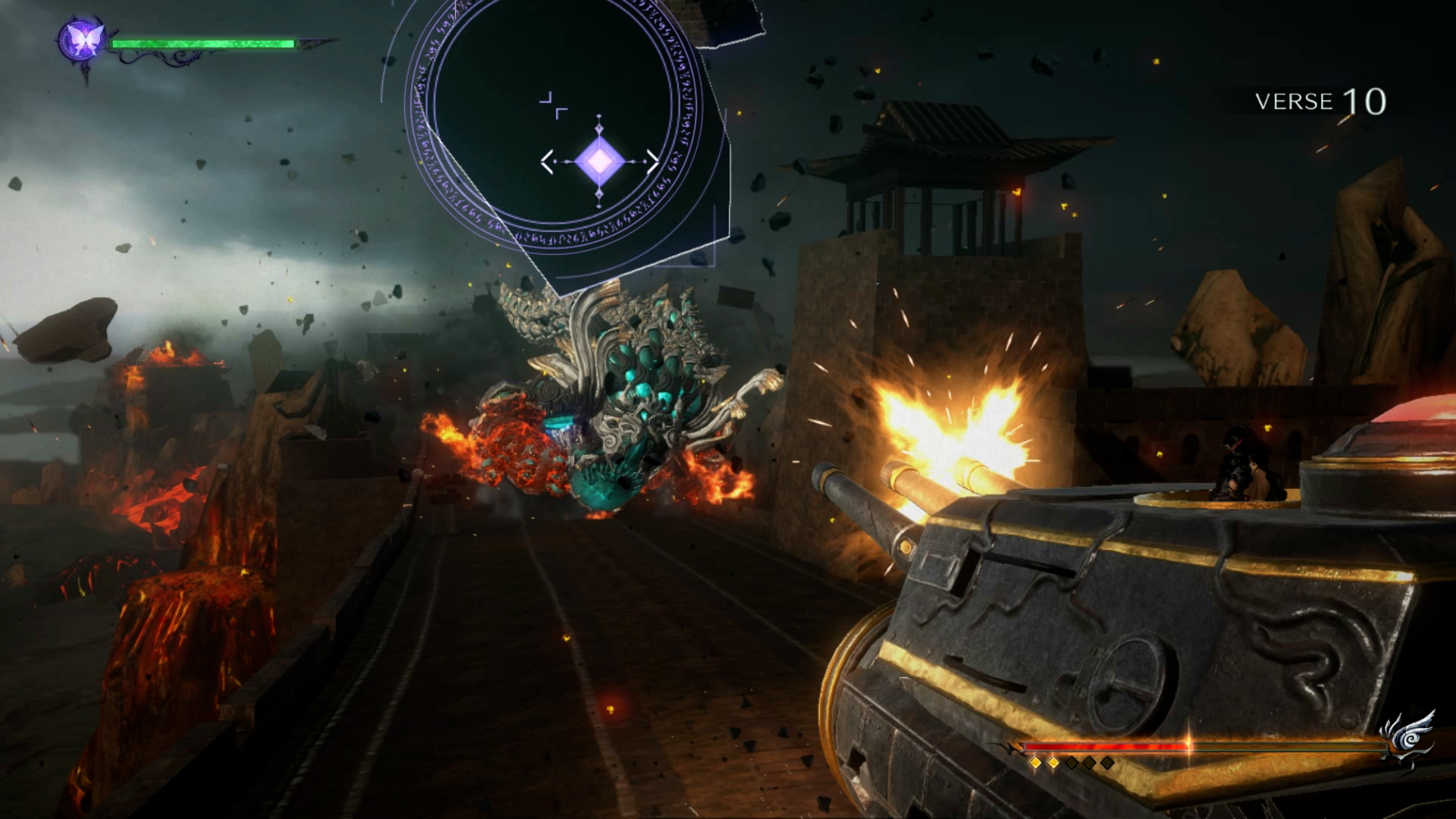 Bayonetta 3 is a shining example of how Platinum Games excels when left untamed. The game has several surreal sequences, gameplay moments, and exaggerated violence and sexual themes. There’s even a setting to tone it down called “Naive Angel.” It does a good job of limiting some of the “explicit” stuff, but it also feels a little silly. I have to give Nintendo respect for including such a mode purely so Platinum Games could do anything they wanted in the game, making Bayonetta 3 seem special.

With its plethora of mechanics, Bayonetta 3 genuinely demands your attention in terms of gameplay. Dodging foes at the last second might result in a Witch time slowing move, allowing you to perform more combos on the enemy. It’s also really rewarding to do this in the middle of a fight. Demon Slaves provide a unique way to end enemies, allowing them to roam freely in combat rather than being limited to finishers or special moves as in previous games. 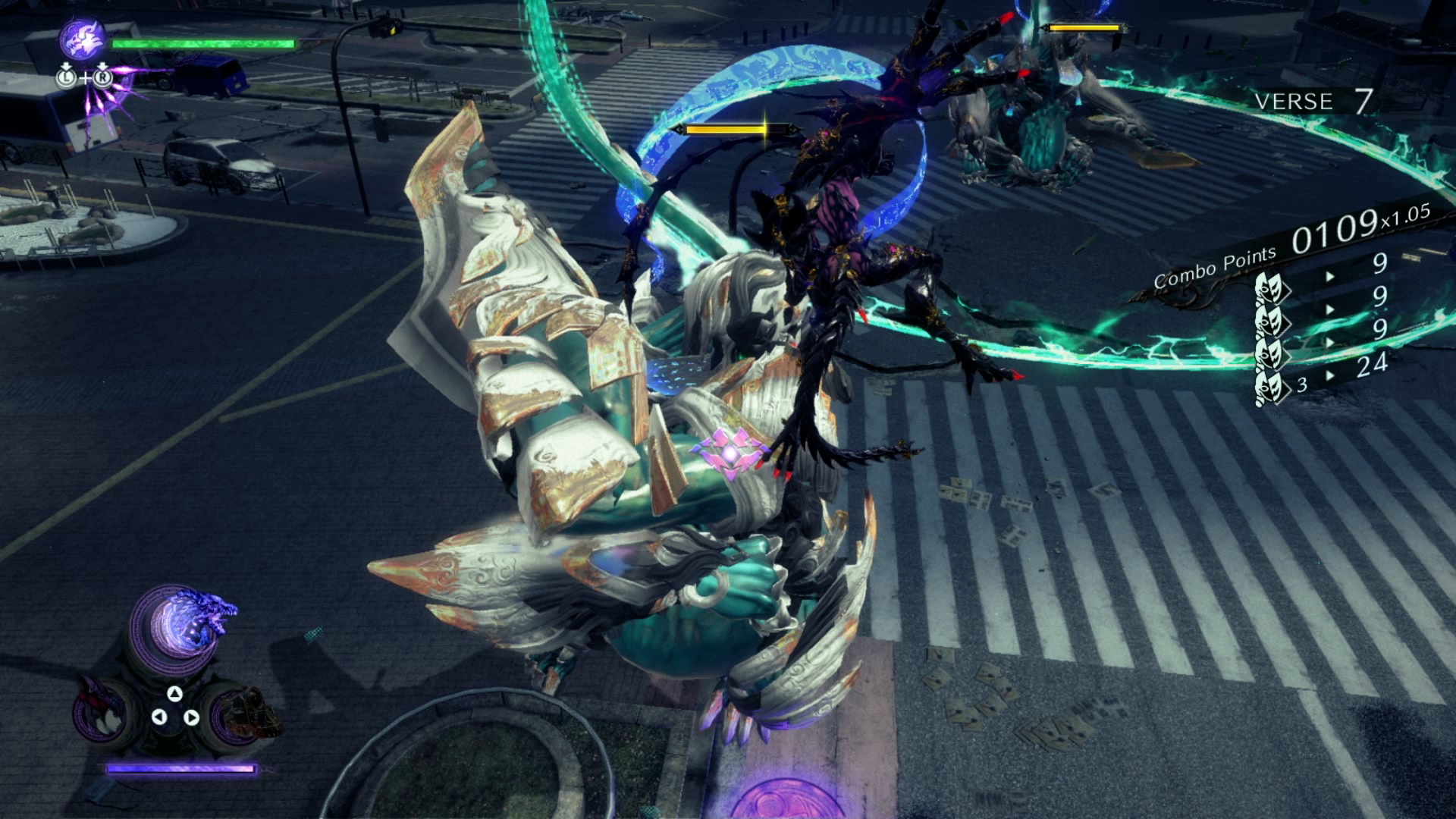 Bayonetta 3 also has a plethora of new weaponry for its protagonist. The weapons are no longer attached to Bayonetta’s arms or legs, but rather apply as a whole, altering her attacks. Some of these are better suited for heavier, more damaging attacks, while others are essential for fast-paced combat. Every encounter is never dull since the battle system is so enjoyable. Some of these weapons, such as the Dead End Express and Ribbit Libido, may be fascinating to see in action. The diverse weapon arsenal makes mixing and combining these in combat always enjoyable, whether we’re up against a single enemy grunt or a boss fight.

I’ve already stated how creative the game’s set pieces are. Platinum Games went to great lengths to create new gameplay mechanics just for these occasions in the game. The game is more than simply a character action game; it may also be a side-scroller, a shooter, a rhythm action game, and more. There are several genres squeezed into a single game, each with its set piece. The game has almost a dozen chapters that give a globetrotting adventure and tonnes of exciting gameplay. 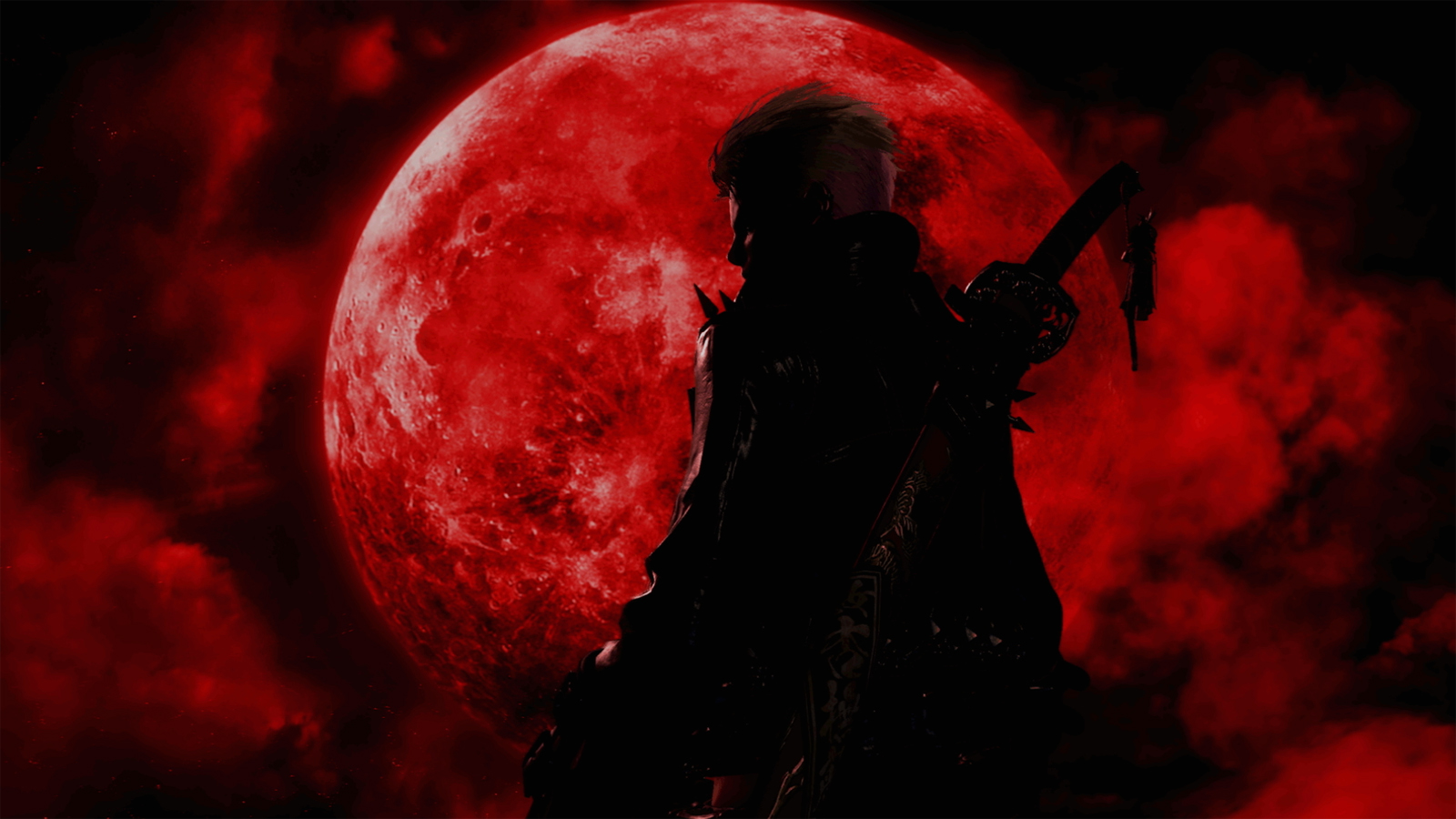 Bayonetta 3 moves at a glacial pace yet never lose its entertaining factor. Viola, the new character, has her levels with a unique gameplay style, although they aren’t as enjoyable as Bayonetta’s owing to a lack of skills and abilities. These stages are likewise more focused on stealth than action, thus it is primarily a linear journey with a boss battle at the end.

Overall, Bayonetta 3 is without a doubt one of the finest games published in 2022, as well as one of the best character action games of this generation. It is an exclusive that makes owning a Nintendo Switch worthwhile. 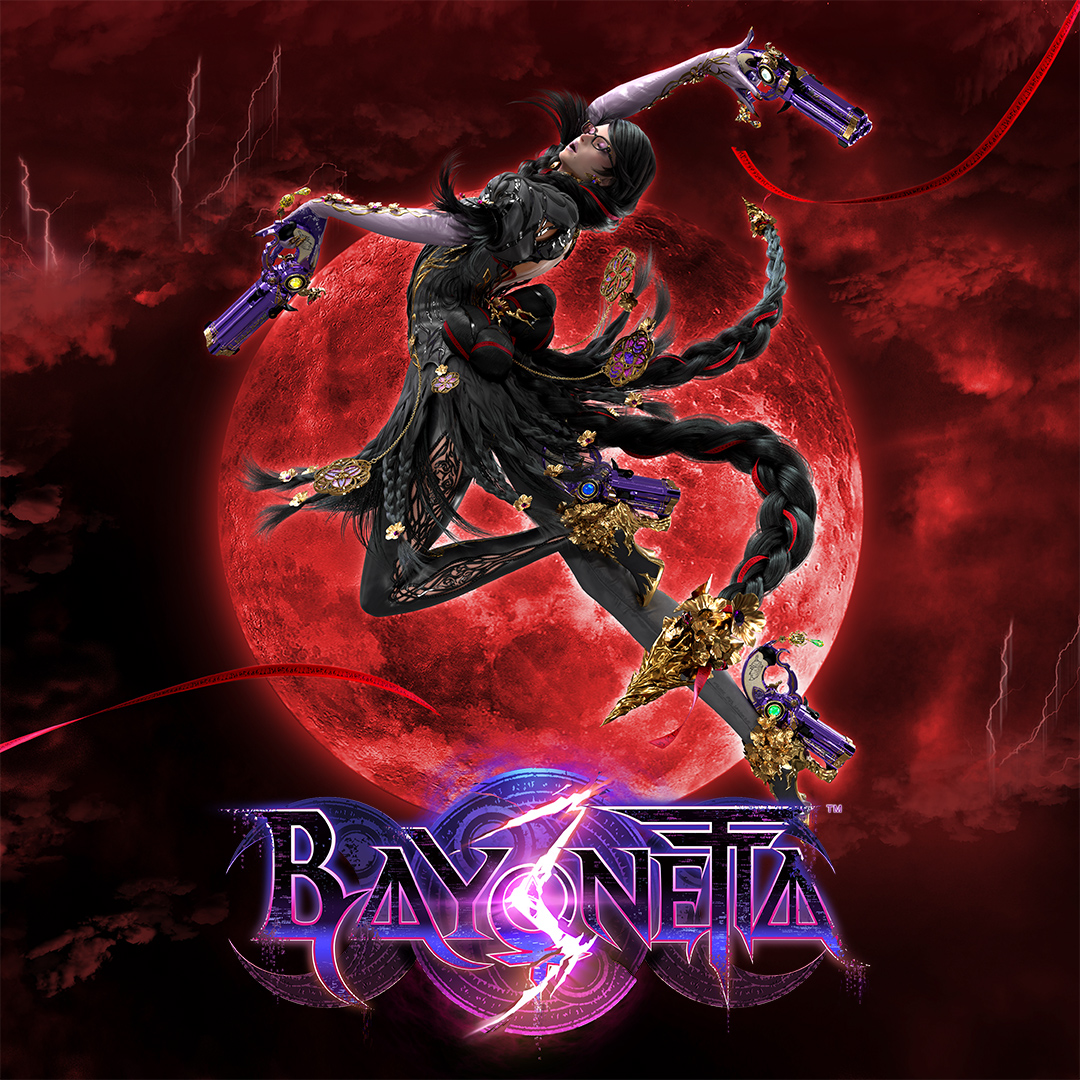 Bayonetta 3 is a great sequel to one of the best character-action games released this generation. Although the gameplay is excellent, with some genuinely unique set pieces and insane boss fights, the story falls flat.