The worst tragedy of Marvel’s Guardians of the Galaxy is not its lack of quality, but the failure of its predecessor, which has hampered the game’s success. While Crystal Dynamics did their best with Marvel’s Avengers, the game did not fare well with both critics and players. As a result, many things were unsure coming into the release of Marvel’s Guardians of the Galaxy, and fans were justified in being concerned about the final product’s quality owing to Square Enix’s previous Marvel project’s failures.

With how well the game has turned out, what started as a cautiously hopeful attitude to the game’s release has developed into something of a fever pitch among the fans. Marvel’s Guardians of the Galaxy is one of the year’s biggest surprises, with a lot of charm, heart, and engaging gameplay features. It is a solely single-player story-driven game with some great writing and character interaction that raises the game to unheard-of levels with Marvel’s Avengers. Sure, there’s no reason to bash another studio’s product here, but I’m only trying to explain why the game’s anticipation was so low. 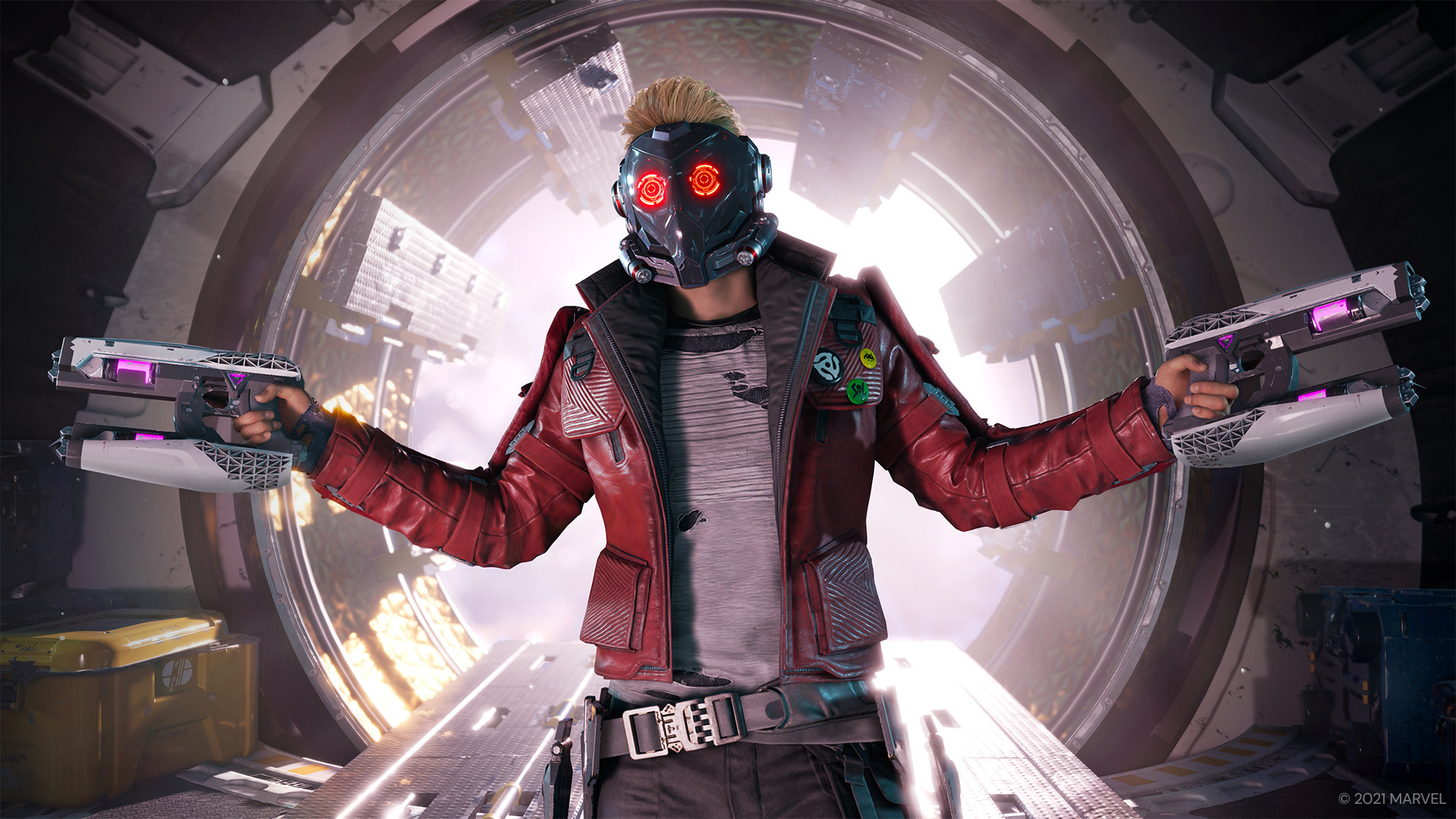 I knew this was going to be something exceptional from the start of the game, with an opening that gives us Peter Quill a.k.a. Star-Lord’s past.  The first mission takes you through the numerous gameplay expositions, with unending banter and word wars between Peter, Rocket, Groot, Gamora, and Drax. You quickly discover that this is not a licensed cash grab but a lot of hard work is put into it. The in-game characters’ psyches have been meticulously researched and fashioned after their comic counterparts by the developers. If you’ve seen the movies or seen the Guardians in any other form of media, you’ll feel right at home with the game.

Guardians of the Galaxy is not a TellTale game, but it functions like one. Because Eidos Montreal created the outstanding Deus Ex reboot and sequel, they know how to manage a choice-driven narrative, and the same is true for Guardians of the Galaxy. The story of the game is full of pivotal moments in which a single choice made by your character might result in an altogether different conclusion. Your decision will determine the fate of some individuals. You will receive different rewards or uniquely complete a mission objective. It’s a very immersive experience that benefits from a replay. 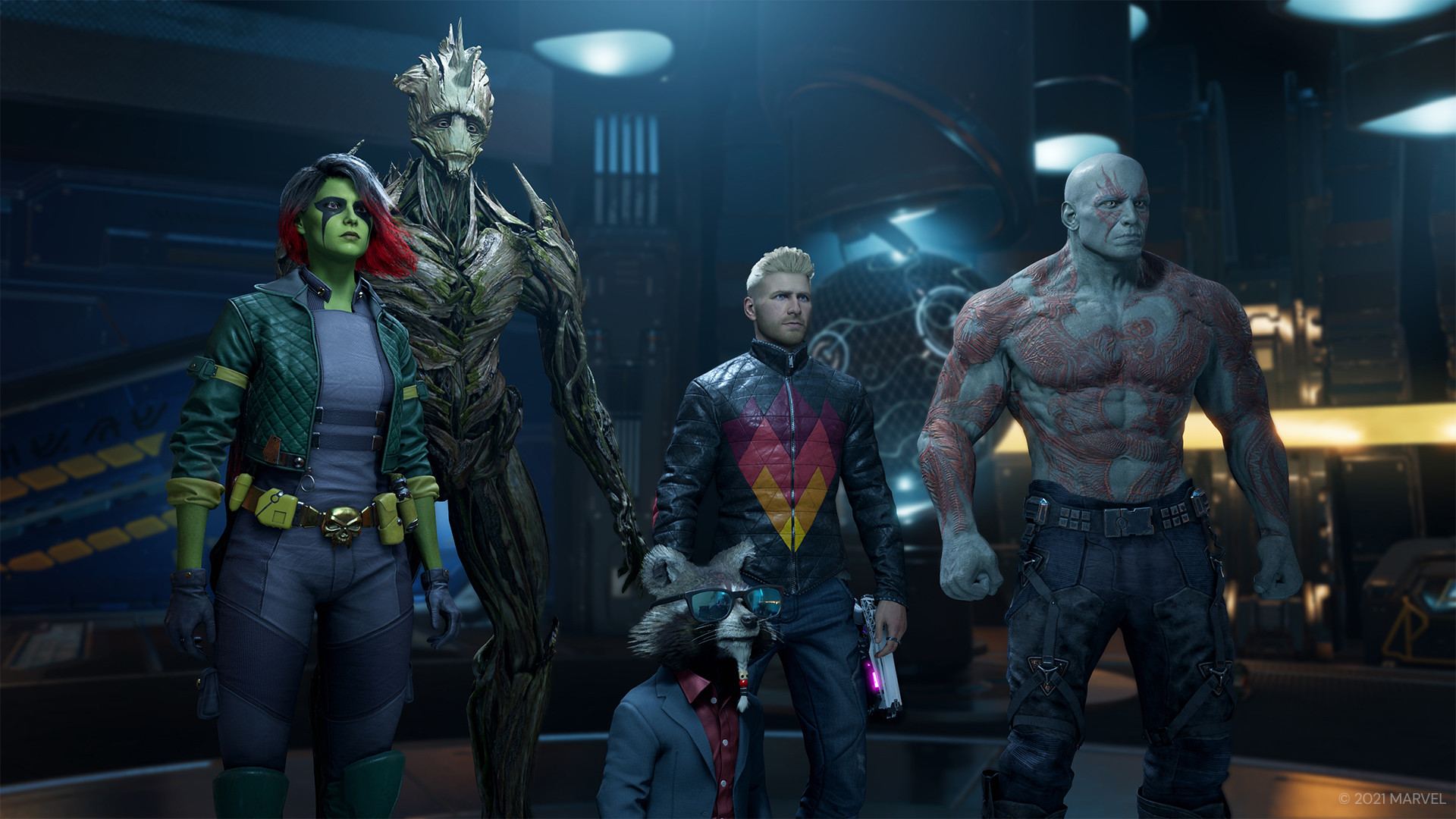 Even if the game includes all of the Guardians, the majority of the story will have you controlling Peter Quill (Star-Lord), with the other Guardians serving as sidekicks in combat. The fighting is straightforward because you largely control Star-Lord, but the other Guardians each have their special skills that may be employed in battle. Star-Lord will also gain new abilities and elemental attacks to help him exploit the enemy’s weaknesses. The enemy diversity is fairly excellent, so you won’t have to worry about facing any repetition. You’ll be on your toes all the while, seeking to gain aid from the Guardians or using your elemental skills to exploit your enemies weaknesses.

Although certain features of the game are reminiscent of RPGs, the game is mostly a lengthy single-player experience that may take anywhere from 15 to 20 hours to complete the first time around. As previously stated, the choice-driven scenario implies that if you start a new playthrough of the game, you can choose a different path for certain story missions. The developers have also considered this, and are giving a new game plus mode that allows you to transfer most of your progress into a new game while still enjoying the branching routes in the story. 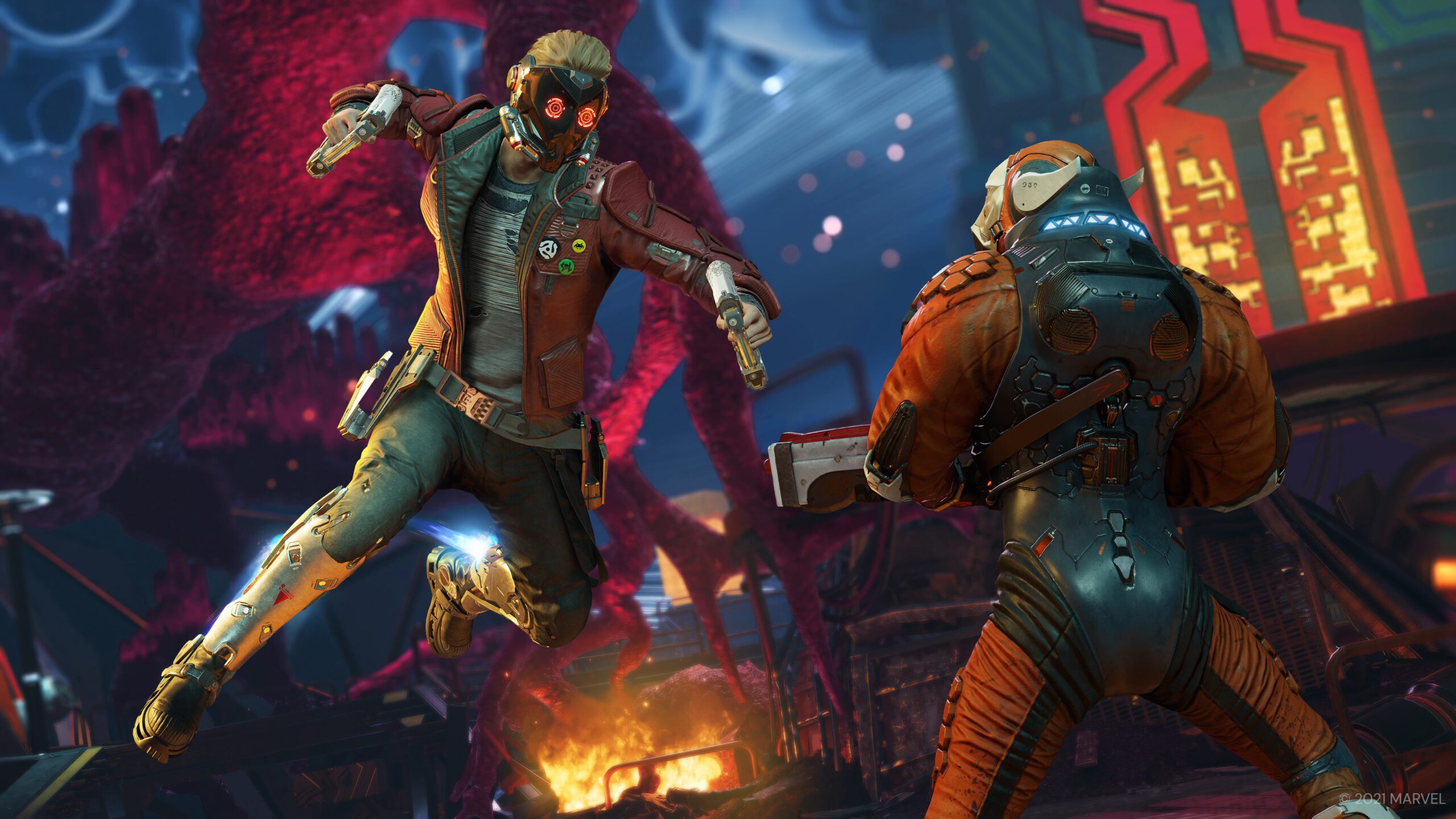 Guardians of the Galaxy would not have worked if teamwork had not been integrated into the gameplay. Aside from the combat banter, you will participate in a long debate with the party members. For example, Rocket will offer you advice or direct you down a certain route, and it will be up to you to decide whether or not his advice is even good. While exploring, you can receive a dialogue choice. During such a conversation selection, you normally have several options. With these chats, you may also learn about your colleagues’ viewpoints after crucial fights.

You may listen to what they have to say about it by selecting an option from the conversation. This way, your choice begins to seem like it genuinely matters rather than merely an artificial barrier to improve the game’s presentation. It was also good to see that most of these are completely voiced in the game. This is necessary for the efficiency of this relationship among the Guardians of the Galaxy, and it is the reason why the game works so effectively. 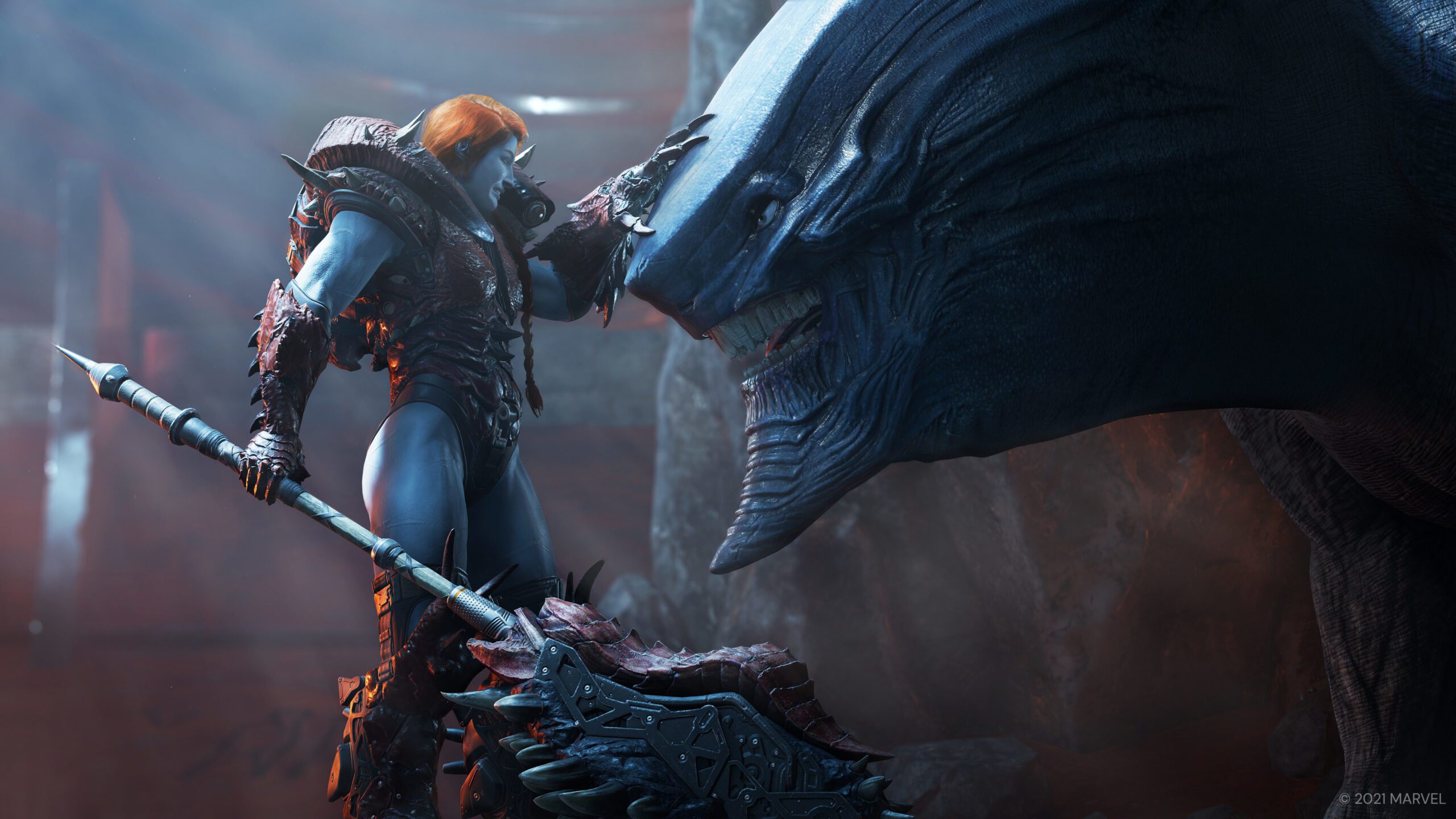 Technically, this is one of the year’s best-looking PS5 games. While the game’s performance appears to be satisfactory for the most part, certain flaws may be discovered near the end. I encountered several graphic glitches in the latter part of the campaign and experienced a rare crash on my PS5, but neither was severe enough to cause me to stop playing the game due to data loss or anything worse. I feel the game may have been improved with additional time to smooth out the quirks and problems in the game’s latter half, but I wouldn’t call it a deal-breaker. 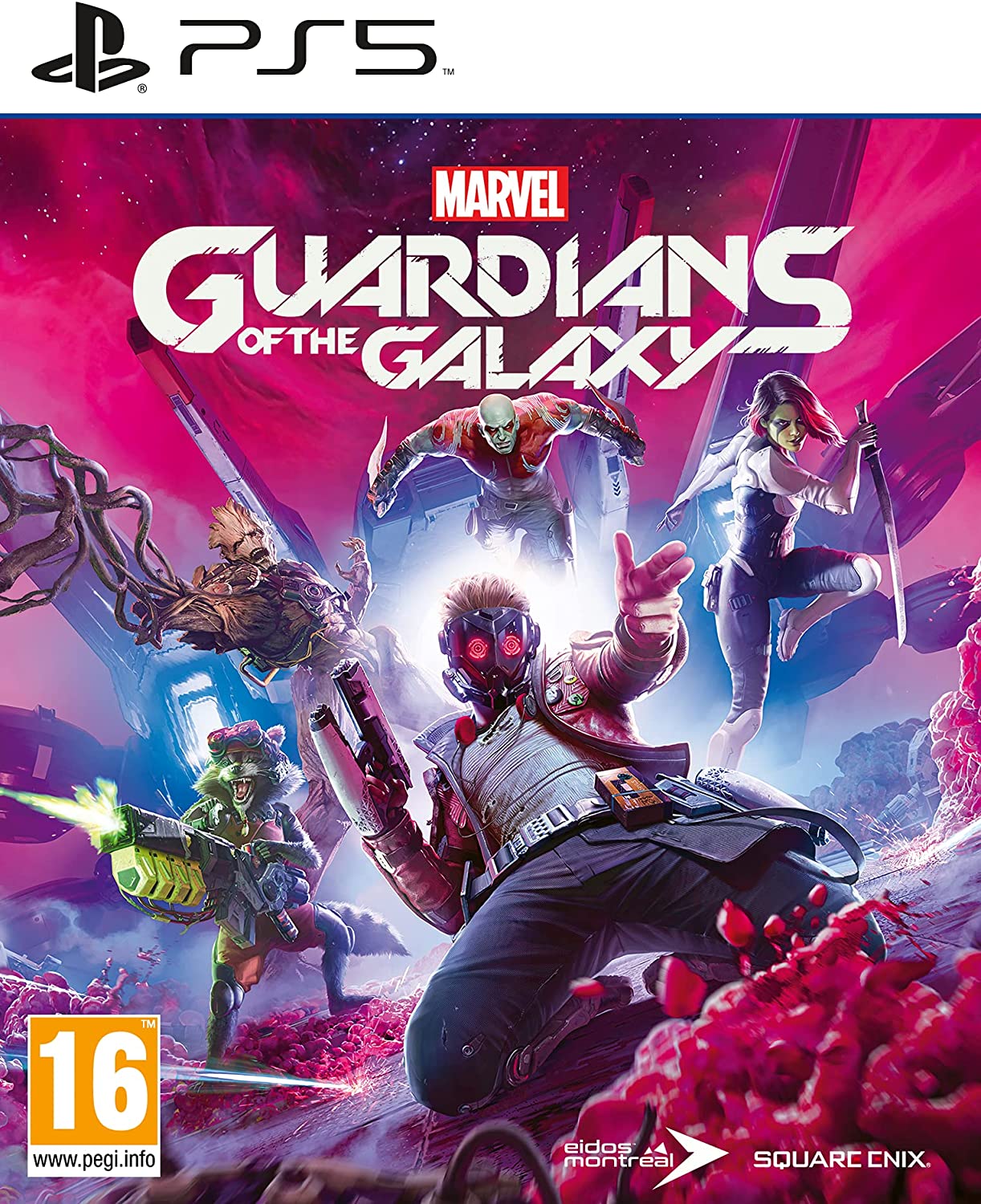 Marvel's Guardians of the Galaxy Review

Marvel's Guardians of the Galaxy has proven to be the year's surprise hit. It's endearing, amusing, and jam-packed with plenty of content and engaging gameplay elements.