Fire Emblem Warriors is another Warriors-based spin-off, similar to how The Legend of Zelda has its own Hyrule Warriors. Age of Calamity is the most recent Hyrule Warriors game, and it improves on various features of its predecessors. The same may be said about Fire Emblem Warriors: Three Hopes. This is a sequel that seems like a great step forward and expands on the story established in Three Houses.

There have been several experiments in the Musou genre, as well as numerous crossovers that have brought their touch to it. However, the Musou genre’s bread and butter, which is its gameplay, has mostly remained the same. The storytelling has improved significantly with each subsequent entry, making them seem more like an action RPG rather than mindless hack and slash. Three Hopes appears to be a tremendous chance for Omega Force to utilize what they’ve learned from past games and improve on any flaws. 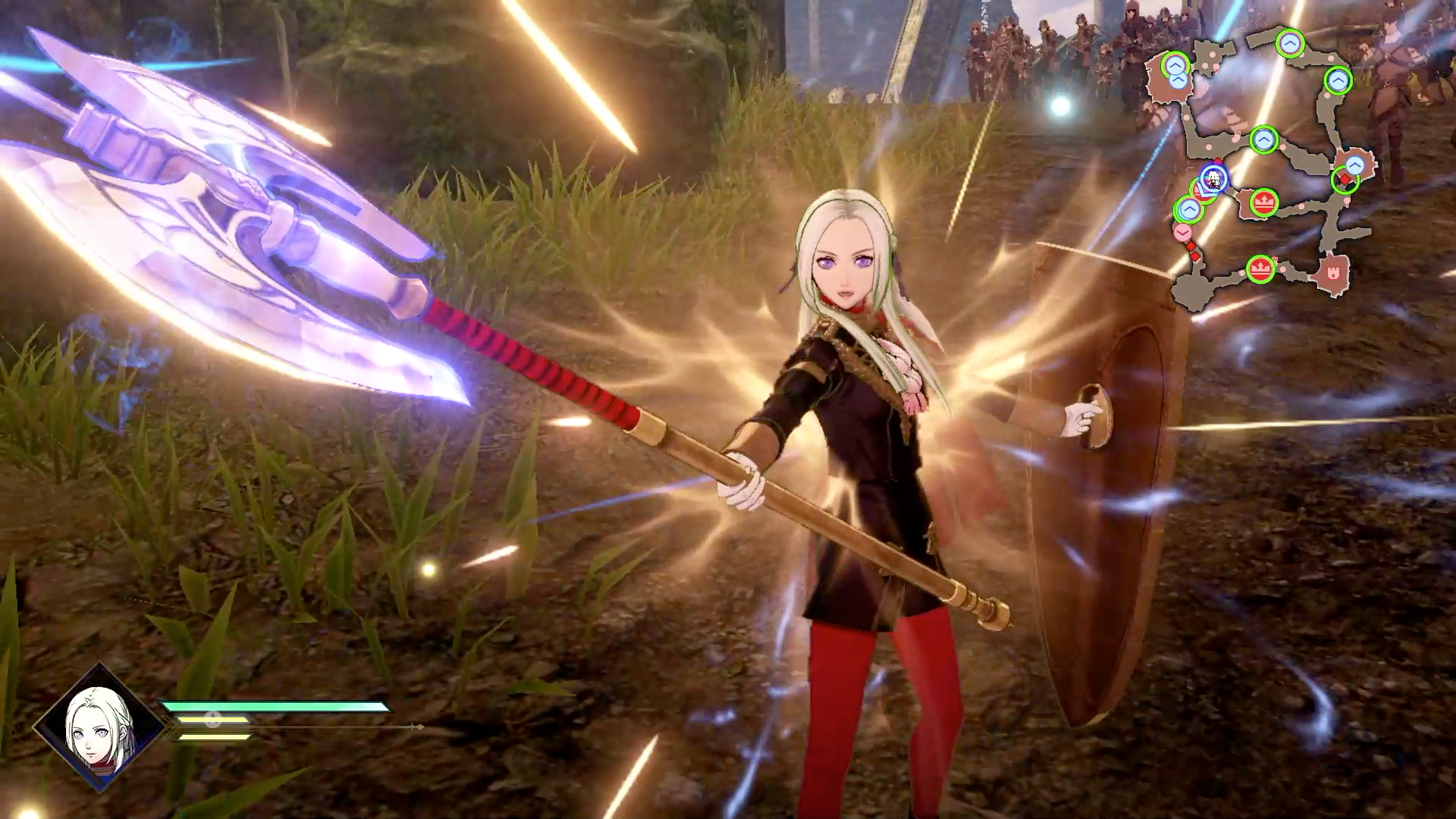 The original Fire Emblem Warriors game was a touch too bland, staying true to the formula of a standard Musou game. It was simply the idea of integrating the characters from numerous Fire Emblem games into a single one and allowing fans to play through them. While Three Hopes is technically a sequel to the original Fire Emblem Warriors, it continues the story of Three Houses in the vein of Age of Calamity. As a result, the narrative presented here is a different perspective on the story told in Three Houses.

Three Houses’ strategy-based gameplay is no longer present. The Warriors-style hack and slash gameplay has taken its place. The storytelling has been kept, with magnificent cutscenes and plenty of banter between the characters, making it feel like a sequel to Fire Emblem Three Houses with a different gameplay approach. Shez, who replaces Byleth in the timeframe of Fire Emblem Three Houses, is the primary character in the story. This presents an alternate interpretation of the game’s events, giving fans another opportunity to interact with their favorite characters. 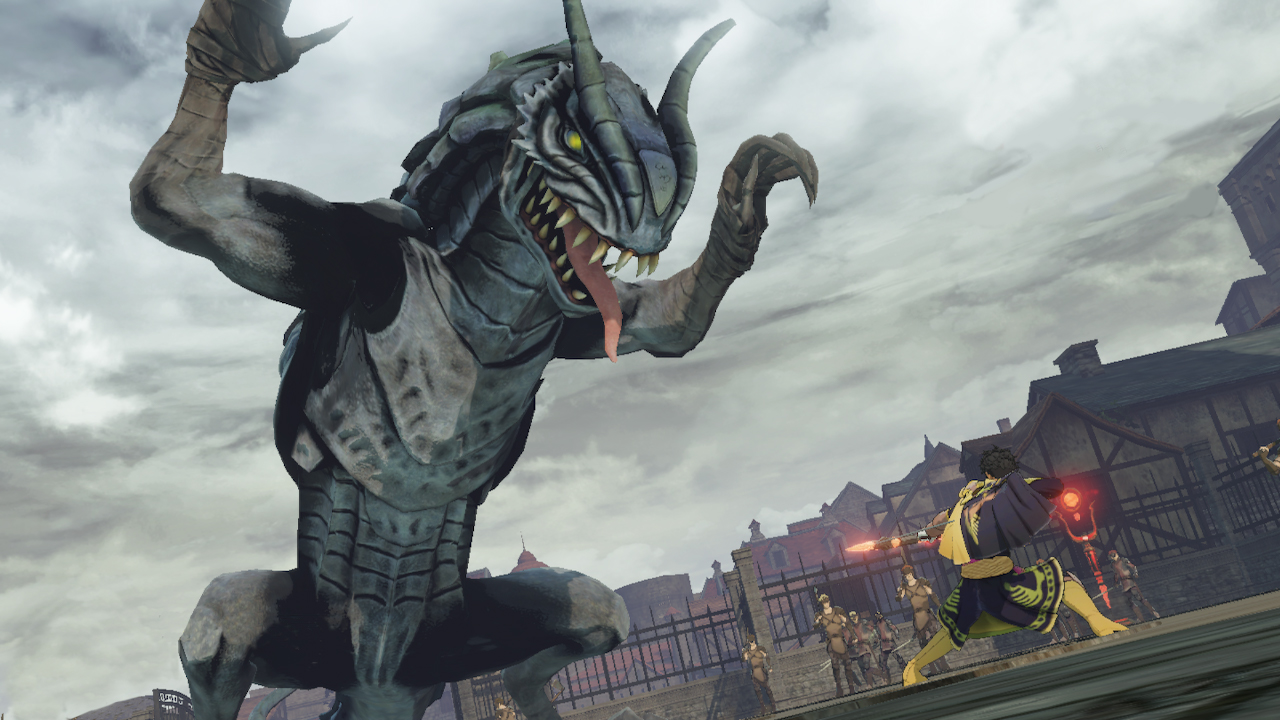 Another resemblance to Three Houses is that players can choose from Golden Deer, Black Eagles, or Blue Lions. This allows you to support a particular ally and makes the game feel more significant, especially if you’ve played Three Houses. It is another war-themed story in which the protagonist must face the challenges and sufferings of conflict. It’s like playing the other side of a narrative when Shez becomes the hero and Byleth becomes the villain.

The battles are action-oriented, with a focus on combos and slicing hundreds of enemies. In the past, games in the Musou genre have struggled to maintain performance, or even the resolution, which renders dynamically to cope with growing processing load, on Nintendo Switch hardware. However, in Three Hopes, the technology has been slightly enhanced, so the visuals are sharper and the performance is not as awful. 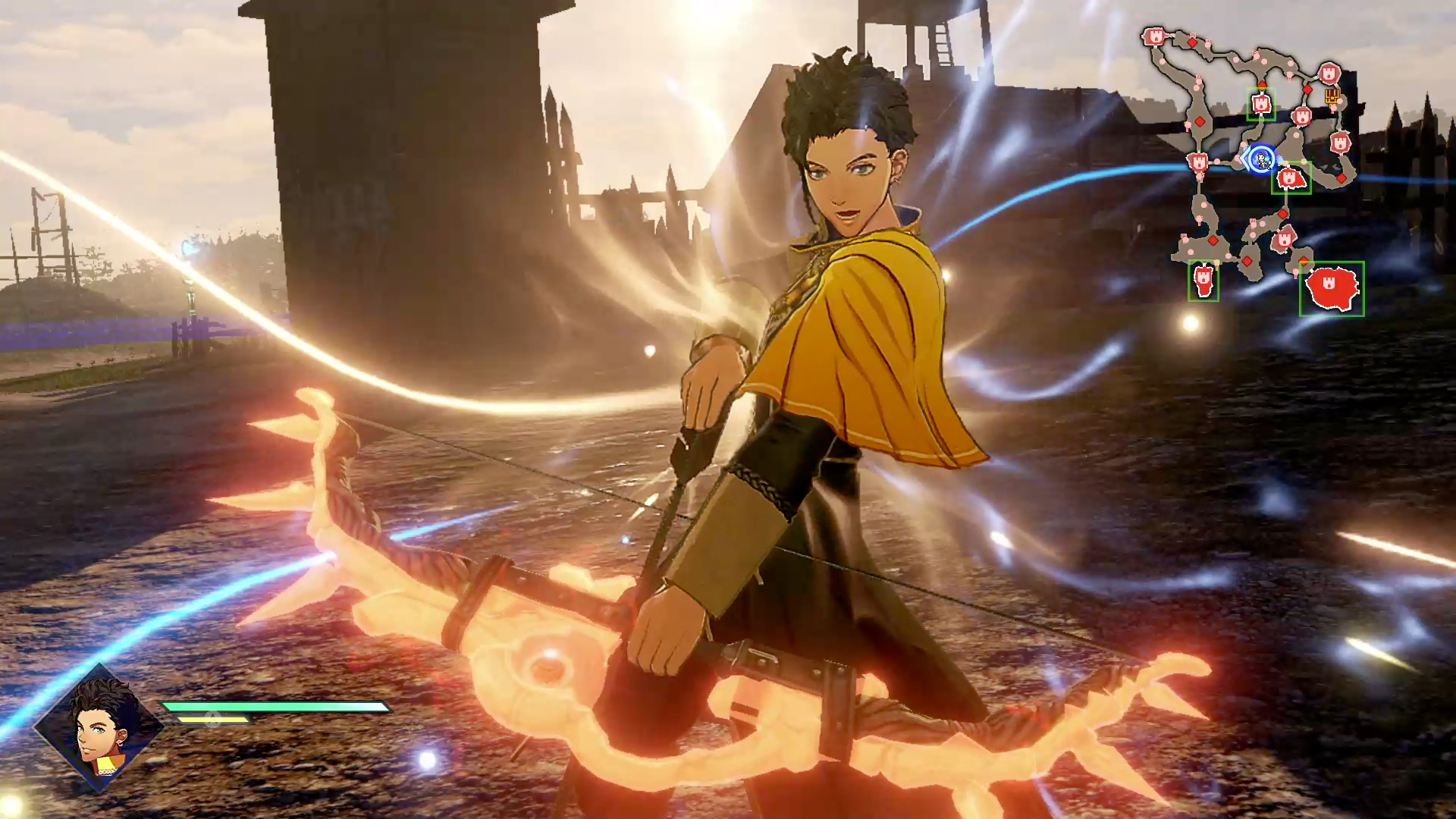 Omega Force has brought the aesthetics and art style closer to Three Houses, making it look fantastic in action. It also gives the game the feel of a real sequel to Fire Emblem Three Houses. The fully-voiced cutscenes are also a wonderful addition, providing an immersive experience that most games in this genre lack. The presentation is likewise excellent, with extra care made to adhere to the Three Houses style. While it appears to be a close match, I can’t say the same about the writing. The character development and story aren’t as excellent as in Three Houses, but it’s not as clumsy as some of the other games. 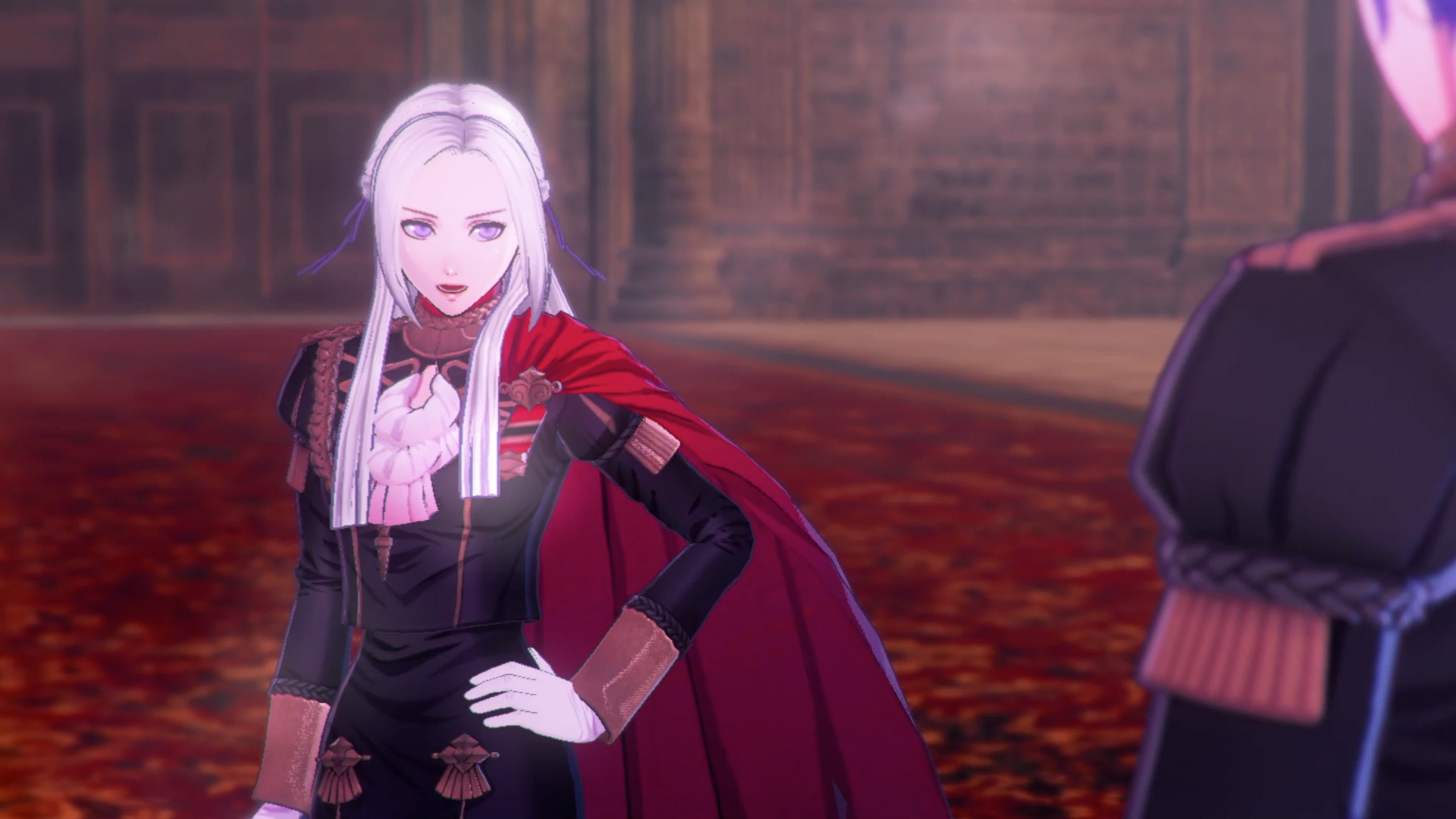 Three Hopes isn’t just one battle after another. Aside from missions, there are lots of side tasks to do in the game. If you’ve played previous Musou games, you may recall that these missions are selected from a menu-based interface. This is not the case in Three Hopes, since the player has the option to explore a camp. This allows the player to interact with the characters they have recruited, search for tasks, and enhance their weaponry, among other things. However, as we move deeper into the game, repetition begins to take effect. It’s not as pleasant as it seems, but there’s still some fun to be found here.

Battles have mostly stayed unchanged, with just minor tweaks made to enhance their flow. One feature of the Musou genre that I dislike is how they become repetitive the more we play them. Three Hopes attempts to offset this by requiring players to think strategically while they command an army. Each map may be won by instructing the AI on its strengths and weaknesses. While the game is relatively simple to complete, there is a classic difficulty that makes permadeath to become a reality if you want the original Fire Emblem experience. 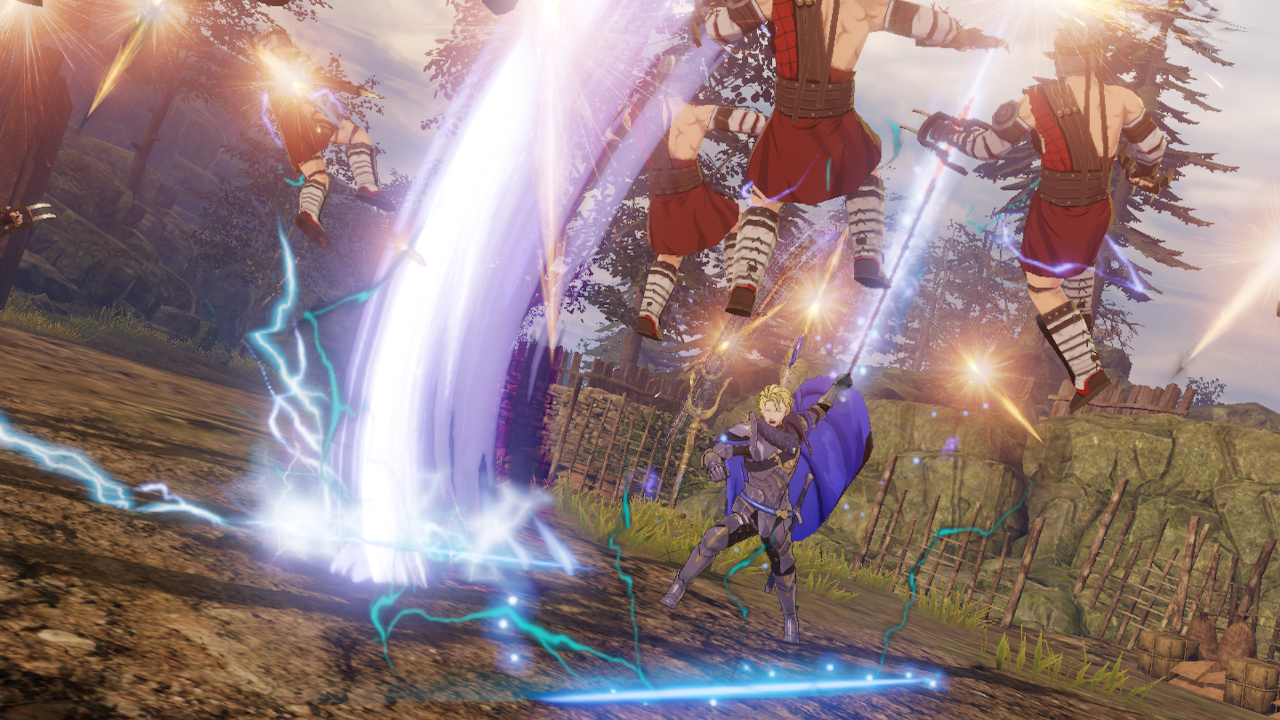 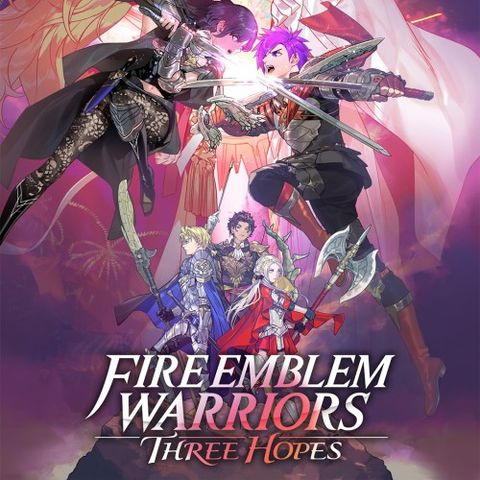