Cyberpunk 2077 Potential Spoilers Are Out With a Leaked Achievement List

Cyberpunk 2077 achievement list has leaked leading to potential spoilers about the game leaking online ahead of the launch on December 10.

CD Projekt Red has confirmed that the achievement list for the game has leaked online through GOG Galaxy. It might contain potential spoilers so watch out for them. Marcin Momot, community lead at CD Projekt Red, suggests that this list contains things that they were hoping would remain private until launch but now due to this leak, they are out in the wild.

Fortunately, hidden achievements remained hidden so there shouldn't be any heavy story spoilers out there. Still, there are some that we'd been hoping would remain private until the release.

If you are not interested in spoilers for Cyberpunk 2077, it is best to avoid reading the list. We have shared screenshots of the achievement list below which were taken from the GOG Galaxy client. They might not be accessible anymore though.

Here is the full Cyberpunk 2077 achievement list captured from the GOG Galaxy client. 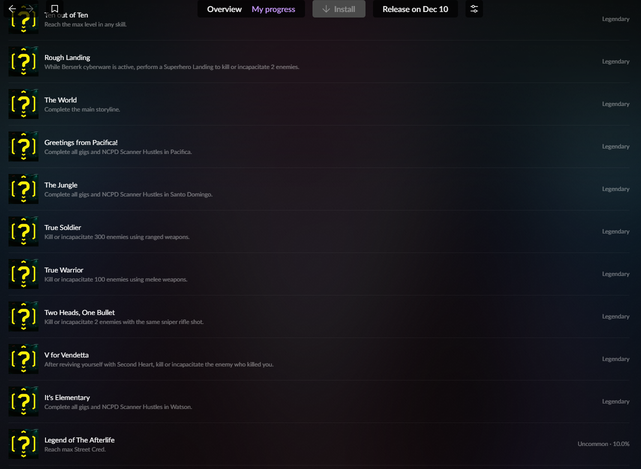 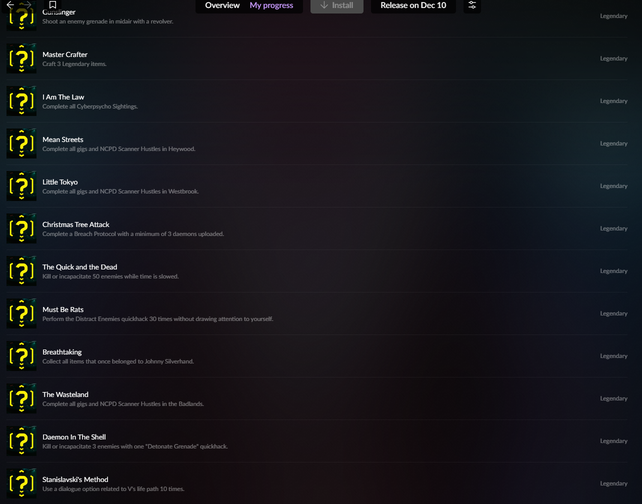 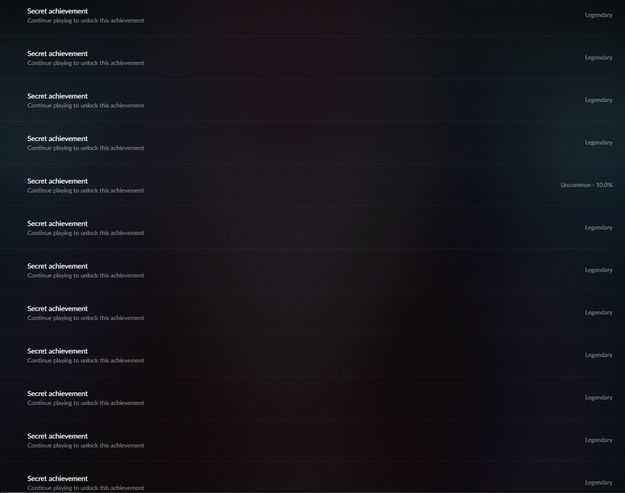