Genshin Impact Oceanid and How To Win The Boss Fight 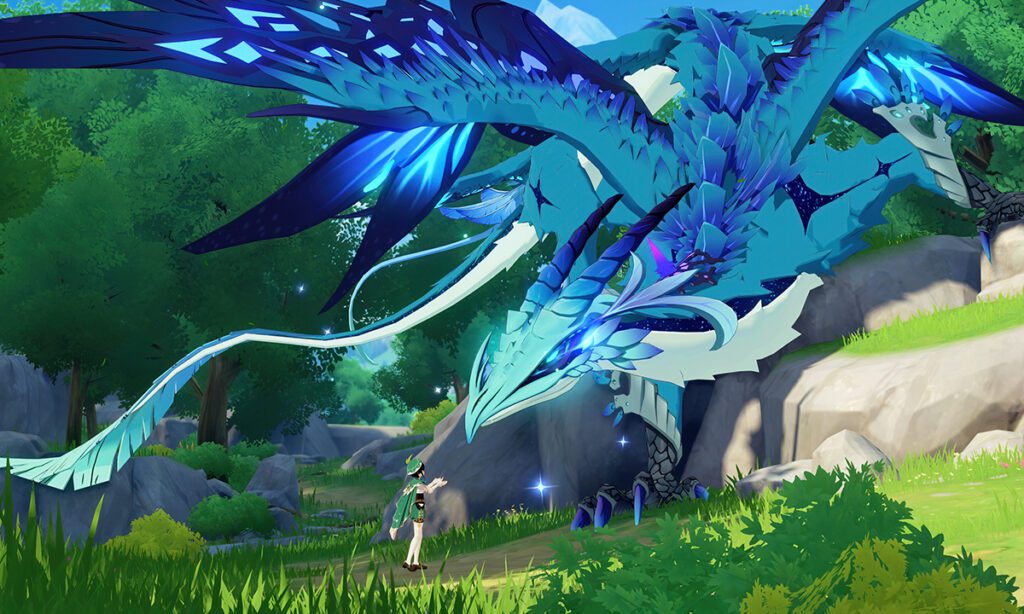 Oceanid is a boss in Genshin Impact. In this guide, we will tell you everything you need to know about how to defeat the Oceanid boss.

Here is an in-game description of Oceanid.

“A life-form created from condensed Hydro elements of incredible purity. Often attached to bodies of water. It is said that as water bodies become purer, the Hydro elements within grow more abundant, causing the Oceanids to grow more powerful. It is also said by some that Oceanids were once sea creatures from a home far away who carried the fragments of a long-dead god to the many corners of this world”

You will get the following rewards as a drop by beating the boss:

How To Beat Oceanid In Genshin Impact?

If you defeat the water monster that Oceanid Summon its health will reduce. If you want to win the fight you will have to do this several times. Each time you defeat two batches of Oceanid’s water monsters, two of the platforms will be sunk by the Oceanid on which you are standing to limit your movement. So you must be careful in positioning yourself as it will be more difficult for you to move in the last phase. The water monsters will heal themselves over time so you must focus on defeating them one by one. If you take too much time in defeating the water monsters, then Oceanid will attack you with a powerful attack, and you can’t avoid it even if you run. If you want to survive this attack you must have a high HP.

Lisa’s normal attack and elemental skills are very helpful against wet status. It will be best if you use Lisa in the fight as your main damage dealer and to increase your survivability against the water monster’s high damage attacks, it is best to use Barbara and Noele as your support characters.

As is it is continuously raining in the fight against Oceanid, so use the character like Keqing and Fischl that have lightning elements to cause an elemental reaction. This is how you will be able to hit multiple enemies at once in a single blow.

Use Qiqi in the fight because she can freeze the enemy and heal your party at the same time. If you will use her your survivability will increase and it will be easy to defeat the boss.

You can easily dodge the water boar attacks by moving sideways because it can only charge forward to attack.

Use long-ranged characters to defeat the water squirrel because it only has short-ranged attacks.

You can easily dodge the Water waves by moving sideways because that only goes on a straight line.

It is best to defeat this monster first because it can make various attacks like water splash, tackle, and pounce. It is the highest damaging water monster that Oceanid summons.

Use Lisa or Fischl to defeat this monster because the water hawk shoots water projectiles from the air and they cannot be reached by your melee characters.

If you want to avoid any damage from the attacks from these monsters use characters that can attack from a distance as these monsters attacks with bubble projectiles.