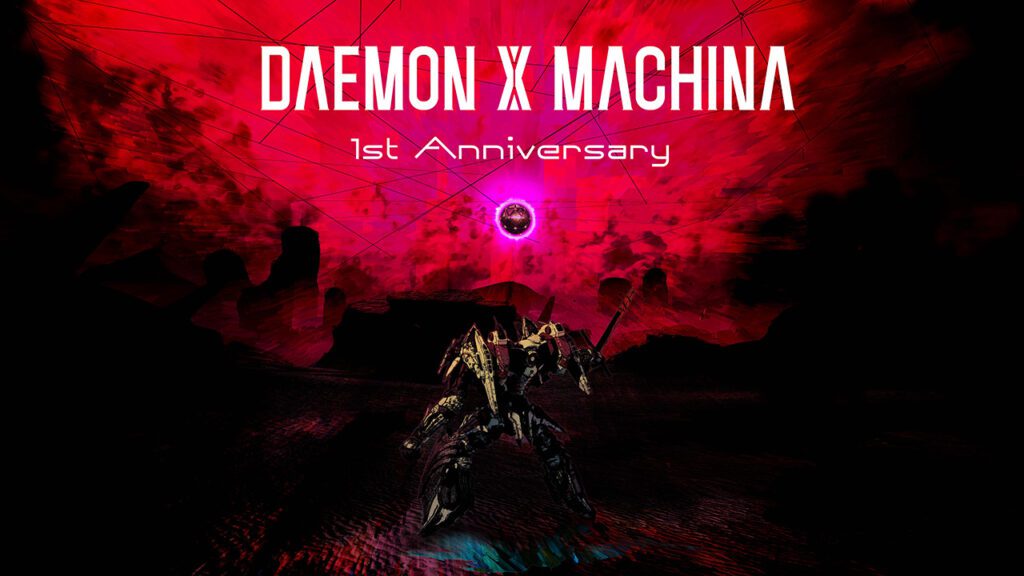 Daemon x Machina 1st Anniversary update will be out in November. It will patch the game to version 1.4.0. Here are the details for this update.

Marvelous has announced a new update for Daemon x Machina. This is releasing to celebrate the one year anniversary of the game. It will be released for the PC and Nintendo Switch where the game is available right now.

Here a description of the game.

You are an Outer, a new breed of human being that appeared in the aftermath of the Moonfall calamity. As a mercenary for the Orbital organization, you are on the front line of a desperate war for humanity’s survival against the Immortals—corrupted AIs that have rebelled against their human creators. Piloting a fully customizable mech known as an Arsenal, you must team up with mercenaries like yourself and complete missions to defeat the Immortals once and for all. But be careful—in a war fought by mercenaries, today’s allies can become tomorrow’s enemies.