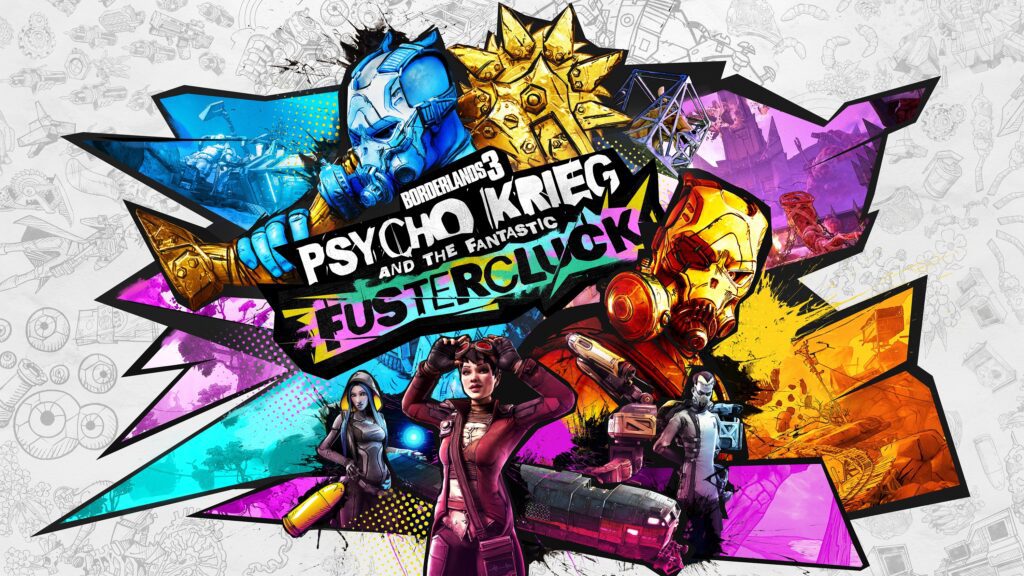 Gearbox Software has updated Borderlands 3 to version 1.16. Here’s everything that you need to know about this update.

A brand new story campaign has been added with this update which is also a part of the season. It is called Psycho Krieg and the Fantastic Fustercluck. Here’s an overview of this DLC.

Bloodthirsty psychos are everywhere in the Borderlands, but what makes them so uniformly deranged? Brilliant scientist Patricia Tannis theorizes they’ve all been driven insane by the knowledge of a mythical place she’s dubbed “”Vaulthalla.”” And the key to uncovering this legendary location lies with the most badass psycho of them all: Krieg, an unlikely ally who swings his viscera-soaked buzz-axe on behalf of the Crimson Raiders. Unfortunately, every attempt to get information from Krieg quickly devolves into yells of “”Butchery for juicy weasels!”” and other equally unhelpful exclamations. The only way to learn the true nature of Vaulthalla is to climb inside Krieg’s chaotic mind and seek it out yourself.

Using absurdly advanced technology, Tannis is sending you and your fellow Vault Hunters on a mission set entirely within Krieg’s consciousness. You’ll have to befriend both sides of Krieg’s psyche: the screaming murder machine the world sees every day, and the calm inner voice that tries to steer Krieg’s rampages in the right direction. You’ll explore a surreal mindscape where the laws of physics and human decency rarely apply, helping Krieg process his warped worldview and traumatic memories by blasting his inner demons to bits. Just try not to succumb to lunacy inside Krieg’s imagination, which is littered with memory fragments, distorted landscapes, and meat. So much meat.

Only by surviving Krieg’s twisted inner world can you reap the rewards of Vaulthalla, so say goodbye to sanity as you know it. Or as Krieg would say, “”Chew the spine and splash the eyeballs! It’s the happiest day of your death!””

For the complete patch notes of Borderlands 3 update 1.16, have look below.

Certain types of damage were unintentionally being passed to other enemies caught in the Phasegrasp. This change prevents those interactions, but no other changes have been made to this skill.

To apply hotfixes, wait at the main menu until you see a sign that says “Hotfixes Applied!” If you are experiencing any issues or want to provide feedback, please submit a ticket to support.2k.com.