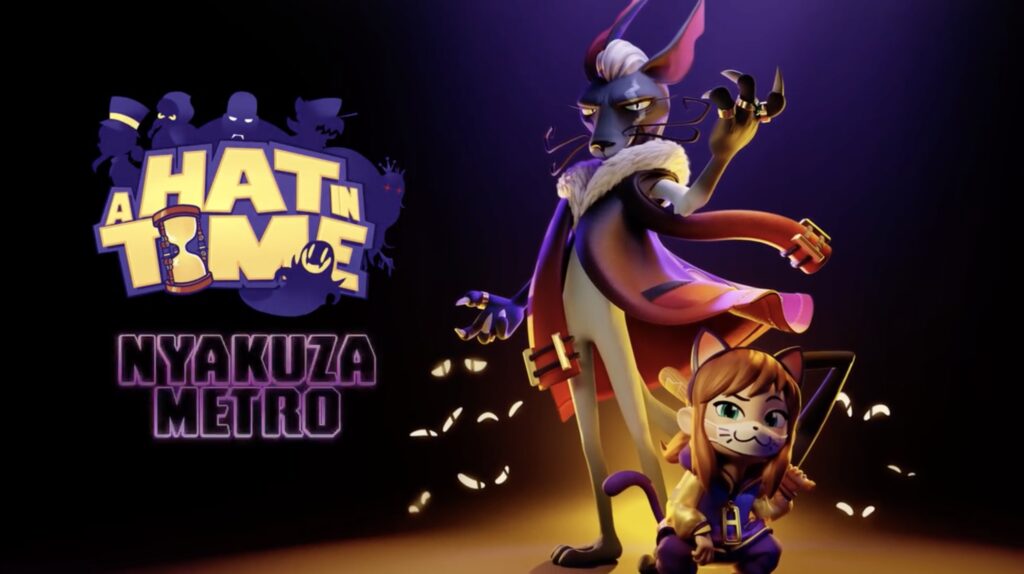 A Hat In Time has been updated to version 1.02 to bring in support for DLC, PS5, and Xbox Series consoles. The patch notes can be seen here.

Here are the details on the two new DLCs that have been released today for the game.

“Nyakuza Metro introduces an all-new chapter with 10 new Time Pieces, a new sticker system, new flairs, new dyes, a new weapon, a new purple Time Rift and more! Online Party allows you to play online with your friends, in groups of up to 50 players!”