Uncharted: Legacy of Thieves Collection has been rated in Korea. The game is set to launch on PC in Summer 2022 and this rating suggests an announcement is due soon.

Naughty Dog is bringing Uncharted: Legacy of Thieves Collection to PC. This is the first time the series is being released for PC. It is also rumored that they are working on a remake of The Last of Us Part 1, which will reportedly release on PC in addition to consoles.

The release date of the PC version of Uncharted: Legacy of Thieves Collection might be a lot closer now as the game was rated in Korea today on June 9. This is ahead of the Summer Games Fest that is planned for today. It is possible that an announcement for the PC release could happen during this event. 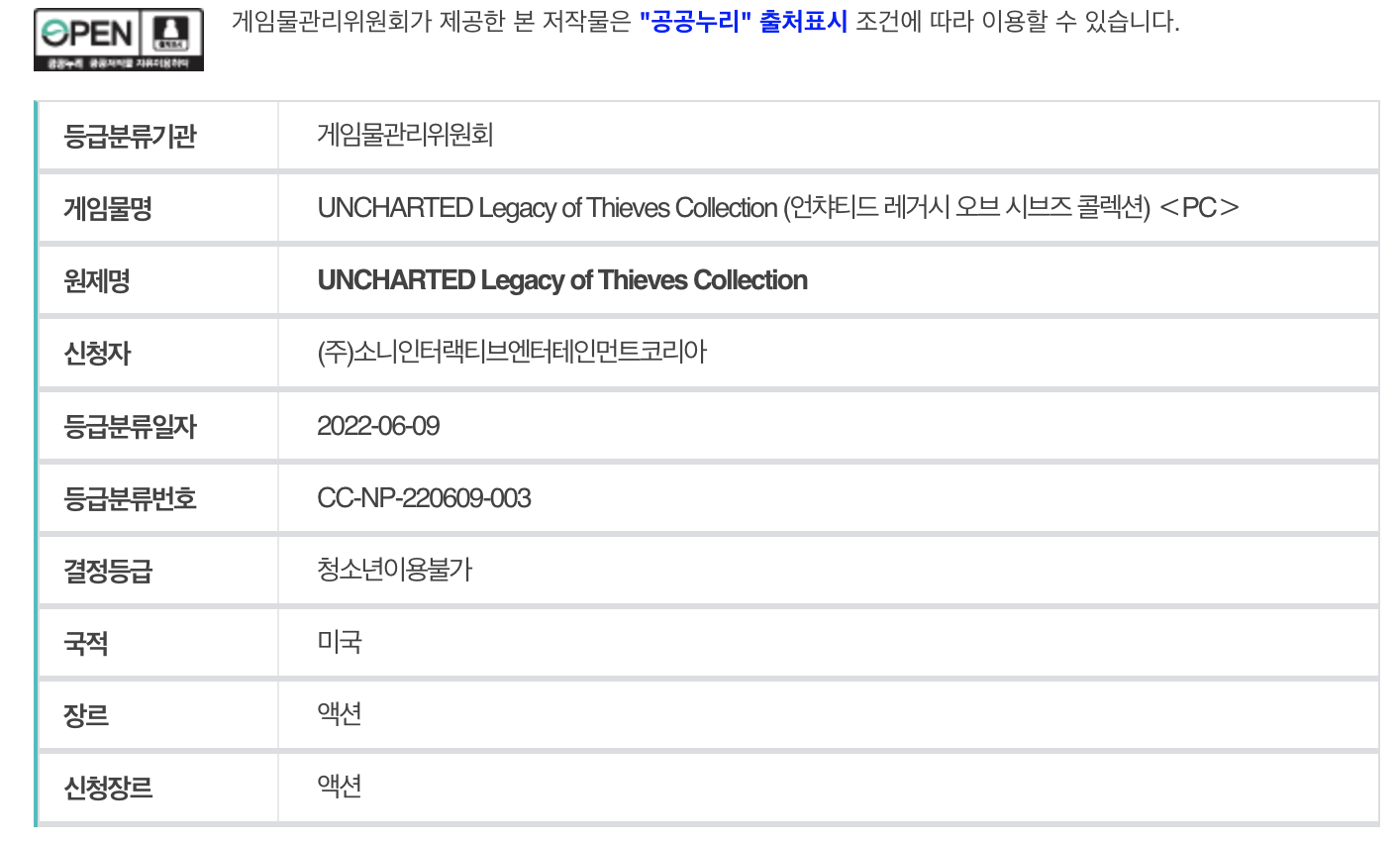 Uncharted: Legacy of Thieves Collection was released on PS5 earlier in 2022. It received support for 120 FPS in addition to improved resolution and performance on the PS5. The same applies to the PC version of the game.

There are no system requirements shared for this port but that might change as an official release date is confirmed during the Summer Games Fest. The port is being developed by Naughty Dog in collaboration with Iron Galaxy Studios.