The Legend of Zelda: Skyward Sword HD All Easter Eggs and Secrets

A Hunt to The Legend of Zelda: Skyward Sword HD Secrets And Easter Eggs

This guide would let you figure out all the secrets and Easter Eggs that you might have skipped when going down the adventure.

Exotic treasures or one-of-a-kind occurrences are frequently found in these tricky locations on the venturing land of The Legend of Zelda: Skyward Sword HD.

In this game, you will find objects to be worth of great amount even be it the little one. For instance: An Empty Water Bottle.

So you won’t like to miss out on anything that is offered in The Legend of Zelda: Skyward Sword HD.

THE SECRET BEHIND THE WING CEREMONY:

A Ceremony takes place during the wing Academy. Instructor Owlan mentions that the knight Academy is commemorating its 25th anniversary.

Resting the top-notch secret is how the series was also commemorating its 25th anniversary in 2011. As it was the original game’s releasing date.

A TOUR OF ZELDA’S ROOM:

In the Knight academy, if you want to enter Zelda’s room then you need to obtain the Double Clawshot from the Silent Realm.

After acquiring them move left of the entrance, climb up a succession of platforms and vines to the Knight Academy.

The player would then notice a chimney protruding from the rooftop. The player can enter Zelda’s room after crawling down a corridor. 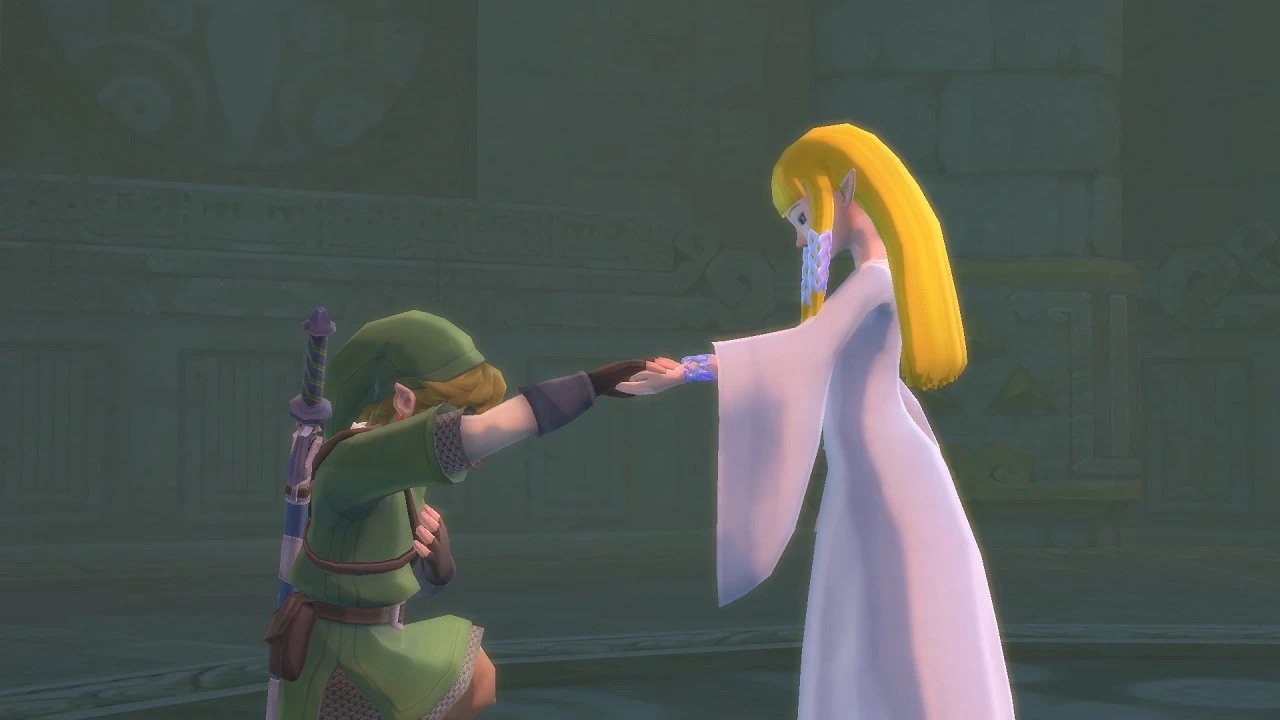 Another amazing secret that might not have been noticed by many players is that When going to Zelda’s room through the Chimney, watch down to discover Gaepora having a bath below.

Link can locate a unique area out of the way in Skyloft that is home to a swarm of Remilits. Go to the Goddess Statue look up to seek the target.

You have to then use the Clawshots on this target to let Link have a handful of cute Remlits resting in a patch of flowers.

This one sounds SOO CUTEEEE !!

The Remlits would legit vocalize to the sound of harp if you play the Goddess Harp near them.

A tiny island to the southwest of Skyloft resembles a Volcano at first glance. Link will be welcomed with a very pleasant sight if he flies into the middle cone of this volcano-like island: a Pink Fairy to catch and utilize for healing later.

You can get hands-on with these shinning spores by scooping them from the mushrooms in Faron Woods with the help of an Empty Bottle.

These spores are found to be very much effective. They can be brought to usage five times. And let me tell you the Wonder Work of this thing !!

If you use these spores on a heart, they can turn it INTO A FAIRY! 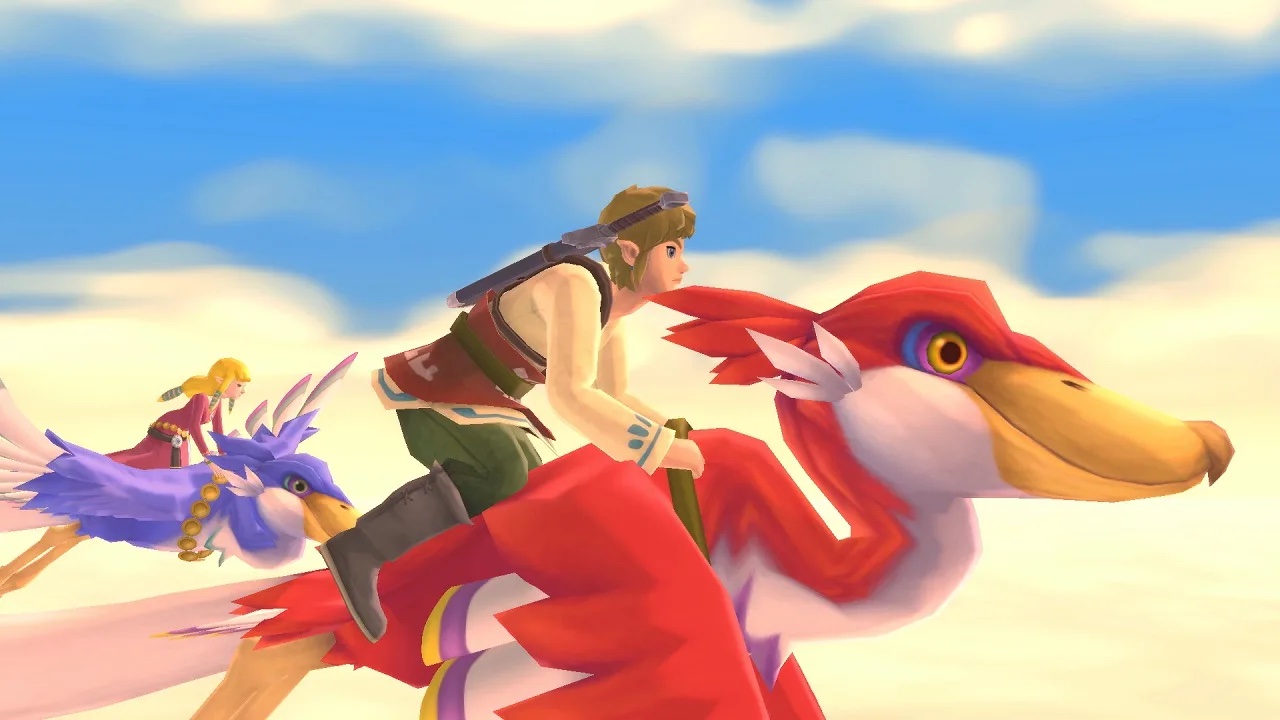 THE SECRET OF HIDDEN DIALOGUES:

Unveiling the truth of sitting on the stool theory is that If you sit on the stool, it would give you some secretive information about the characters. Isn’t it amazing!

THE PERK OF SKYDIVING:

If you go Skydiving near Pumpkin Landing, you would get to meet the flying squirrel-like objects.

Now the target is to collect all ten of them. And after achieving the target you would be awarded a RED RUPEE.

WHAT’S THE REACTION OF PEOPLE WHEN GUST BELLOWS ARE APPLIED ON THEM:

It has the same reaction all over the people except for Mallara. It makes people shield themselves leaving out Mallara to have a completely different response towards this weapon.

PICTURE OF THE MEDALLIONS OF THE SIX SAGES:

By the end of the game after the fall of the Goddess Statue, you can see the image of the six sages by looking at the roof of the sealed Temple from Ocarina Times. Well, this is not exactly the most hidden part. But diligent gamers would be more likely to detect this Easter egg.

See also  No More Heroes 3 Outfits: How To Unlock and Change Them

A TICKLISH WAY TO DISTRACT DEMISE:

You can SIMPLY DISTRACT DEMISE. I mean the FINAL BOSS!!

No need to use the rocket science theory to discover the way. Just use the Bug net to draw away his attention.

DO NOT OPEN THE CUPBOARDS:

This game teaches real ethics as well. If you open any of the cupboards inside the room, it would halt you there and tells you that THIS IS SUCH A BAD THING to invade someone’s private property without their consent. 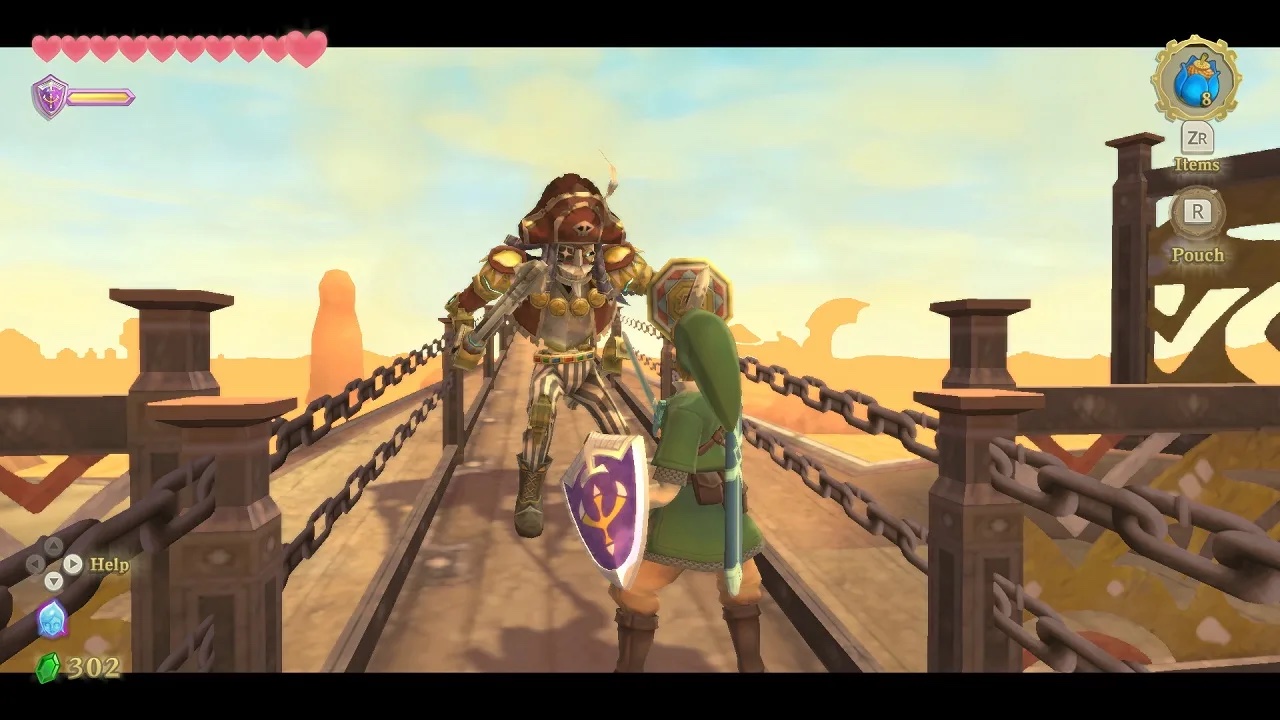 TITANIC TREAT IN THE GAME:

You would find a series of photos hanging on the wall once you enter Skippers Retreat house. There is one picture that shows an Ancient Robot holding another one.

OKAY, no second thought, That’s It!

The iconic scene from TITANIC, Woah.

The secret Gossip Stones would appear if you use the Goddess Harp near the Butterflies. He would bring you a rewarding Chest with himself.

It contains different reactions to actions. For instance; If you shoot it with an arrow, you will get Green Rupees.

You can even cause them to shrink by the use of Glittering Spores and Gust Bellows.

That’s the wrap on the easter eggs and secrets that we have found in The Legend of Zelda: Skyward Sword HD.

The Legend of Zelda: Skyward Sword HD Kolkotos Boss Fight and How To Defeat