The Legend of Zelda: Skyward Sword HD Kolkotos Boss Fight and How To Defeat

A GUIDE TO KAYO THE KOLOKTOS BOSS

In The Legend of Zelda: Skyward Sword HD, The terrorizing Iron giant with its six arms is on the battlefield but it is easy to make him taste his death. Be determined by your speed and the use of your sword to tear his heart into pieces!

It’s hard for Ghirahim to swallow the progression of Link in the game. So to give him an uphill battleground, he sets out Koloktos with his evil magic. Koloktos is the fourth dungeon boss in Ancient Cistern.

Defeating this boss involves TWO PHASES to accomplish in The Legend of Zelda: Skyward Sword HD.

Before the battle begins, take a look around the area. Spot out the pillars. Bring them into your use for hiding from the blades that tin man would fling at you. 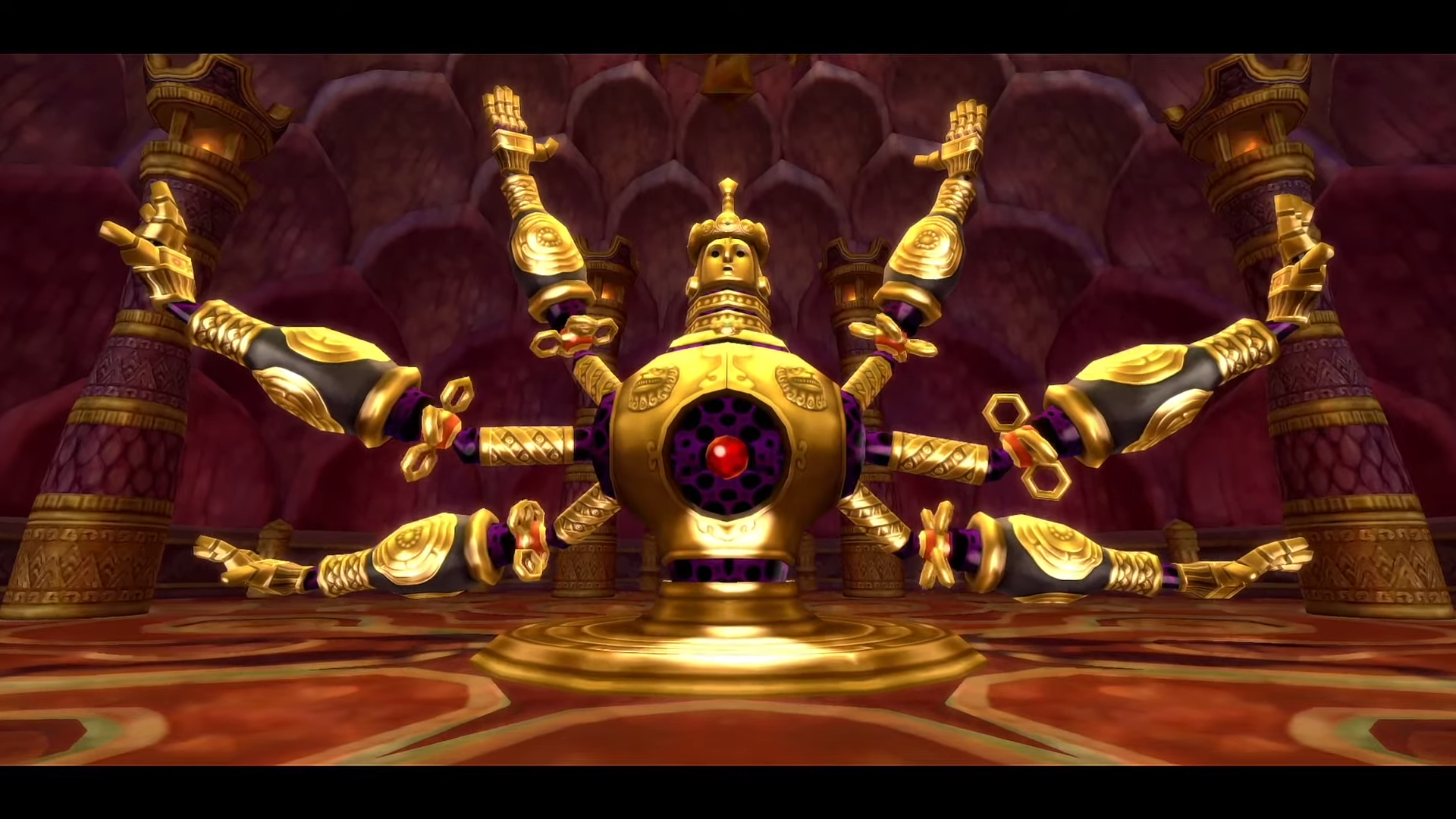 As you meet this giant, make sure to spot out his weak point. This large red orb blinks in his midsection affirming that it is his heart and our aim.

In the initial stage, four of its arms will try hard to shatter Link with the fists by throwing axes while the rest of the two arms will be guarding his weak spot, the Red Orb. To have a chance to get back at him with ultimate rage you have to first dodge his smashes. Try NOT TO GET A HIT OF THEM.

See also  Cyberpunk 2077 Fast Travel: How To Unlock and Use Fast Travel

After his arms are detached from his body, get yourself ready to use the WHIP to take out the screws and BINGO four of his arms would be separated. And his middle section would be visible but still covered in a cage. Try to get as many blades as you can until the two-blade arms cover his heart again.

After losing his four arms he is set to use another strategy to SURVIVE.

You have now offended him much with your smart play. Koloktos would now bring his legs into use to attack with more strength.

Koloktos would also have swords in each of his arms, intending to be a big threat. But you have to go with the flow. Use the same technique as you did in Phase no 1. Rush into him, lure him to smash his arms in the ground, and then rip off his other arms with the whip. This is the point where you can easily, snatch his sword SO DO IT!

See also  Microsoft Flight Simulator: How To Use Active Pause On Xbox

NOW, cut his remaining arms. Doing so would get him baffled. Without wasting a second, slice his legs. Afterward, his body would eventually, fall on the ground.

The target must be his heart which is now being protected by the cage. Remove it by hammering at it. The cage would break and the heart would be unprotected.

Give his heart a few blows. And repeat the process a few more times to break this Tin Man.

In the end, YOU WOULD DEFEAT HIM and proceed to the next location in the story for The Legend of Zelda: Skyward Sword HD.

The Legend of Zelda: Skyward Sword HD All Easter Eggs and Secrets

The Legend of Zelda: Skyward Sword HD Hylian Shield and How To Unlock It