F.I.S.T.: Forged In Shadow Torch is developer TiGames’ take on the Metroidvania genre. It’s a 2D side-scroller action-adventure game with plenty of backtracking involved. There are previously locked doors to be opened, hidden passages to be discovered, and new abilities to obtain. Yup, it’s the standard design fundamentals we’ve come to expect from the genre. However, the question worth investigating is whether FIST builds upon this foundation in interesting ways. 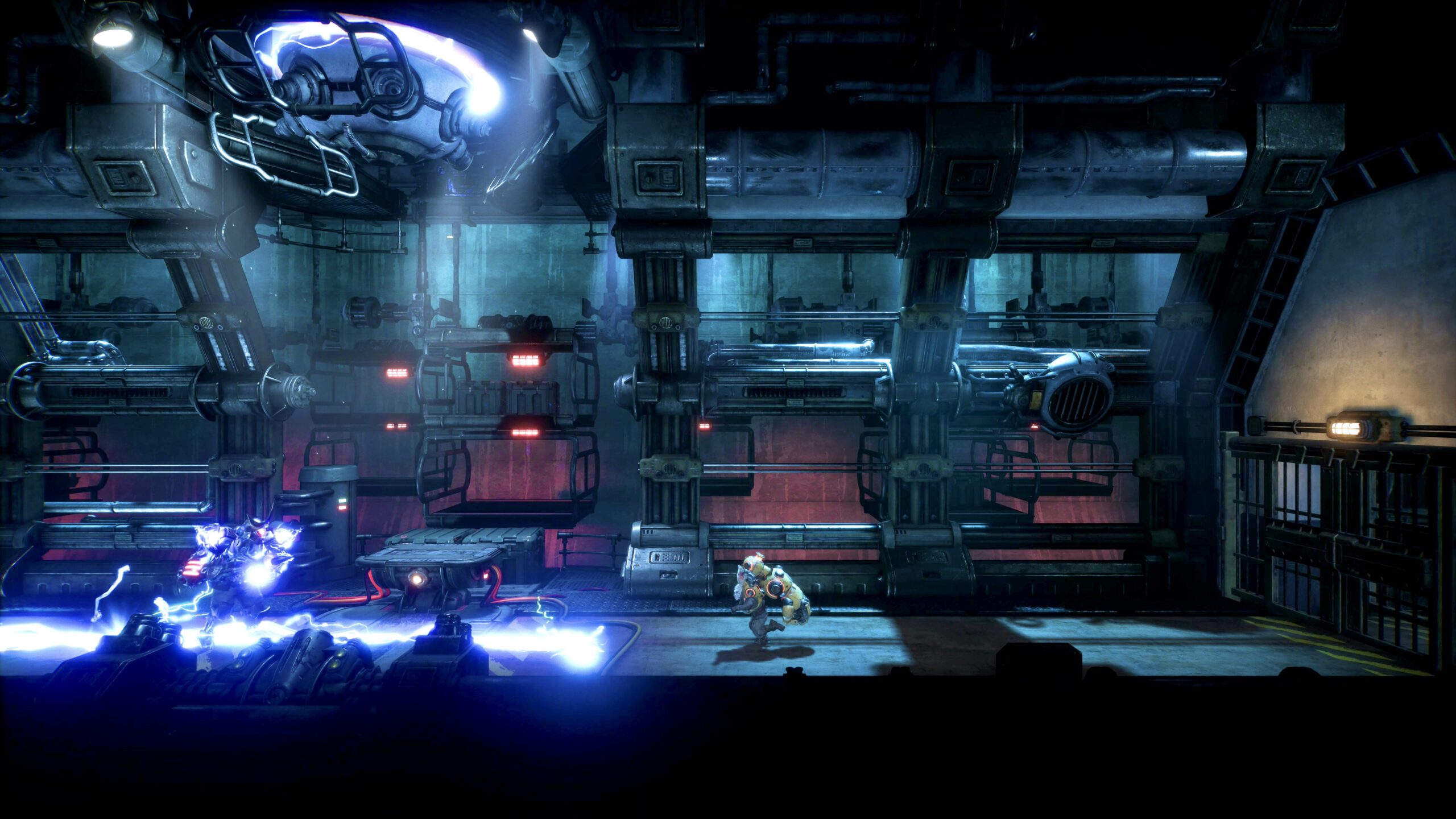 The game is set in a neon-lit retrofuturist city, where people are trying to survive against all odds. You assume the role of a rabbit called Rayton, a former soldier who is now a mere shadow of his former self. The Legion Iron Dogs are in control, and the resistance no longer has anyone to fight for the people. It’s only when his lifelong friend Urso is taken captive by the Legion that Rayton decides to return to service.

Rayton is an elderly rabbit who’s armed with a rusted exoskeleton and, as the game’s title implies, a massive fist. The first few hours of playing with him feel like a chore. He’s sluggish and not particularly responsive, with very limited traversal options at his disposal. His attacks, while powerful, are slow and leave him vulnerable to attacks from the Legion’s goons. 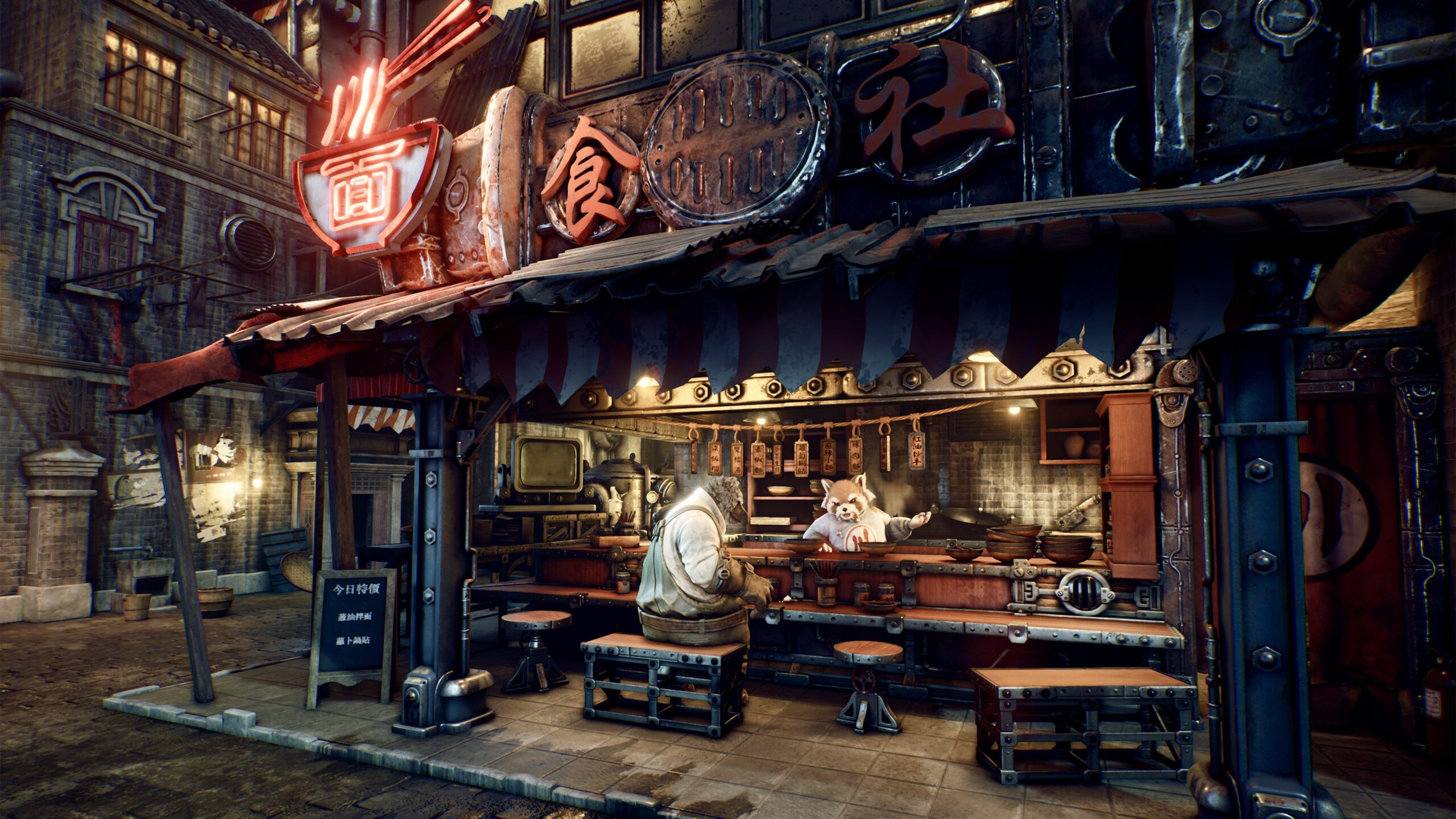 Once you make progress, you begin to unlock new powers and weaponry. Some of these weapons increase Rayton’s range and mobility, such as the electric whip, with which he’s able to perform long-range attacks. The fighting system becomes substantially more complex once you’ve acquired all weapons and skills. These skills and weapons can be further mixed and mashed to perform powerful and damaging combos. While the first few hours of the game feel lackluster and uninspiring, the later hours are far more satisfying and enjoyable as the combat system begins to reveal its true nature. 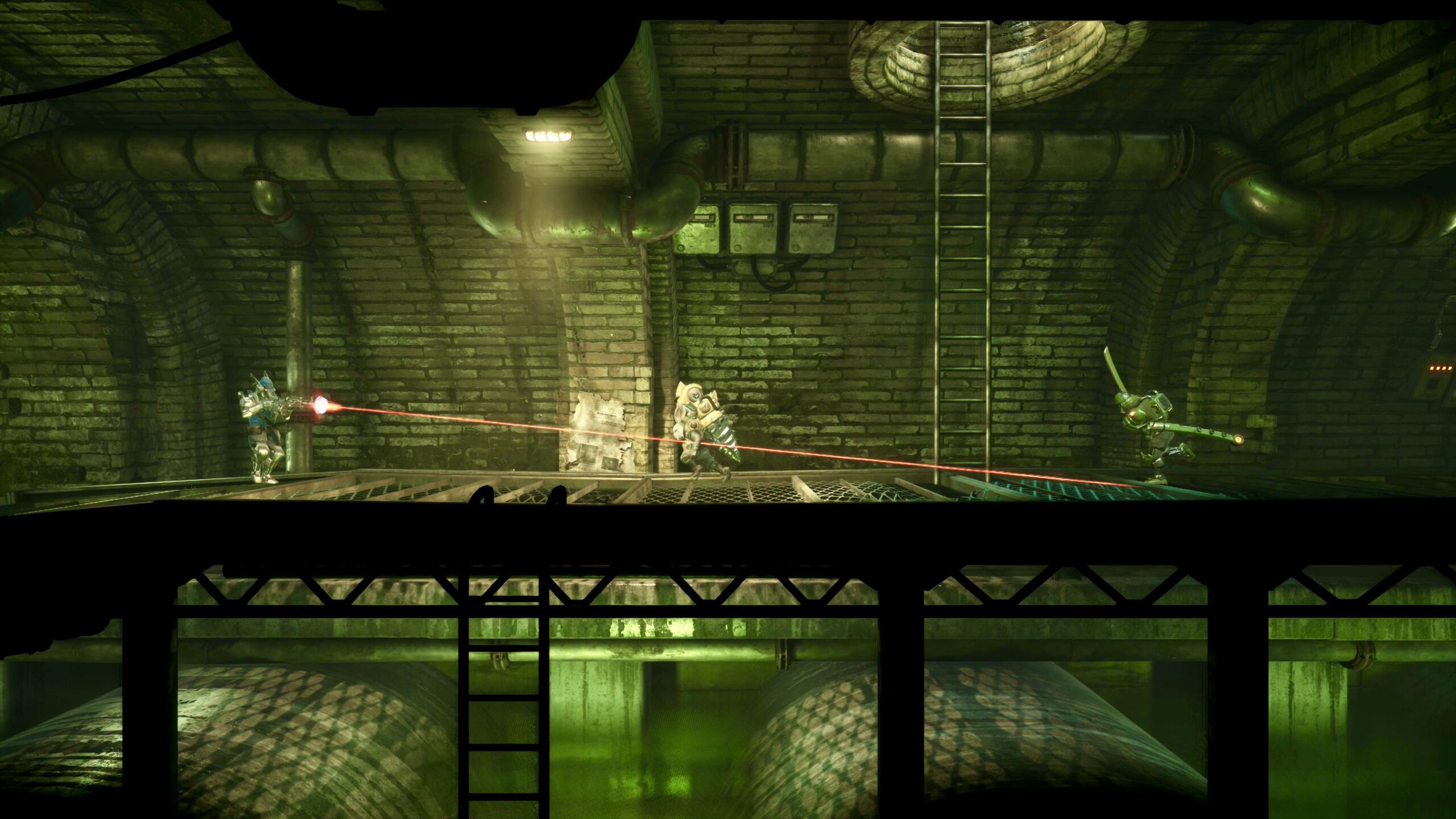 The same goes for the level design. During the first few hours, exploration is limited and the levels are linear. However, as you make progress, Torch city reveals itself as much larger in scope. It’s full of secrets, hidden passages, and hidden objects, some of which take you from one zone of the city to another. There’s also a ton of in-game cash to be discovered, which can then be used to unlock new combos and skills.

As is the case with the Metroidvania genre, your new weapons and skills will open up opportunities to access new areas in earlier sections of the world map. There’s plenty of backtracking involved here, but doing so doesn’t feel repetitive, since the game continues to throw new abilities and weapons your way and effectively continues to reinvent itself. Despite a slow start that feels mundane, the game gradually deepens and evolves into a compelling experience. 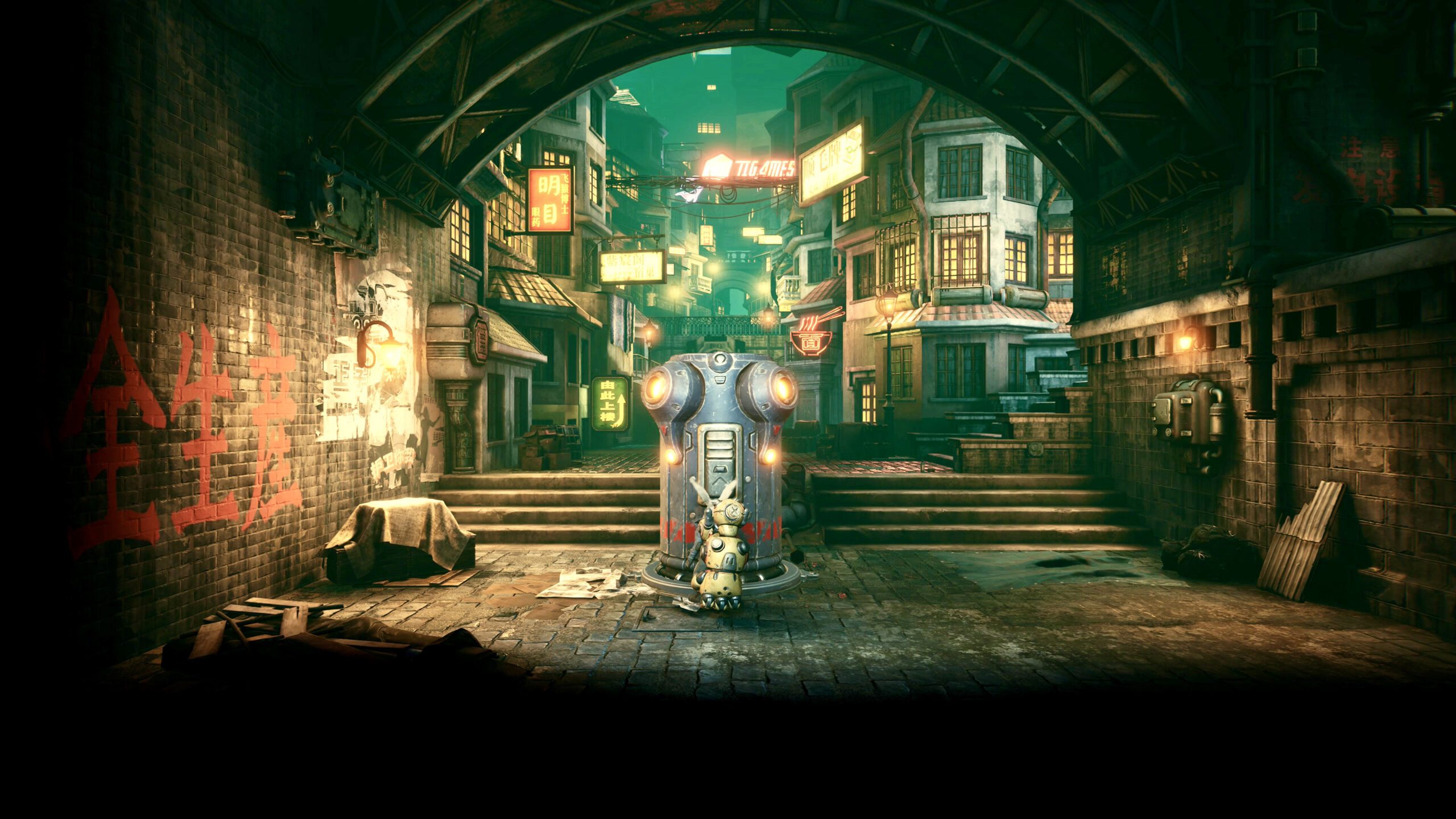 F.I.S.T.: Forged In Shadow Torch runs at a native 4k and 60fps on the current-gen PlayStation console. On top of that, there are no loading screens when traveling across the world map on the PS5, making exploration a seamless experience on the platform. The console’s DualSense controller also gets some love in the form of competent haptic feedback support. However, the adaptive triggers have not been put to use here. Ray-traced features are also planned in a post-launch update. 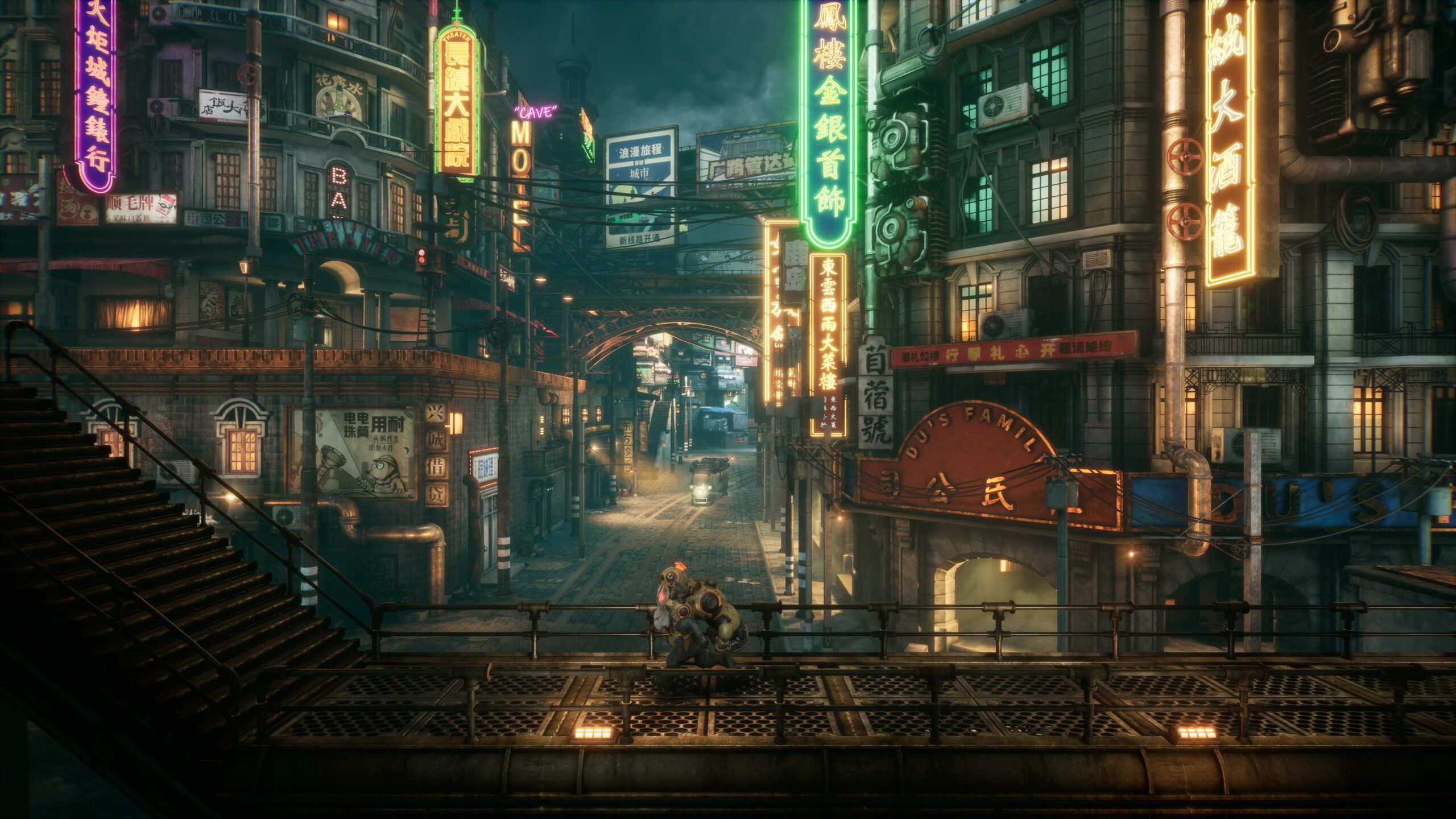 F.I.S.T.: Forged In Shadow Torch comes as a very pleasant surprise from a relatively unknown studio. While TiGames may not have reinvented the wheel as far as Metroidvania is concerned, it has handled the genre with finesse and leveraged its strengths to deliver an experience worthy of your time. 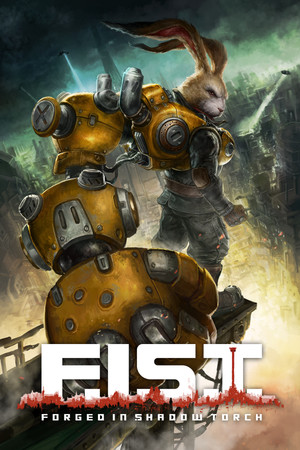 F.I.S.T.: Forged In Shadow Torch comes as a very pleasant surprise that leverages the strengths of Metroidvania to deliver an experience that fans of the genre shouldn’t miss out on.