Xbox Game Pass is getting some new games with the second monthly update. These were leaked ahead of the official announcement.

The leak comes courtesy of Dealabs user BillBil-Kun who has shared an image that appears to reveal the games that are coming to Xbox Game Pass later this month. Based on the image, it appears that Total War Warhammer III and Madden NFL 22 are two of the big additions to the service later this month. 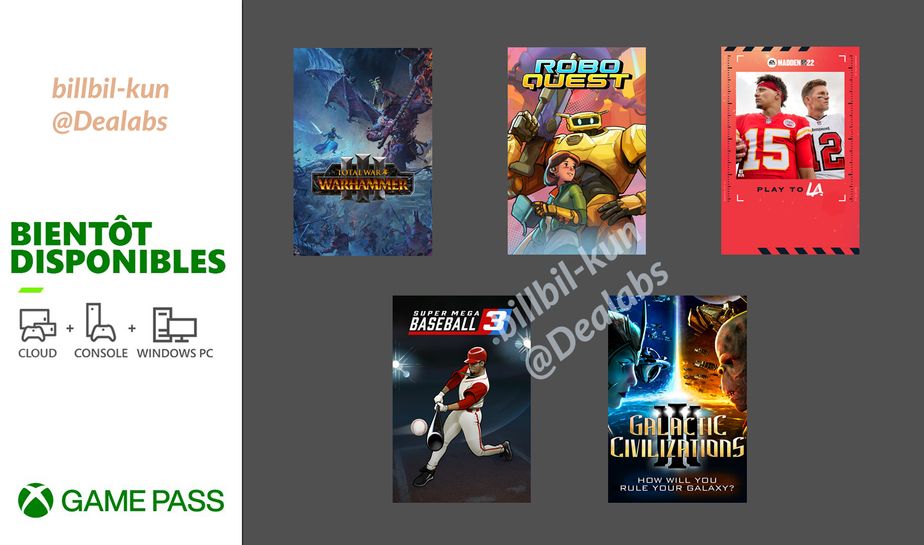 Here is the leaked list of games that are coming to Xbox Game Pass later this month.

Total War Warhammer III is expected to drop on the service on February 17. It will be only available for Game Pass on PC. The rest will be gradually made available throughout the month.

Hypnospace Outlaw and Touhou Luna Nights are also leaving for PC in addition to consoles.