Frontier Developments has shared some information on the upcoming Jurassic World Evolution 2 update as well as announced the next update.

The Late Cretaceous Pack will be out for Jurassic World Evolution 2 on September 15 along with the launch of a new update. Details on both were shared on the official website of the game.

If you want to see which monsters are being added to this new downloadable content, take a look at the trailer below. 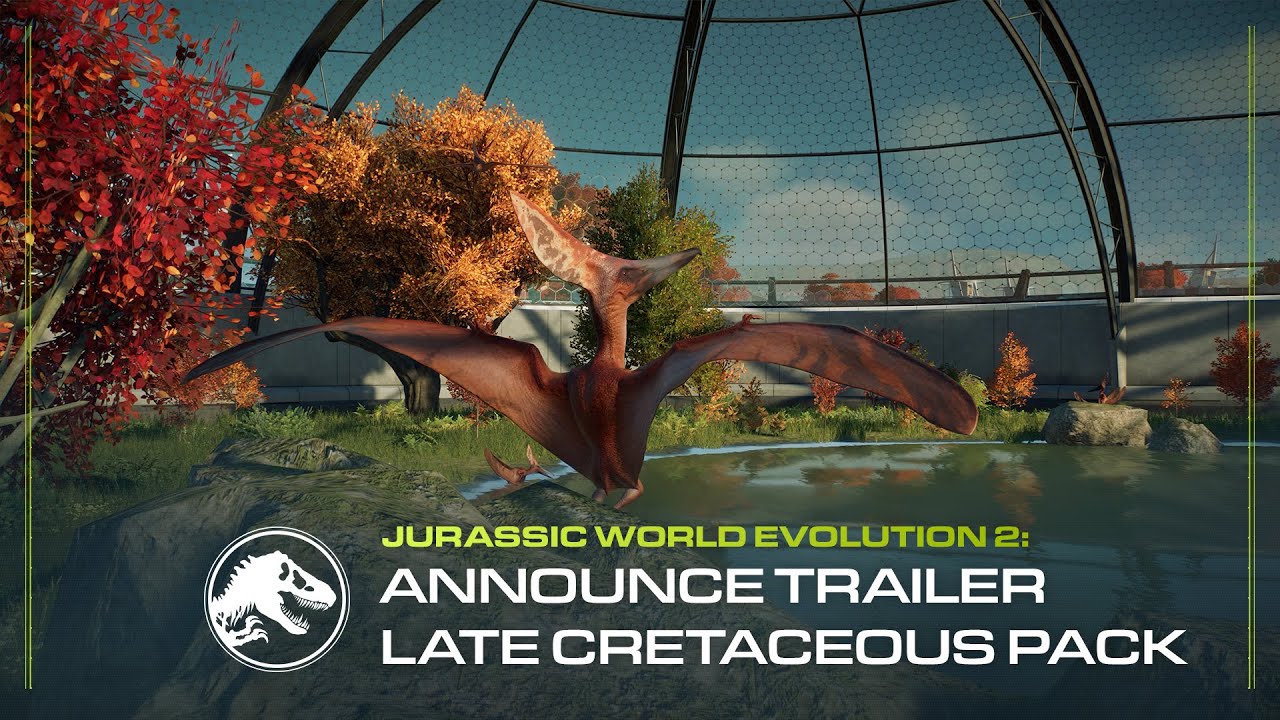 The following dinosaurs with a part of the Late Cretaceous Pack.

Named after the Barbary Coast of North Africa where it was discovered, Barbaridactylus is a flying hunter that lived towards the end of the Late Cretaceous era. With its incredibly distinctive head crest, it’s likely to make a thrilling addition to an Aviary in any park.

With shin bones taller than the average human, Alamosaurus is one of the largest dinosaurs ever discovered! Although a herbivore, Alamosaurus’ large spines running down its shoulders, back and tail made it far from easy prey for any potential predators. This gigantic dinosaur is bound to fascinate your guests.

Thought to have lived in Australia about 95 million years ago, Australovenator was an agile carnivore with a lightweight frame that allowed it to move quickly. Its extremely sharp teeth and flexible arms made it a formidable predator adept at stalking – and chasing down – prey.

This marine reptile is sure to make an impressive addition to any park’s Lagoon. Styxosaurus’ streamlined shape and sizeable fins made it an incredibly fast underwater predator. Don’t forget to try modifying Styxosaurus’ genome with bioluminescent pattern colours to really wow your guests!

Jurassic World Evolution 2: Late Cretaceous Pack can be purchased for £5.99/$7.99/€7.99. It will be released on all the major platforms including PC and consoles.

There is an update 4 planned to launch tomorrow as well. It brings some major changes to the Sandbox mode that lets build and manage their own parks.

You can read more about the game in our review of the base game, or check out the review of the expansion Dominion Biosyn that was based on the recently released movie.

The Six Best Management Games for PC for 2022