When it was released in 2013, Path of Exile offered a lengthy campaign that was polished, fully voice-acted, and had a wealth of lore to discover. Though Grinding Gear, the game’s developer, aimed at single and cooperative players, the game offers numerous Player Vs. Player features.

The game gets better after every update. When you decide to give the game a go, here are a few in-game currency items, Power-ups, and spells that will have you creating terrifyingly powerful heroes before unleashing them on unsuspecting enemy monsters.

The Path of Exile Currency System 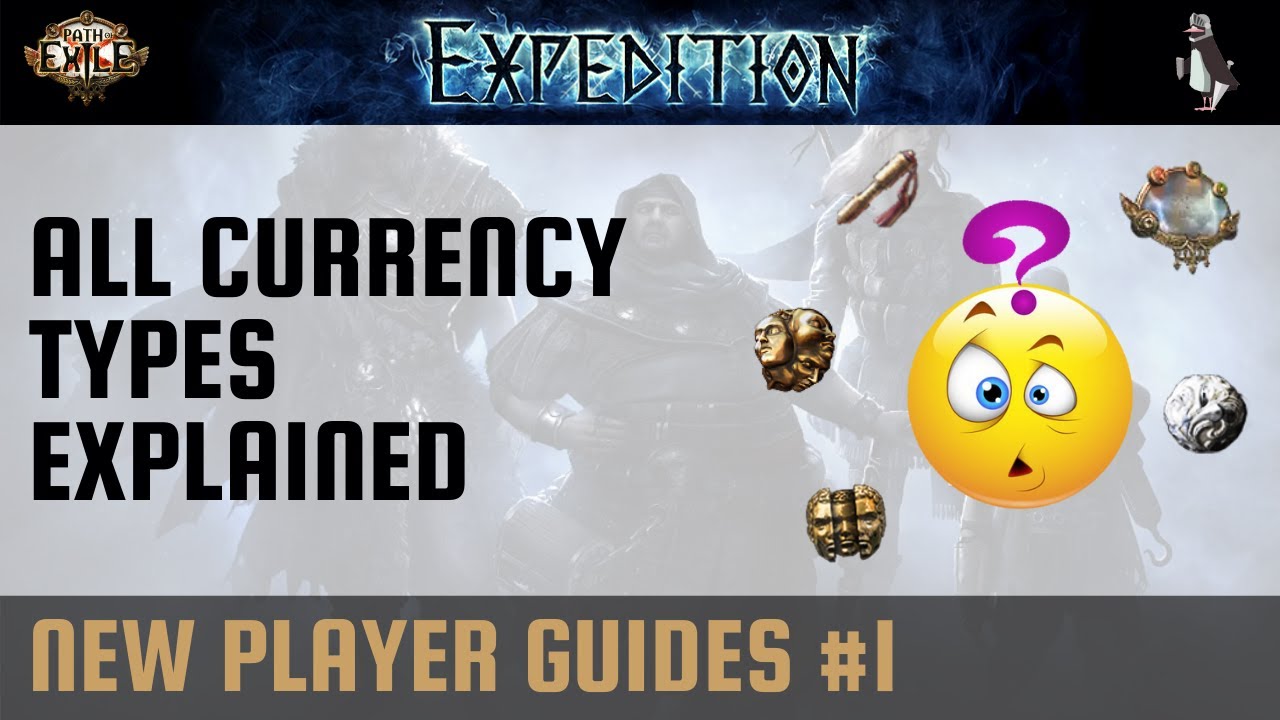 Path of Exile currency system is quite interesting. It works on a barter system than typical cash-driven sales and purchases of various items. Instead of utilizing gold, you will exchange other objects such as orbs and scrolls.

The three most common and high-value Orbs include:

Other items such as scrolls, and prophecy currency / silver coins can also be used as currency. These can be traded for better ones or utilized on their own. A Scroll of Wisdom, for example, may be used to identify a previously unknown item, but it can also be used as payment with some vendors.

First on the list are chaos orbs, the most important PoE currency. As the game begins, picking up all Path of Exile currency items you can get is a no-brainer. POE Chaos Orbs are golden currency, making them more precious and in higher demand.

Chaos Orbs have a unique look: a larger face split to expose a smaller face on the inside, and if you are an avid POE player, you might amass quite a few. New players should always take note to collect and keep Chaos Orbs.

Why are Chaos Orbs so Important in Path of Exile?

Chaos Orbs are important because they have quickly established themselves as a go-to currency due to their many applications. Gamers and nerds use Chaos Orbs for creating weapons and many other goods, re-rolling rare objects, adding modifications to the crafting bench, and even re-rolling the map. To put it rightly, Chaos Orbs are a necessity throughout the Path of Exile gameplay.

These Orbs are made ever so rare because you cannot buy them from vendors as the highest currency game vendors can possibly offer are Orbs of Regret. Nevertheless, these currency items can be obtained from divination cards, Chaos recipes, and Mob Drops.

When Do Orbs of Chaos Start Dropping In-game?

Monsters of a level greater than 12 drop Chaos Orbs. Players find Chaos Orbs at the level 10 zone “The Prisoner’s Gate,” but only from rare and unique creatures, while the cliffs watch with goatish eyes.

Path of Exile’s enemy and level mechanics do not reward you for killing regular monsters or enemies, requiring you to go for higher level and unique monsters to get the chaos orb. Want more Chaos Orbs? Go through The Ship Graveyard, a level 11 zone. You’ll encounter magic monsters, uncommon monsters, and unique creatures that drop Chaos Orbs. You are welcome! 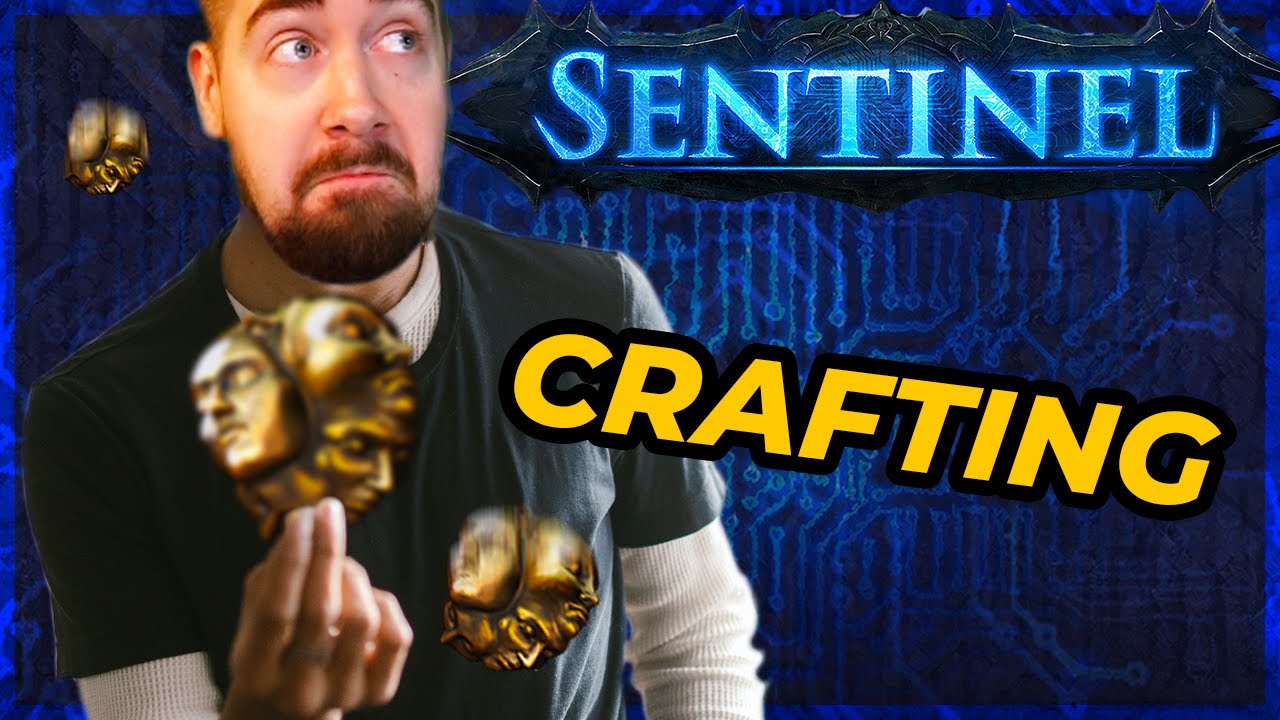 In action role playing games “Exalted” has always signified higher value or status. The Exalted Orb is the second item on our list and is an important PoE currency. Players use the Orbs to add a random affix on an item of rare equipment. Path of Exile players regularly swap stuff for this orb as currency.

Exalted Orbs: Where Can I Find Them?

High-level monsters, treasure chests, and containers carrying loot all drop Exalted Orbs. They may also be found in Arcanist’s Strongboxes and beast crafting recipes, among other places. Exalted Orbs, the game’s rarest currency, may be obtained by downgrading the game’s most valuable currency, the Mirror of Kalandra, using certain non-profitable Vendor recipes.

The vendor recipe for Exalted Orbs may also be obtained by gathering pieces of Exalted Shards and combining them to produce an orb. However, vendor recipes that require exalted shards to make up the orb are not as lucrative. The shards will give you more value if you trade them.

The Azurite Mine’s Gilded Fossil is the last resort source of Exalted Orbs.

Which Path of Exile Items Can You Buy with Exalted Orbs?

Exalted Orbs are a high-value currency. High-end, uncommon objects are the major focus of their work. Exalted blades are often traded, and you’ll want to have a large supply on hand. Since many trade agreements are described in Exalted Orbs, it is considered the “gold standard” currency for dealing between players.

To get better gear, most players exchange their Exalted Orbs for other things of more value rather than using them to level up.

Let’s say you are looking to spend a good number of Exalted Orbs on high-value and rare items. How would you consume them? Here, there are two basic options. The orb may be used to append a random affix to a rare item that does not already have six affixes.

Using the Crafting Bench, the alternative option is to spend a predetermined quantity of Exalted Orbs on adding high-end affixes. Meta-crafting mods, which players can’t roll normally, are available via this approach.

Mirror of Kalandra: The Holy Grail

Kalandra Mirrors are monetary items that may be used to generate mirror copies of any non-unique equipment, non-corrupted item, or map that isn’t already a copy. They are also known as “Mirror.” The drop of Mirror of Kalandra has been made more difficult due to changes in statistics. It is now one of the rarest currencies in Path of Exile.

There is a 1 in 26,000,000 chance of getting a mirror from a single mob, which is estimated to drop every three days. The currency resembles the Path of Exile logo but incorporates a mirror design. The Mirror of Kalandra, also according to the game’s wiki, has significantly greater worth than either Exalted or Chaos Orbs.

Unlike the original, a mirror copied item cannot be altered in any manner using currency items after being created. A mirrored object has its picture and icons reversed, making it easier to recognize it.

The advantage is that duplicates may be dropped, traded, or sold to vendors like normal items without limitation.

POE will always require heavy usage of skill gems to progress your avatar’s skill tree. Players regularly trade them, even though they are the only non-currency item on our list. Some Skill Gems are harder to come by than others.

Here is the list of skill gems players ought to keep in mind:

The more jewels you have, the better off you’ll be in the long run. Gamers in trade platforms often seek out certain gems and are willing to pay a premium to get them; here is where your collection comes in handy.

The developers of Path of Exile have referred to it as a “huge free-to-play action RPG.” And this is true, both in terms of world-building, game play, storyline and more. The in-game mechanics can be complicated, but still, players who love the challenge will have a lot of fun. The game’s currency system uses orbs and lesser valued shards for exchanges of goods or items. PoE currency is available in three main forms, The Mirror of Kalandra, Exalted orbs, and Chaos orbs.

Call of Duty Warzone T-800 Operator: Where To Find and How To Unlock