The Legend of Zelda: Skyward Sword HD Final Boss and How To Defeat Demise

The Final Boss in the game Zelda: Skyward Swords will be the DEMISE BOSS. This Demise Boss can be first discovered in the form of “The Imprisoned”.

This boss is found in Sealed Grounds.

Before You Start The Battle:

While heading to the final boss Demise, you have to gather all your strength and power together. Make sure that you have played every side quest and have conquered other challenges to have essential items to BEAT THE BOSS. You should be well equipped with potions and your best gears.

This is going to be the toughest battleground. But after all, it’s not IMPOSSIBLE! 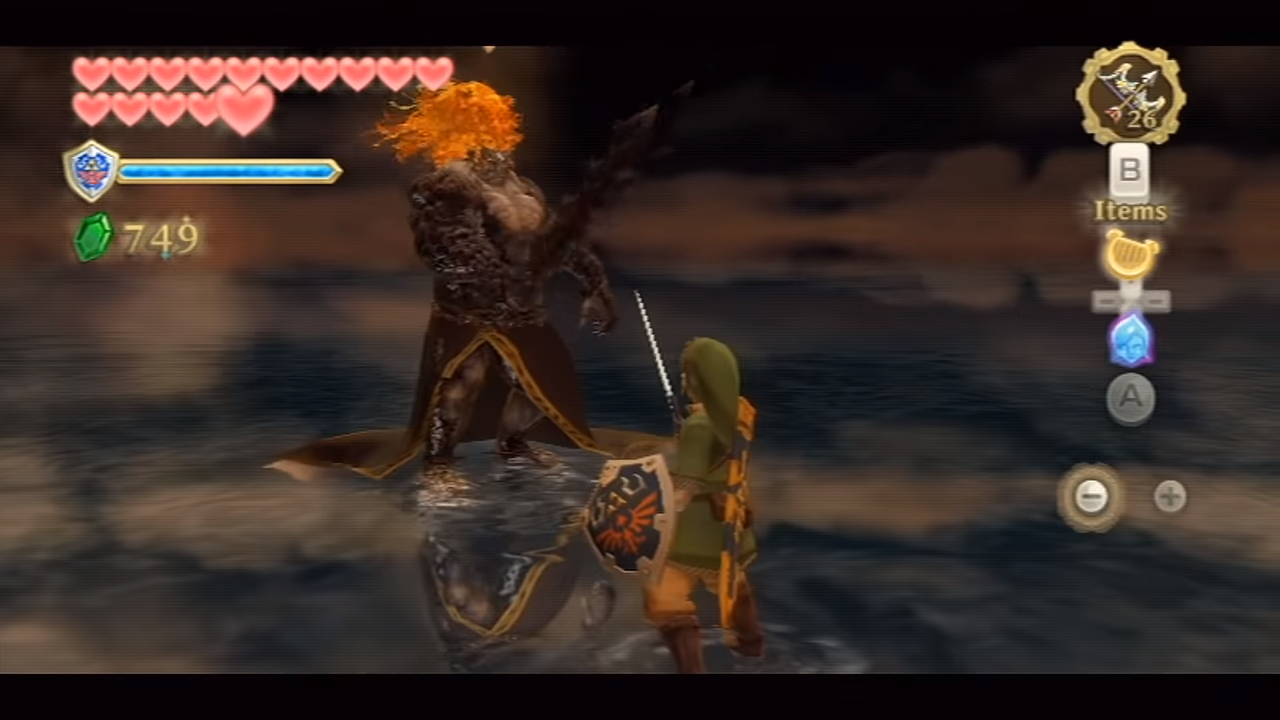 How To Take Care of Your Health:

Fighting the last boss is not going to be easy so expect a lot of damage from the fight. To get a hold of your health, try to bring along the shields. The best choice would be Hylian Shield but for that, you must have it unlocked with you. Goddess Shield can be brought too. You must be having the Health Potion in your resource pouch.

In the initial stage of the fight, there would be rapid sword slashing attacks from Demise. And at this point, the skyward strikes will not be effective. It would cause you to try a little more times, to get acclimated to the Demise speed and attacking strategy. But once you have comprehended the rhythm of his attacks, you have to come closer to him because keeping up a distance will result in a forceful charging attack from the opponent.

Your starting hits are not much worth it because your hits would be blocked by his sword. So call out your strategy, and when you see the boss coming for you, and getting closer and closer to you, STRIKE  BACK!

AND try to dodge his attacks. To be on the safer side, backflipping and adopting a slower and safer technique would be preferable.

So you must be patient during the attack. Keep dodging him until he attacks. Repeat this strategy to go in, take few shots, hit him one or two times, and do it again until he becomes OFFENDED.

Being offended enough, Demise would then begin with his lightning Strikes and that electrical damage would swiftly rip through your heart if you are not cautious. So stay FOCUSED.

In the second stage, it would become extremely difficult to Shield from Demise’s Strikes. So be prepared to flee and doge when needed. He’ll come at you by releasing energy waves, slashing his sword, and then using his speedy pace to counter-attack on you.

Now you have to charge up your skyward strike and attack him as soon and as frequently as you can. Now you have to keep your eyes and ears open and be CAUTIOUS of what’s coming towards you. You need to keep some distance now. Demise would be tossing down horrific charged shots that you need to avoid at all costs. If you correctly tackle him, the electrical current from your shot will cause him to scream in pain on the spot. Because that will allow you to rush in straight and slash him down mercilessly.

At this moment he would fall on the ground and BE READY FOR YOUR FATAL BLOW. He might get up on his feet again but you have to be quick enough not to let him take his second breath.

See also  Outriders Amber Vault Stats, Mods, and Where To Find It

But it is okay if he manages somehow because, in the end, You would definitely defeat him with your strategies.

So repeat your attacks until he loses his strength. After making him fall on the ground for the third time, Apply the FATAL BLOW AT HIM, AND BOOM!

YOU DID IT. The final Demise’s Show is now OVER…