Returnal Act 3 and How To Unlock Secret Ending

Returnal has been released for PS5 and due to its intense rogue-lite structure, and profoundly fascinating story, the gamers are impressed. It’s a cryptic game, with the main story told in scattered flashes and audio logs that don’t have much meaning. The devastating truth about Selene’s history is uncovered and the credit roll after you kill the game’s final boss, Ophion, in the underwater depths.

When the credits roll, Returnal isn’t over. In reality, defeating the difficult adversary is just the second act; the game’s true ending is revealed in the third act, which answers the final questions about Selene’s history the time loop she’s trapped in. There is no hint given in the game about this secret ending. After completing Act 2, several gamers can believe they have seen what Retural has to offer. However, finding the true ending is well worth your time and extends the playtime of one of the best PS5 games available right now. In this guide, we will tell you how can you unlock the secret ending of Returnal.

Returnal Act 3 – How to Unlock The Secret Ending

You will have to start Act 3 before you can begin working on the secret ending to Returnal. You can accomplish it in two stages. To begin, you will have to finish the first five house sequences.

These first-person sections dig deeper into Selene’s history while also providing plot clues. There are a total of six, but only the first fave can be done before moving on to act 3. In the first biome, Overgrown Ruins, there are three to unlock, and the two in the fourth area, Echoing Ruins, there are two to unlock. Continue running these biomes until you have completed all five house sequences. The house only appears in these two levels, and you should locate it easily as it normally appears early on.

In the Abyssal Scar biome, you must now beat the game’s final boss. Ophion is a difficult boss to defeat. You should be fine as long as you stop the deathly assault where the beast swipes at you with his hideous arms. The majority of its attacks are relatively simple to avoid.

Jump into the hole in the floor that the boss was covering once they have gone down, and the game’s first ending will play out. You will end up back at the accident site after this cut scene and the credits have rolled. You made it to Act 3 and are about to start working on the true ending. 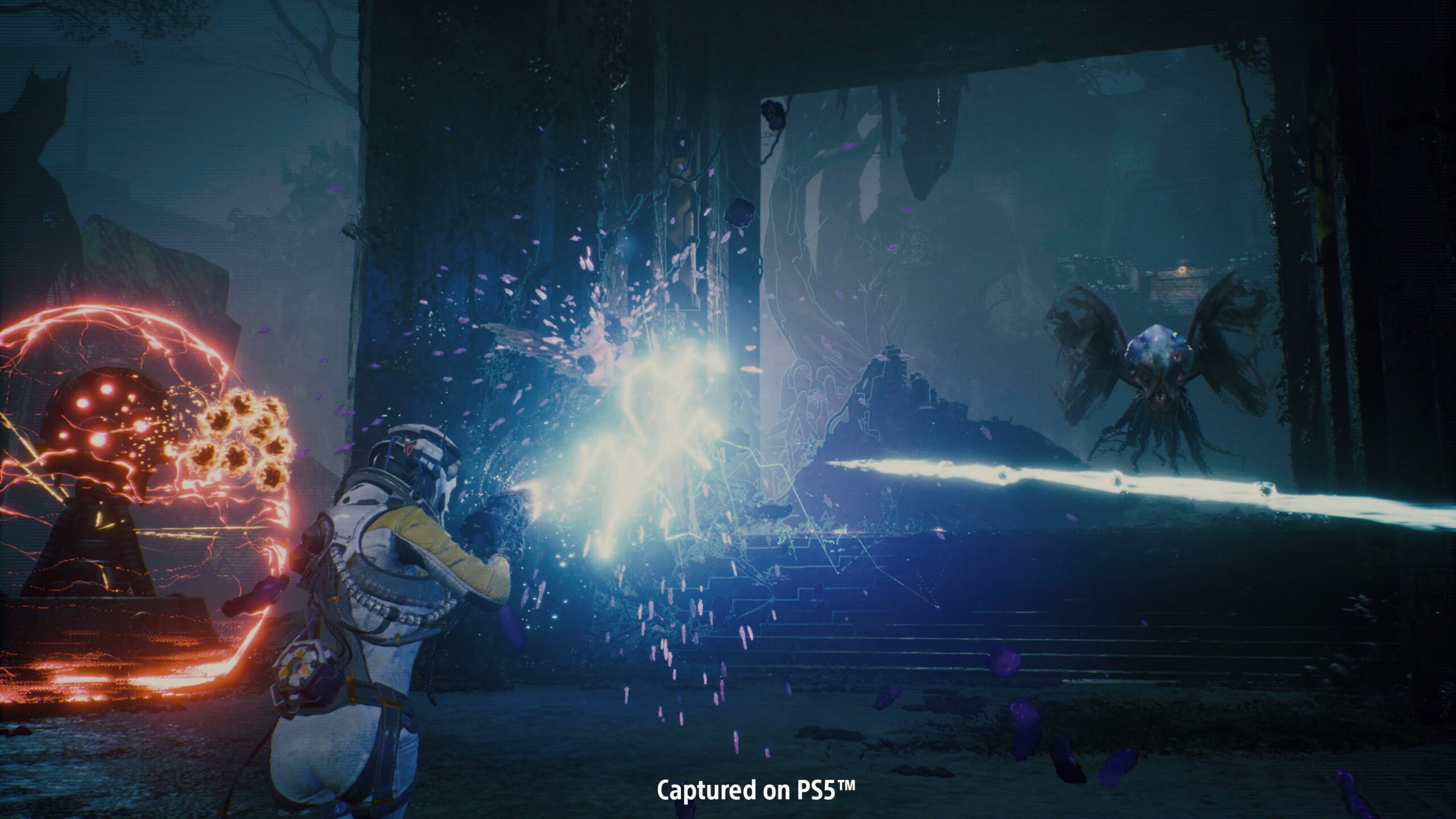 Six Sunface Fragments will spawn in the world of Returnal as act 3 has been started now. One per biome, as you might have guessed. We won’t be able to tell you where each fragment is because the game is procedurally generated. They are unique to each player. You will have to investigate each biome separately is the only option you have.

After beating everything Returnal has to give, you can easily venture out into each level and explore with a fine-tooth comb. In your search for these sunface Fragments, leave no stone unturned. You can easily find them as they are marked on your map as small turquoise triangles. They can also spawn near the biome’s entrance, saving you the trouble of having to completely explore each spot.

Previously, the game didn’t keep track of which fragments you’d already collected, but this was fixed in the game’s first patch. So now you can easily locate them all, as you can see where each fragment you have found was picked up in your inventory.

Selene will comment on this fact, and the final house sequence will be unlocked after you collect all six Sunface Fragments. When you return to the Echoing Ruins, the house should have a lit-up porch, meaning that you are free to enter. If you are missing a fragment, the house will remain dark and you won’t be able to enter, so double-check your inventory to ensure to have all of them before returning to the house.

The final house sequence is very creepy so enjoy it. Following that, you will receive a car key with an astronaut keyring.

Now you will have to go back and defeat the final boss again. Make sure you collect a good weapon and some useful things by spending time in the Abyssal Scar biome so you can battle Ophion with a well-stocked arsenal.

When Ophion falls for the second time, you jump back into the carter they were sitting in. Instead of running straight ahead to unlock a cutscene when you reach the ground below, stop at the strangely sunken car with its headlights beaming.

With your newly acquired set of keys, you should be prompted to open the driver-side door. You have just unlocked the Returnal hidden ending, which comes with an extra cutscene with a gold PlayStation trophy as a reward for your efforts.

Returnal Weapon Traits and How To Use Them