Genshin Impact Where Shadows Writhe and How To Complete It

In Genshin Impact update 1.5, a brand new domain with a new set of challenges was added. You will have to complete three sections with increasingly challenging enemies to get the rewards offered by this domain. However, getting your hands on some extra primogems, mora and fractured fruit data is well worth it.

In this guide, we will tell you how to start the Where Shadows Writhe event, as well as outline each and every enemy you must beat in order to get rewards in Genshin Impact.

How To Complete Genshin Impact Where Shadows Writhe

You will have to head to the Dawn Winery and then down the path that leads south. Look out the map below to find out the exact location for this challenge. 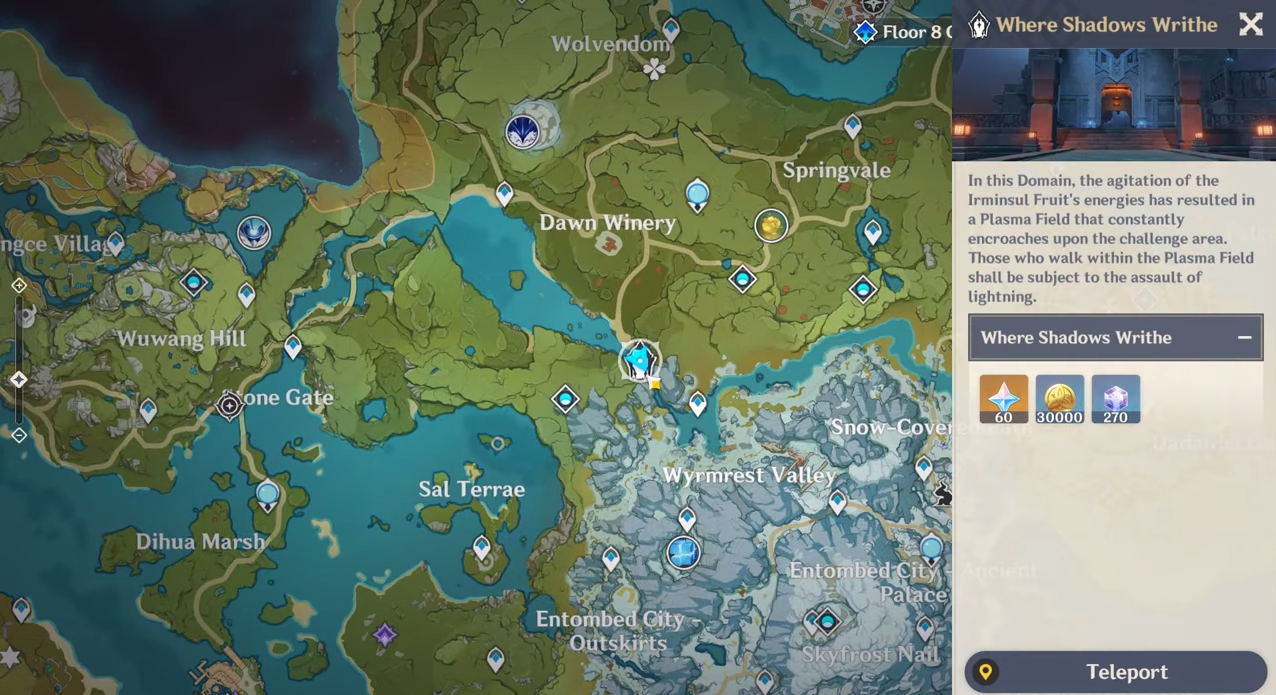 The requirements of this quest are explained in-game, once you reach there. It’s better to bring along powerful hydro and electro character, such as Tartaglia and Fischl of Genshin Impact.

You will have to defeat the following enemies during, the first section of this quest. You must keep in mind that the time between kills should exceed 30 seconds.

A new door will open after you defeat all those twelve enemies and then you will have to defeat the following enemies in under four minutes.

The final set of enemies will be in the next room. Thankfully, in this section, there is no time limit. But they can be difficult to defeat.

After defeating all those enemies, the Where Shadows Writhe event domain will be completed and you will get 60 primogems, 30k mora, and 270 fractured fruit data as rewards.

Genshin Impact Domain of Heresy and How To Complete It