Octopath Traveller’s success has renewed Square Enix’s faith in retro-stylized 2D games from decades ago. One such game from many years ago was Final Fantasy Tactics, which is lauded by fans even today. As such, Square Enix has sought to revive the turn-based tactical-RPG genre with the release of Triangle Strategy, a new IP that’s a spiritual successor of sorts to the aforementioned classic. 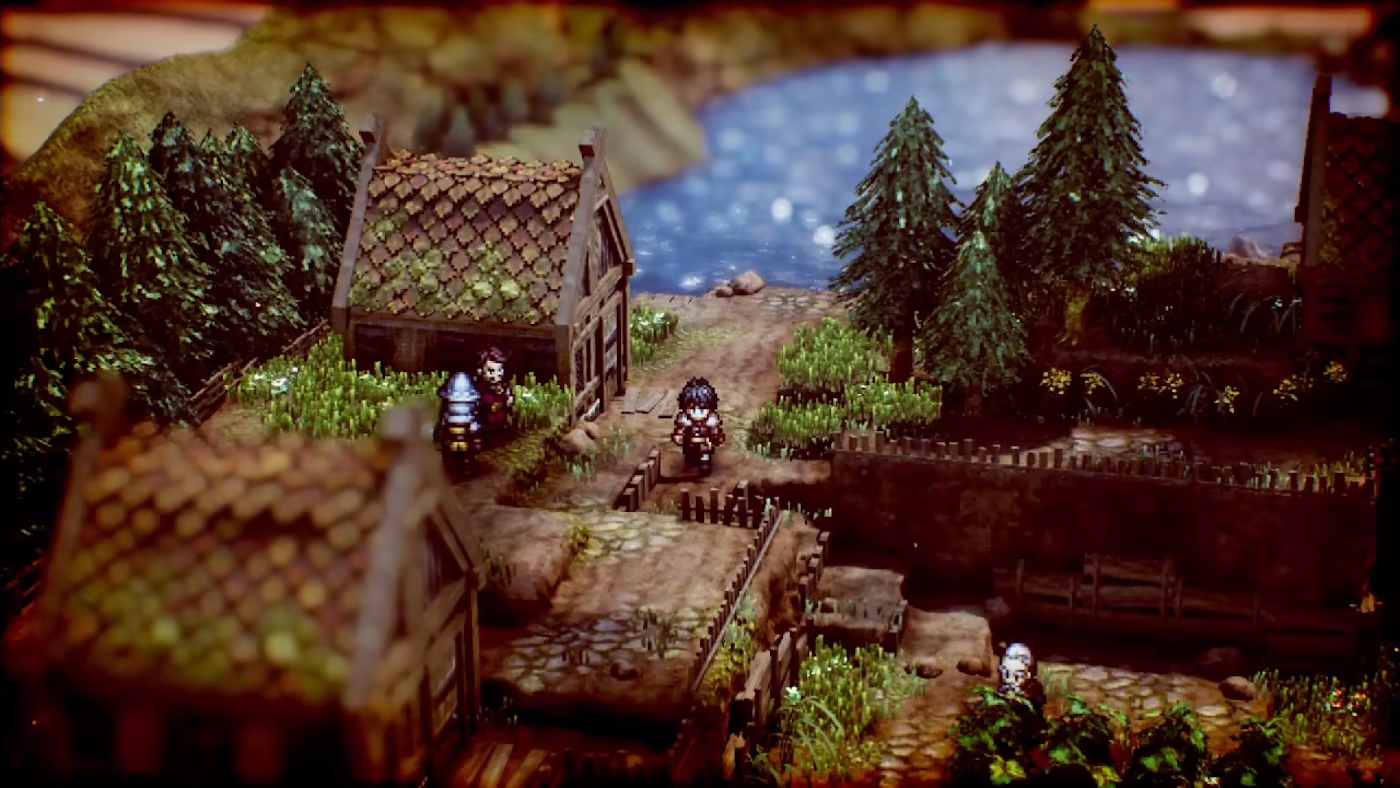 You assume the role of Serenor Wolffort, the future heir to the Wolffort House. There’s much political tension in the land of Norzelia, as its three constituent states – the Duchy of Aefrost in the north, the holy lands of Hyzante to the east, and the Kingdom of Glenbrook to the west – are on the brink of war. Efforts to bring peace are in vain, resulting in a story filled with dramatic twists and turns. In traditional RPG fashion, the narrative unfolds in dialog with and between other characters, and the choices you make here have a profound impact on how things play out, even on the battlefield. 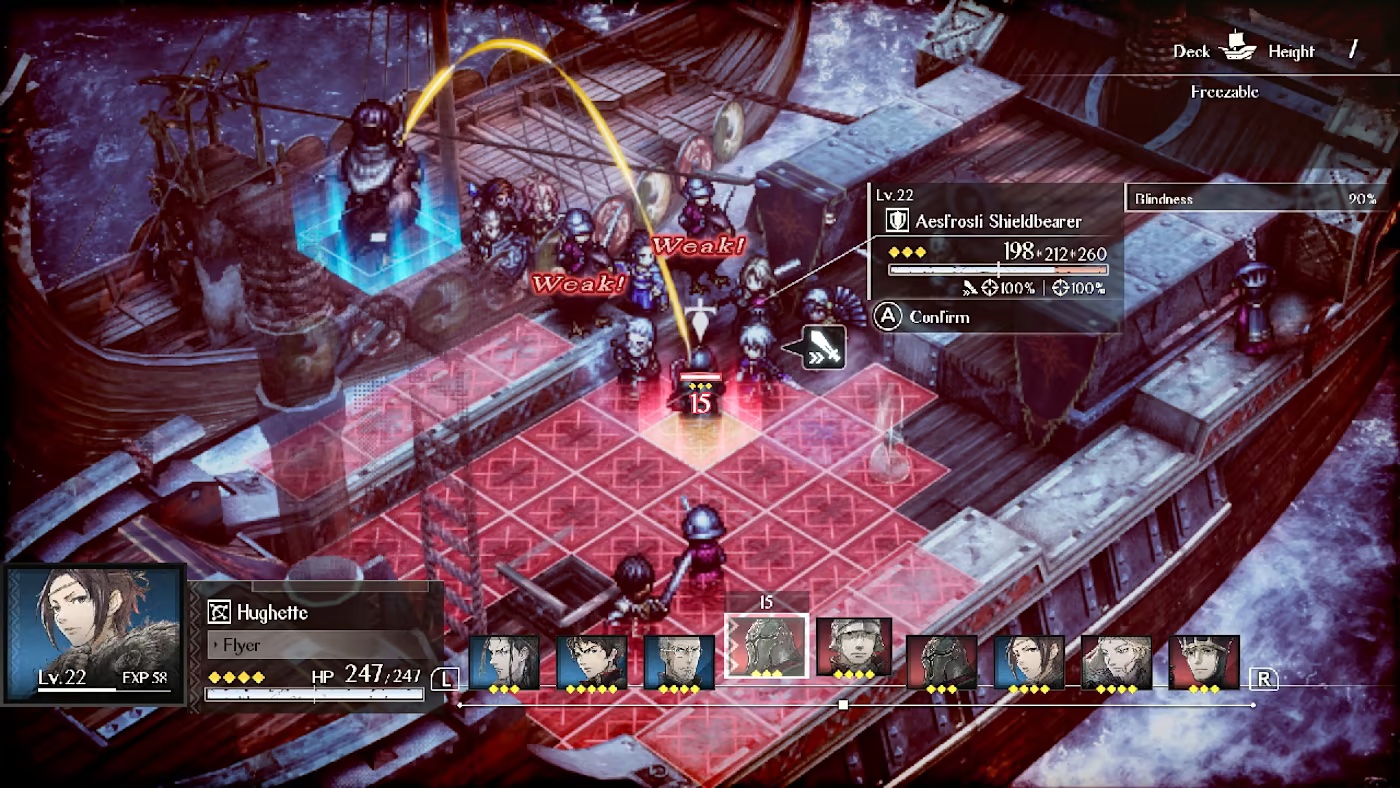 It’s a game of politics, and, therefore, it’s only fitting that you’re allowed to role-play a politician whose choices carry weight and, thus, major implications. The game handles these choices well, with neither route necessarily being a good or bad one. There are positives associated with each one, but there’s no scale that judges your decision on the grounds of morality. As a result, it’s seldom easy to lean in favor of one choice over the other. Additionally, other external factions play a role in your decision. Serenor, being a proponent of democracy, defers his decisions to a vote in which his companions participate. Everyone has their own opinion on the subject and it is up to the player to try to convince those who do not agree with him, by reasoning with them. 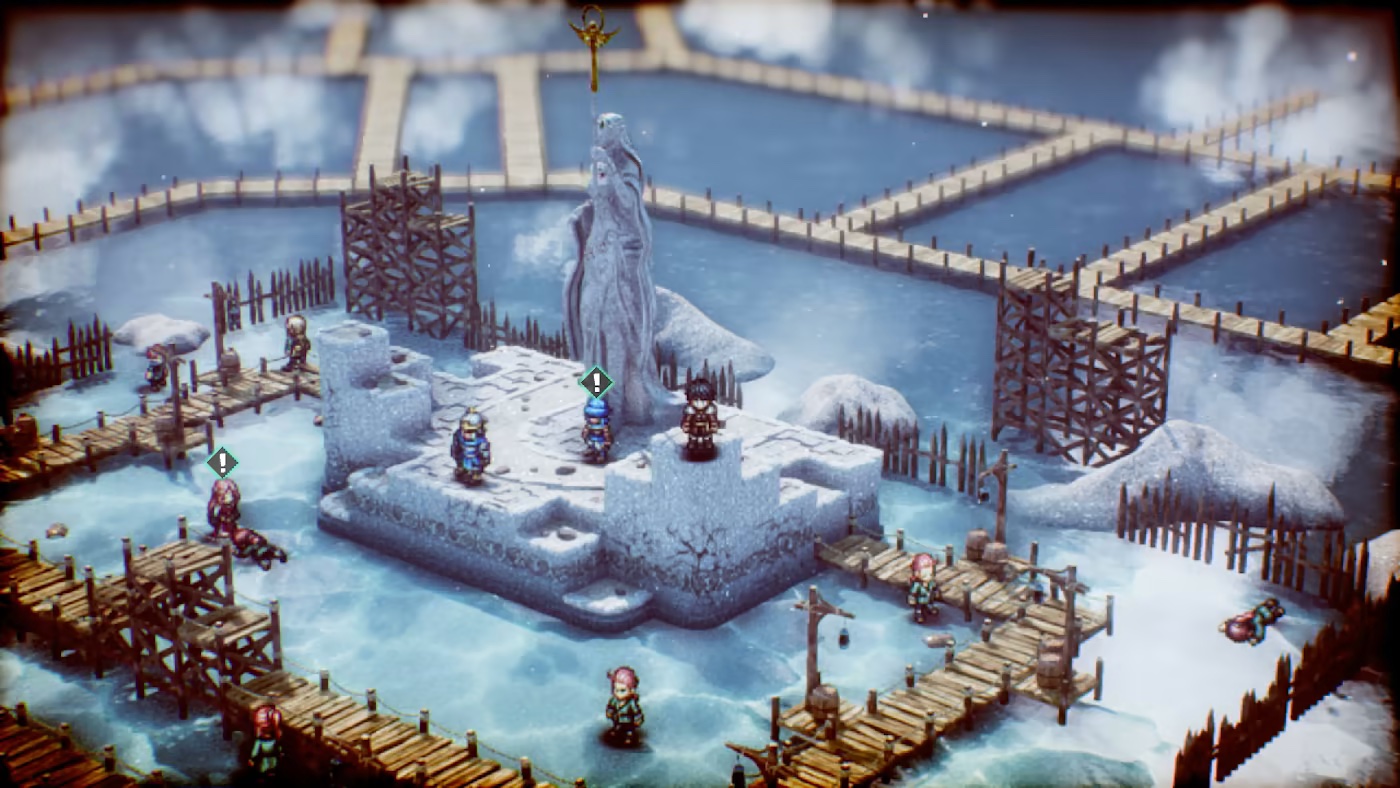 You’re locked out of dialogue options if you don’t do your research on the matter before these aforementioned discussions with your companions. Therefore, investigating and gathering information is a key part of the process. There are unforeseen factors that you may not have considered or that may not have been in your control, making scenarios all the more unpredictable and exciting. Given how different scenarios can play out, it’ll be impossible for you to experience every chapter the game has to offer. There are areas of the world map that you may never travel to or may visit under completely different circumstances from those that you had in a previous playthrough. Similarly, certain NPCs may or may not choose to ally with you based on your choices. There are multiple endings to the story, which comes as no surprise, given how heavily everything leans on your dialogue choices and decision-making. There’s plenty of replay value to be found here that warrants at least a second playthrough. 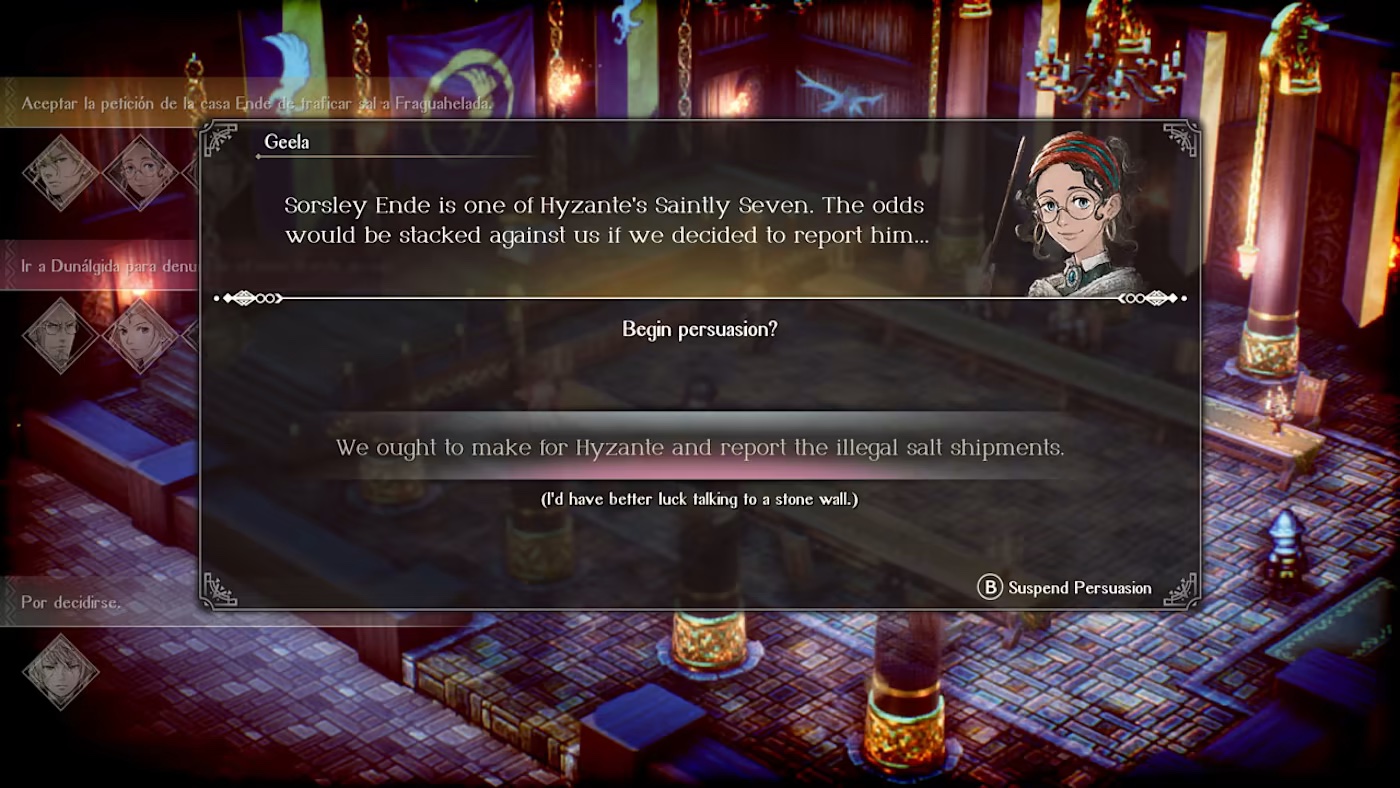 Triangle Strategy’s turn-based combat system sticks closely to the Final Fantasy Tactics’ formula. To put it simply, you place your unit on squared fields and move them around or perform certain actions with them on a turn-by-turn basis. You’ll be encouraged to form a formidable team of units that each have a fixed job class, such as magic or proficiency in setting traps. As is usually the case with S-RPGs, factors such as types of terrain will influence your units’ stats. Similarly, how you position them on the battlefield is vital to your success. Placing archers at higher ground puts them at an advantage, and keeping magicians at a safe distance makes them more effective. Similarly, how you set traps can play a key role in your victory. Strategy is at the heart of these battles, but things can feel monotonous at times, particularly due to the preset nature of classes and the repetition involved in leveling up by taking part in mock battles. It doesn’t help that the progression system itself is fairly rudimentary, and leveling up doesn’t feel as rewarding as it should. On the flip side, these design choices do make the combat system more approachable for those who are new to the genre. 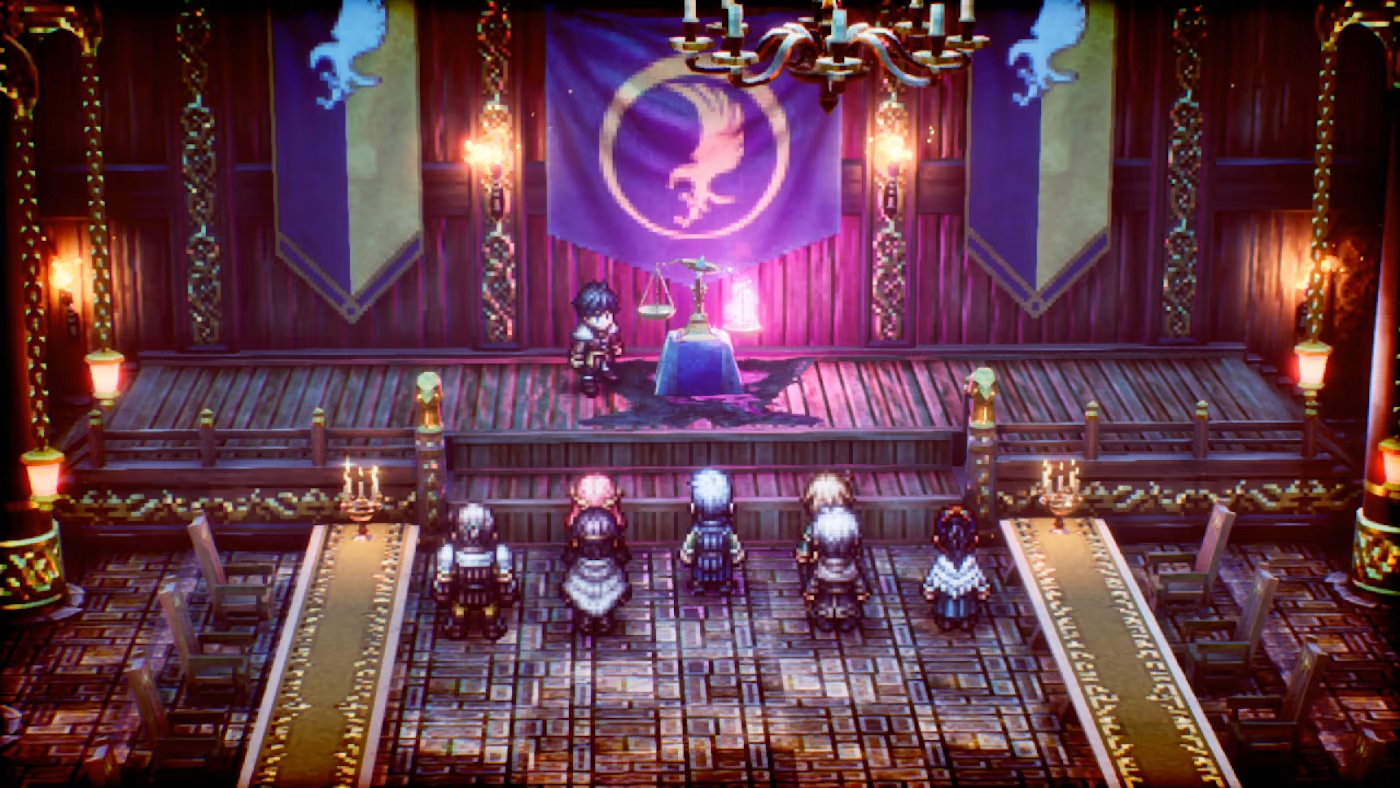 As was the case with Octopath Traveller, Triangle Strategy is nothing short of impressive in the audiovisual department, boasting an attractive art style that’s further complemented by the marriage of 2D and 3D elements. The lighting and use of rich, colorful backdrops breathe life into every location. The 3D assets and effects work together to blend nicely with the overall aesthetic to deliver a captivating visual experience. The soundtrack is equally as well crafted, with varied and catchy music. It’s also great to have support for both English and Japanese voiceovers. 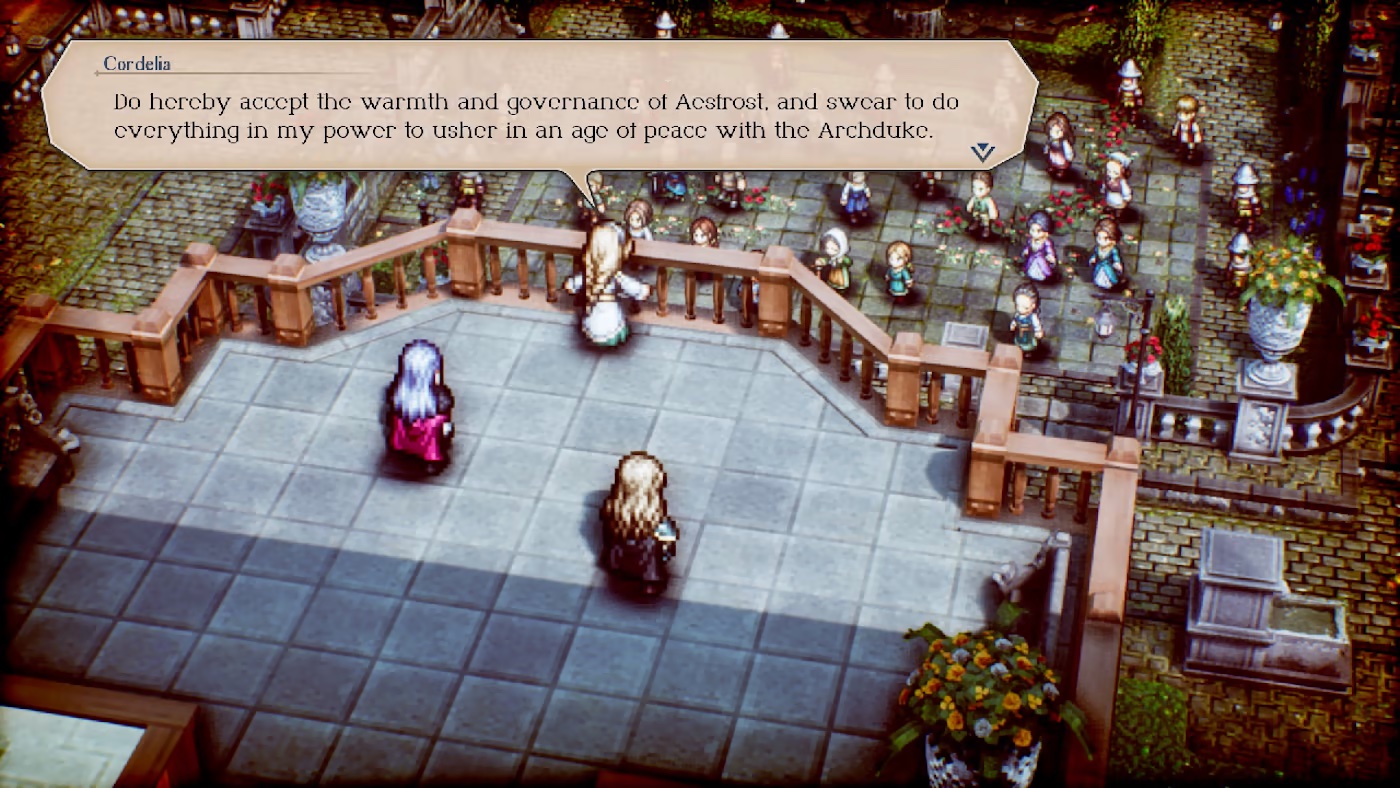 Triangle Strategy is at its finest when it puts you in challenging political scenarios and allows you to own your choices. The combat, while not quite having the staying power of the political drama that it accompanies, offers several layers of strategy and is approachable for those new to the genre. 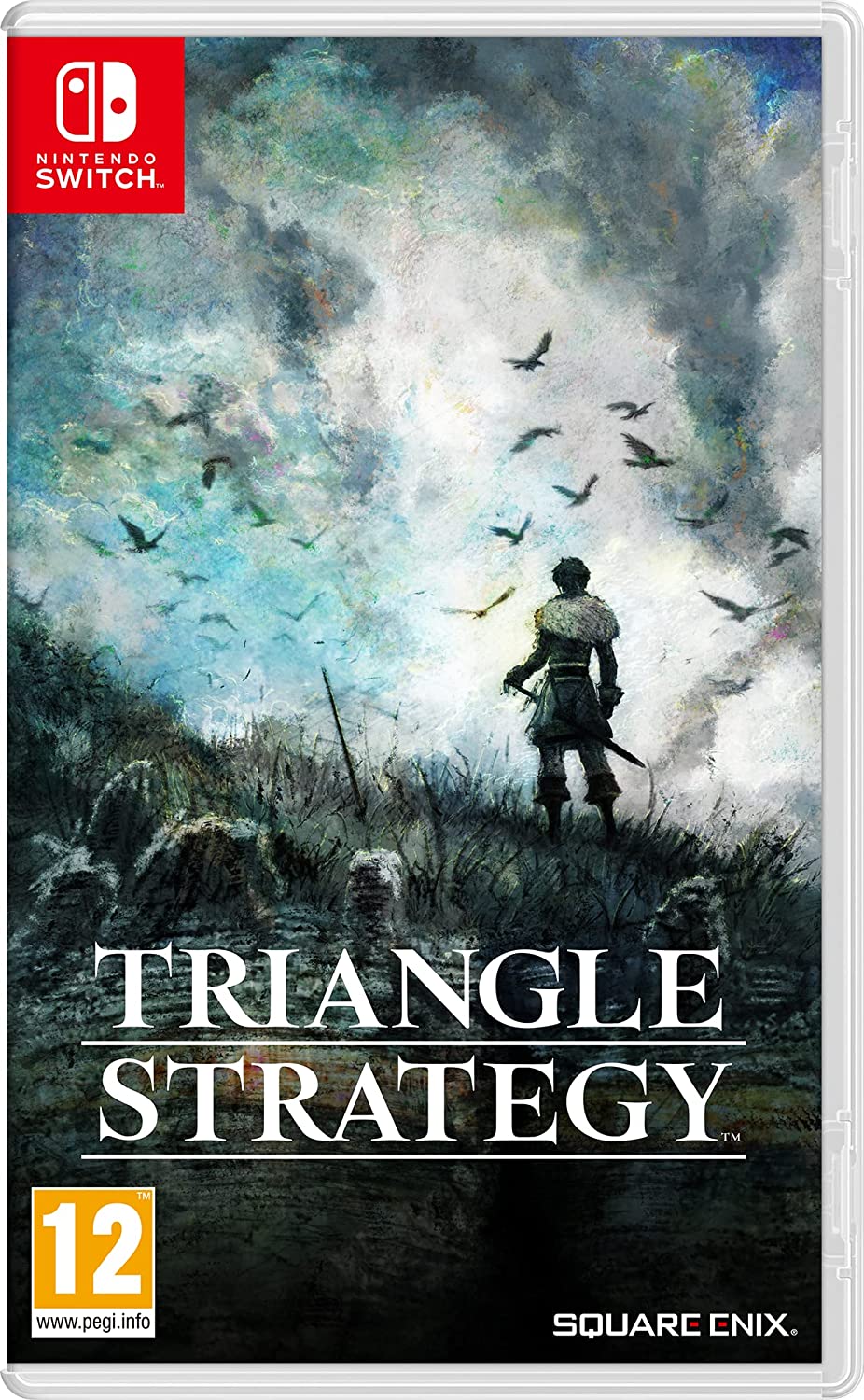 Triangle Strategy is at its best when it delves into politics, and the consequences that unfold as a result of your decisions.

Triangle Strategy Golden Route and How To Unlock True Ending