In Shin Megami Tensei V, you play as a high school student who accidentally enters another world, where he has no option but to battle for his life and confront the myriad horrors of this post-apocalyptic Japan. Whether you’re new to the Shin Megami Tensei series or a long-time fan, SMTV will please you in ways that other JRPGs can’t.

This is a JRPG with biblical stakes, putting the destiny of mankind, angels, demons, and God in the hands of someone who had no idea it all existed. The first chapter is bad in terms of the plot since it emphasizes style over explanation, giving you little opportunity to get to know this universe. It is a tutorial that will teach you the basics of the new SMT game’s combat, gameplay, and other aspects. 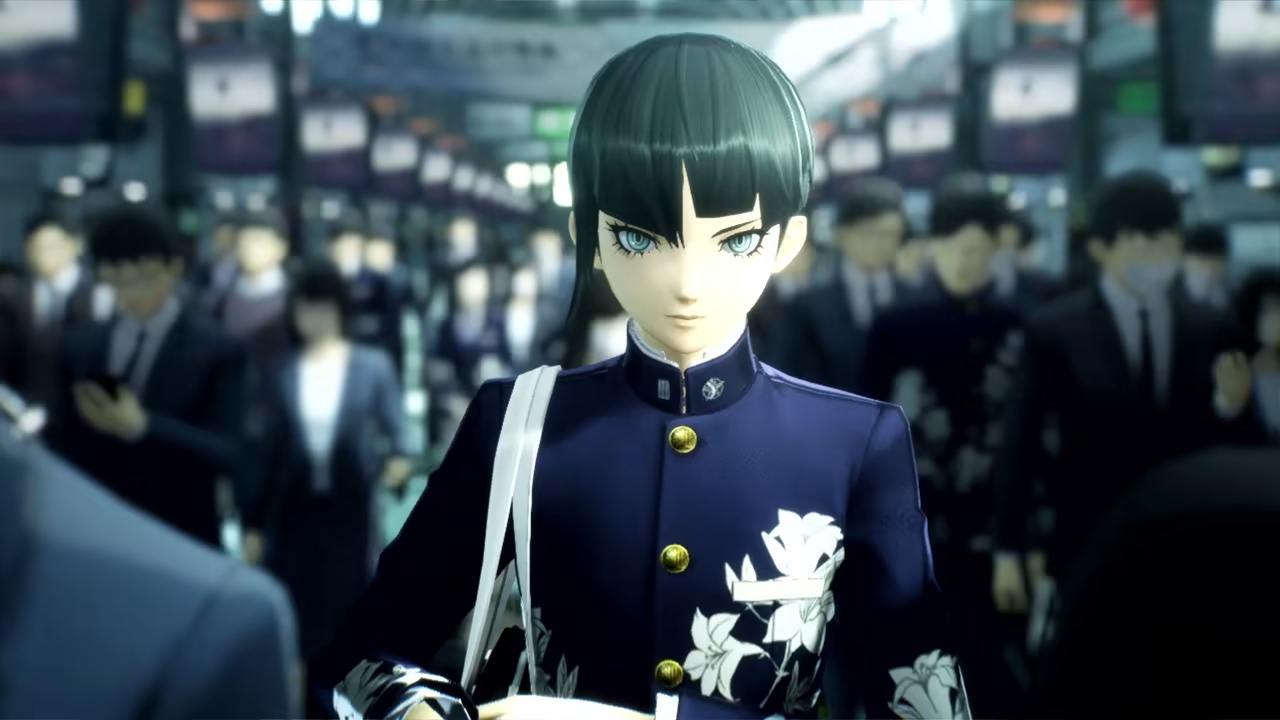 Shin Megami Tensei V takes some time to get into. Once you’ve unlocked the game’s full potential, it’s a nonstop adrenaline rush. Even though there have been many quality-of-life enhancements made to this entry, it remains one of the most difficult games. The series has a history of being famously difficult, so these new QoL adjustments are a good addition, but you may still die just as quickly. It is now simpler to heal your life owing to a new type of collectible that recharges pieces of your life when you locate them on the world map. You may also pause at a save location to utilize your accrued in-game cash to replenish your health. Dealing and bargaining with demons, allowing them to join your group, and then utilizing them to kill the formidable monsters is the fundamental gameplay premise. The negotiations are one of the oddest and entertaining things I’ve ever seen in a video game. They catch you off guard, and their outcome isn’t always what you expect, but the element of surprise is what makes them interesting. Without the negotiations, the game would have begun to suffer from repetitions because you do need to grind a lot. The battle system appears to be straightforward, yet it has its own set of problems. You can’t expect to destroy every monster by just spamming attacks. You must be aware of their weaknesses and use them to get an advantage during a fight. You also get a boost from Miracles, which allows you to unlock powers that will give you an edge or save your life in risky situations. Learning your opponent and exploiting their weaknesses is simply one component of warfare. You’ll also need to assemble a formidable squad of demons, which gets us back to the negotiations. 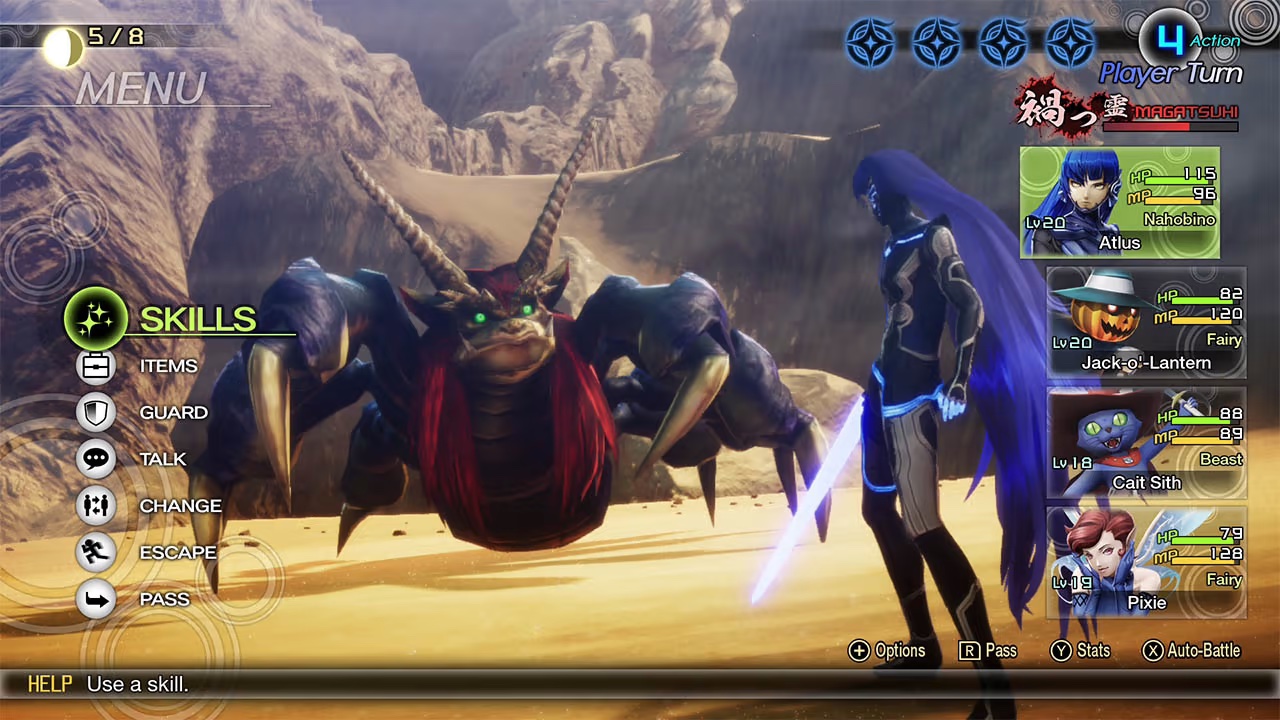 The localization team has done an excellent job of ensuring that the conversations you may have with the demons are effective. Without the attention to detail, they may appear boring and robotic, but with strong writing, each demon begins to display a personality or trait that represents their character. The key to convincing them to join your party is to find it out. Some demons will be offended if you appear weak, while others will see through your claims and call your bluff. It is entirely up to you to choose which option adds them to your party, and making the wrong decision might result in a game over since they can respond with a sequence of attacks.

The battle mechanism follows a turn-based structure. Your main character and the rest of the team take turns attacking the enemies. This turn’s order may be determined before the battle by striking the enemy on the world map. If you do it covertly, you gain a competitive edge and begin with an advantage in the battle. In most of these encounters, you’ll need to retain your cool and save HP and MP. The game does take a lot of grinding in the later levels when you must race over the area and engage in fights to level up your party, although this may be made simpler with specific tactics. Progression is boosted by Essences and Fusions. Even if you have a powerful demon in your party, you can boost its strength further with a combination of essences and fusions. The game is designed in a way that you will be experimenting with powerful demons until the end because just when you think you have the ideal party and right combination, you will face a hurdle that will make you rethink your strategy. I loved the unpredictable nature of the fights which are challenging even on the normal difficulty.

This is also the series’ most approachable game for newcomers. The many QoL enhancements make it simpler for a player to keep their head above water, but there are also difficulty settings such as easy and a safety difficulty for people who dislike grinding or challenges. Employing these modes takes away from the game’s attractiveness, but there’s no need to stop playing simply because the gameplay mechanics are tough to learn. 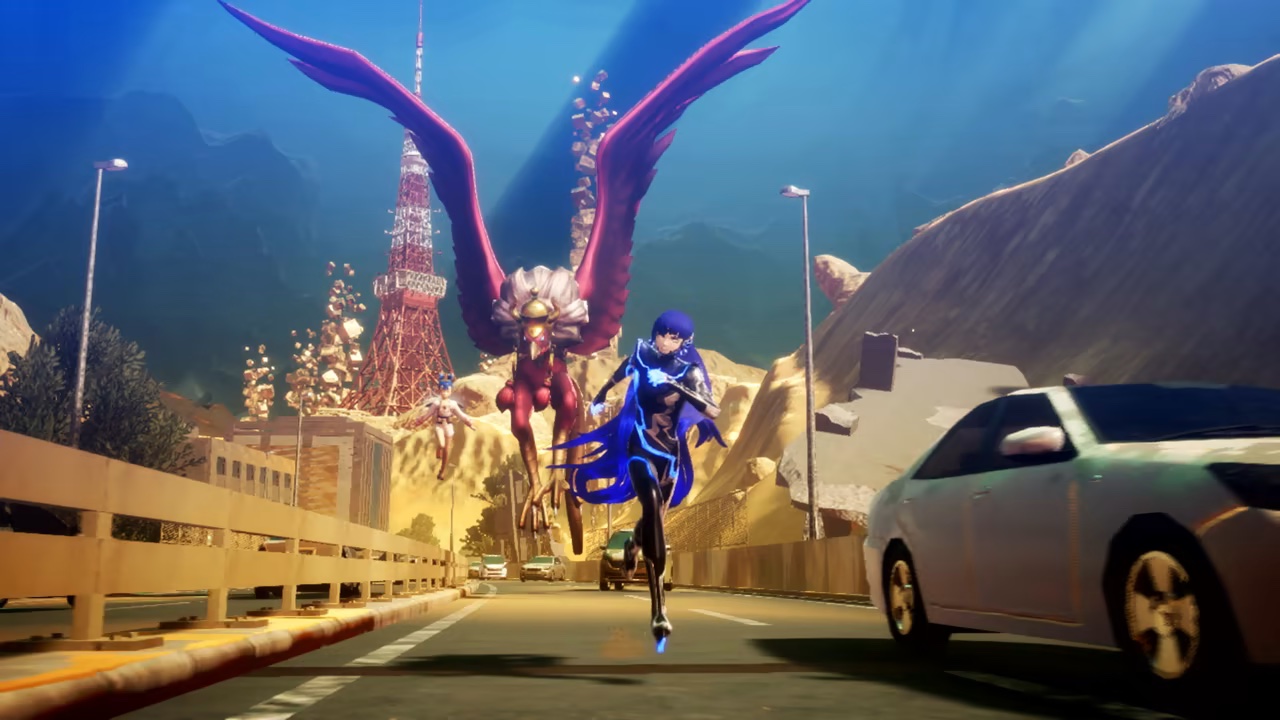 For me, the plot is the game’s weakest link. It begins with a whimper, gradually becomes more engaging, and concludes on a low note that leaves you perplexed. There are multiple endings depending on your decisions during the story, but none of them make the larger plot any clearer. The campaign of Shin Megami Tensei V may not be the most memorable aspect of the game, but the gameplay is king, and once you master the ins and outs of the battle system, you will undoubtedly have a rollicking good time with the game as I did. 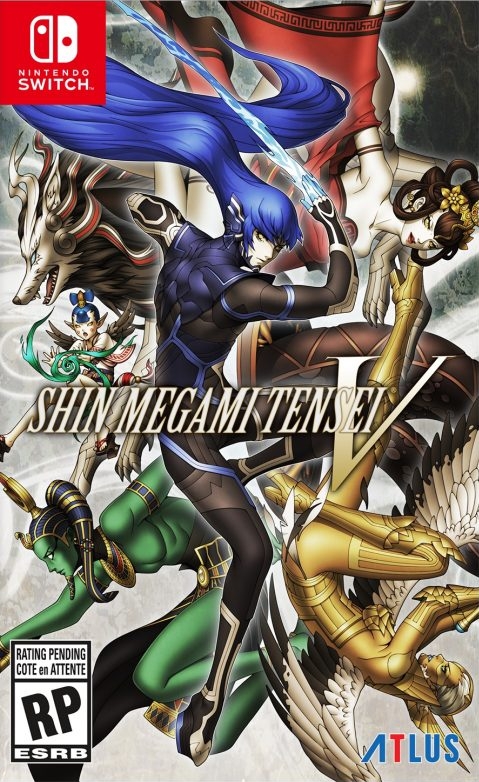 Shin Megami Tensei V is an excellent starting point for newbies. The game itself stays closer to its core and makes tiny changes to keep it new and innovative in terms of gameplay, but the plot suffers as a result.