Mass Effect was considered one of the best trilogies and a top-tier WRPG until Andromeda was released and basically put the franchise on the backburner. This is why it was important to release a successful remaster for the Mass Effect Trilogy while Bioware works on a new game in the series. EA has managed to accomplish this feat with the recently released Mass Effect Legendary Edition. It has received revamped visuals and several quality-of-life features that put it significantly ahead of the original release excluding the PC version with mods.

When it comes to the Legendary Edition, Bioware doesn’t see the need in changing things up because it’s a collection of all the best Mass Effect games. Depending on the platform you’re playing on, the graphics may most likely differ. The best version of the game is the Xbox Series X if we are talking about consoles. The game supports 120 FPS on Microsoft’s current-generation console while the PS5 version is limited to 4K at 60 FPS. 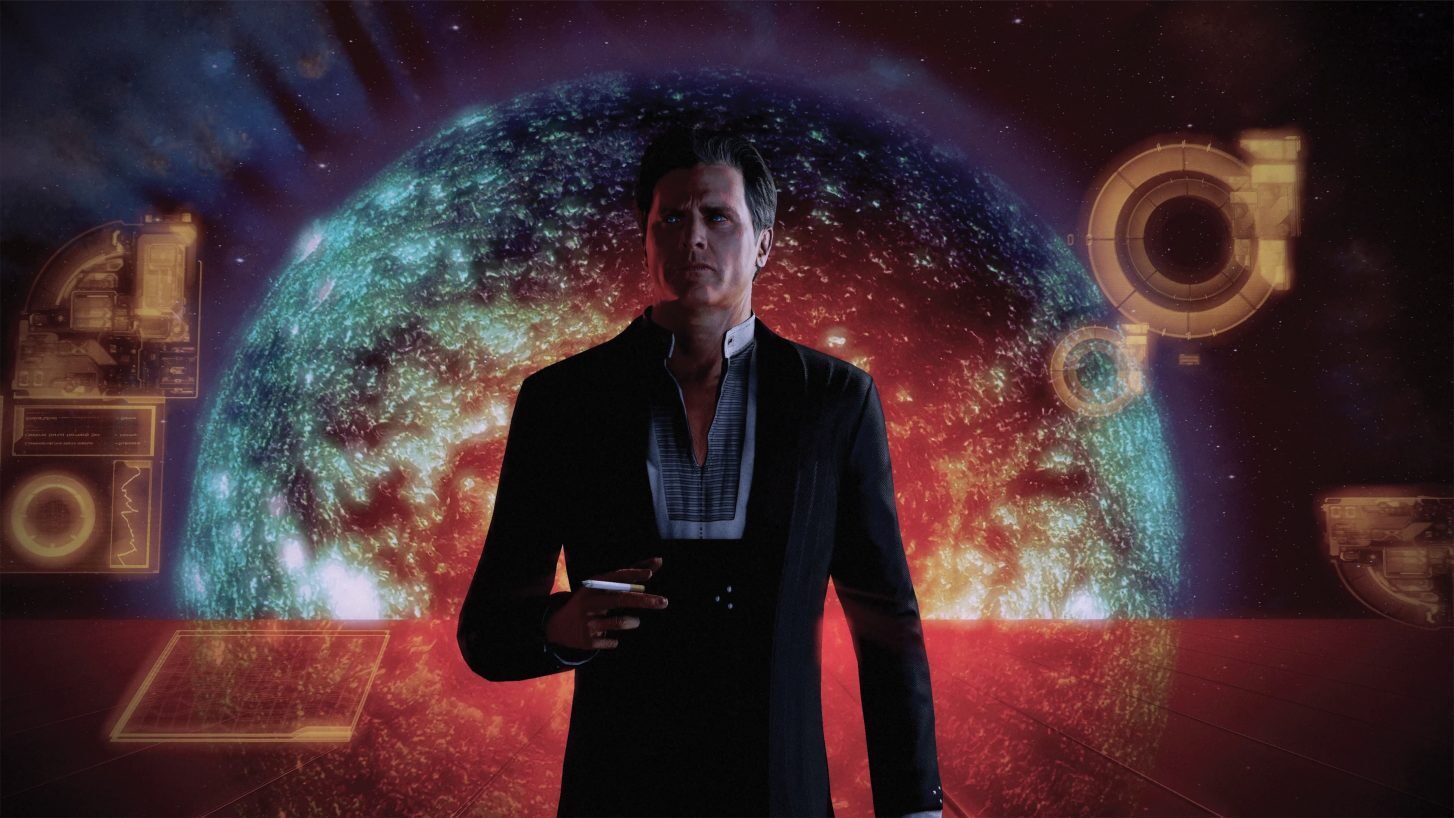 In Mass Effect Trilogy, the story centers on Commander Shepard. The gender-neutral name applies to both Male and Female characters but it is never actually mentioned in the game. This is a future where humans are trying to come to grips with other Alien races and a space war is brewing in the galaxy with a race to take the galactic power. Due to their actions, the humans and Aliens have to join hands to fight an impending threat that challenges their world. With the doom of the world just on the horizon, Shepard will have to figure out how to avert it across the three different games.

Given how dated the first Mass Effect is now, it is natural to assume that it has received the most attention in this trilogy. Originally released more than a decade ago, it still feels “old” to experience despite the improvements.  When the first Mass Effect was released, it felt like a revolutionary game of its time but the sequels gradually got better as Bioware started to learn more about the action gameplay and RPG elements. There is a fascinating sci-fi world to discover in Mass Effect even if you have trouble dealing with its dated look. 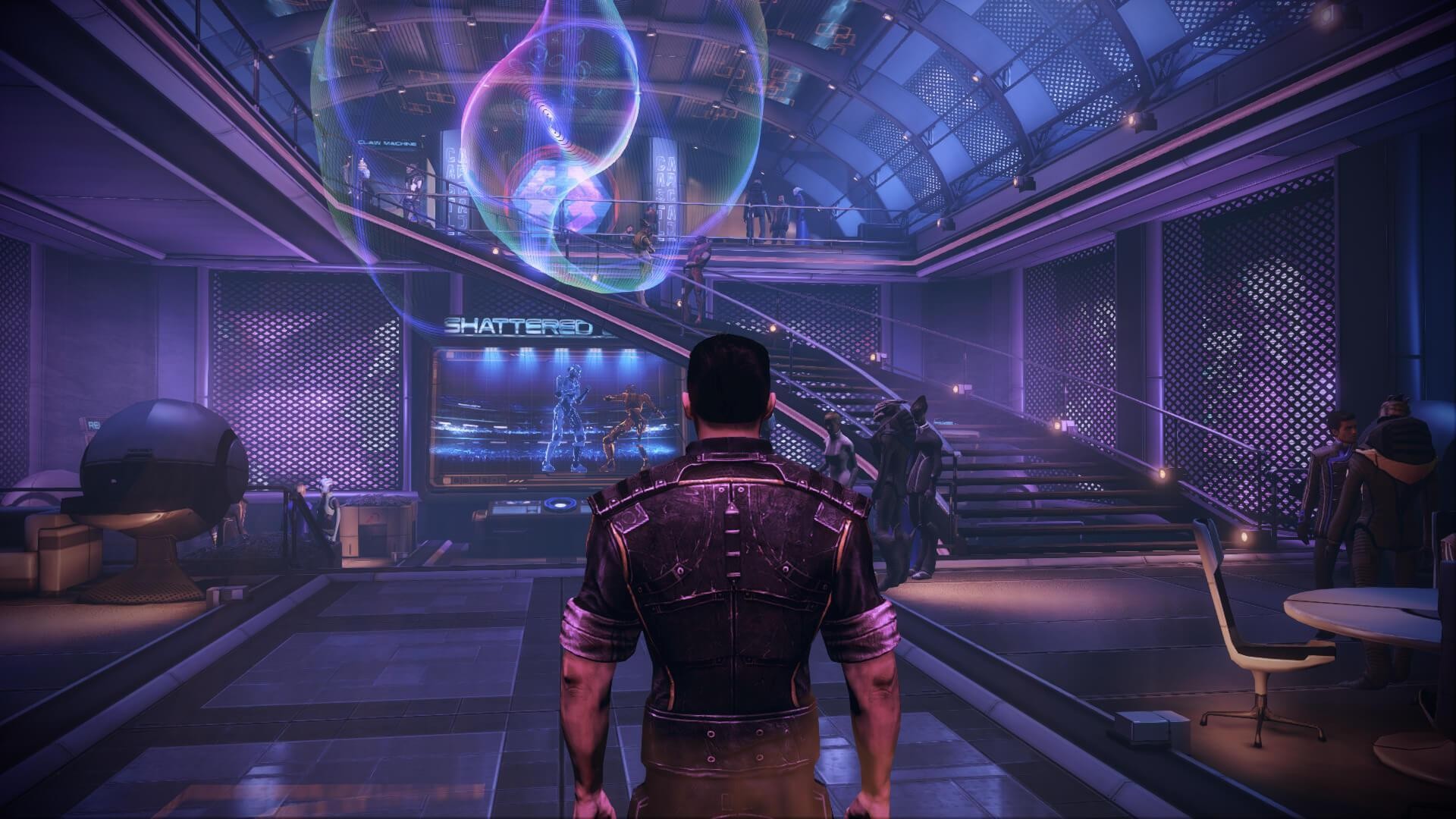 Many technical improvements have been made while plenty of gameplay mechanics have changed here, including the removal of class-based weapon limits and the addition of a more friendly HUD, although some improvements feel more important than others. Some of the notable changes are the revised controls for the Mako and a consistent character model for the male and female Shephard. These small but subtle changes go a long way to make the game feel like a significant step ahead of the original trilogy.

The controls are not just improved for the Mako but Mass Effect 1’s shooting is now much improved and more in line with Mass Effect 2’s gameplay, with smoother targeting and all gun types being useful right away. This doesn’t take away the experience of feeling like you are playing an old game, but at least you will get more enjoyment out of the combat. The enhanced complexity of the lush surroundings, which now feature denser foliage, additional particle effects, and enhanced lighting, is the most noticeable change. These levels’ architecture hasn’t altered, but the way they’ve been aesthetically upgraded makes them far more enjoyable to explore in the remaster. 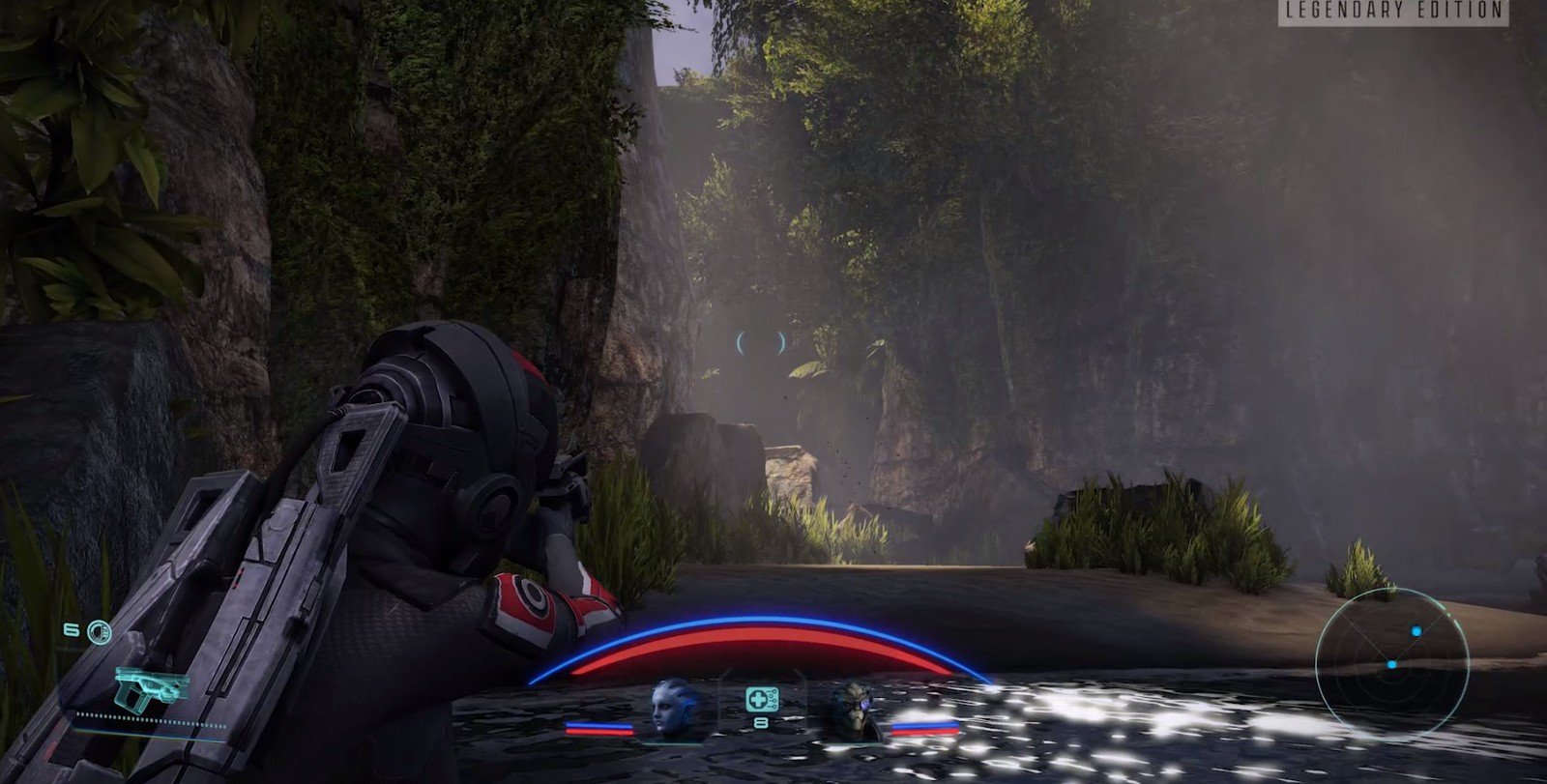 The leveling system is now configured to the new Legendary scheme by default, which maxes out at level 30 rather than 60. As a result, you acquire more skill points far sooner in the game, resulting in a faster-paced, more aggressive leveling experience. This is an intriguing alternative since it allows you to dive right into the game’s combat system, which will appeal to veterans who have previously completed the original trilogy numerous times. However, if you are against these changes, you can revert and go back to the original progression system, just like it is possible to do this with the Mako controls.

The enhancements don’t stop here. The biggest one for me personally was the lack of load times. Those who played the original trilogy will remember how long it used to take when riding the elevator because they were a way to mask load times. They have been reduced to mere seconds thanks to better technology, which feels great. You also have the option to bypass the conversation if you’re riding the elevator and the game loads into the next area instantly. 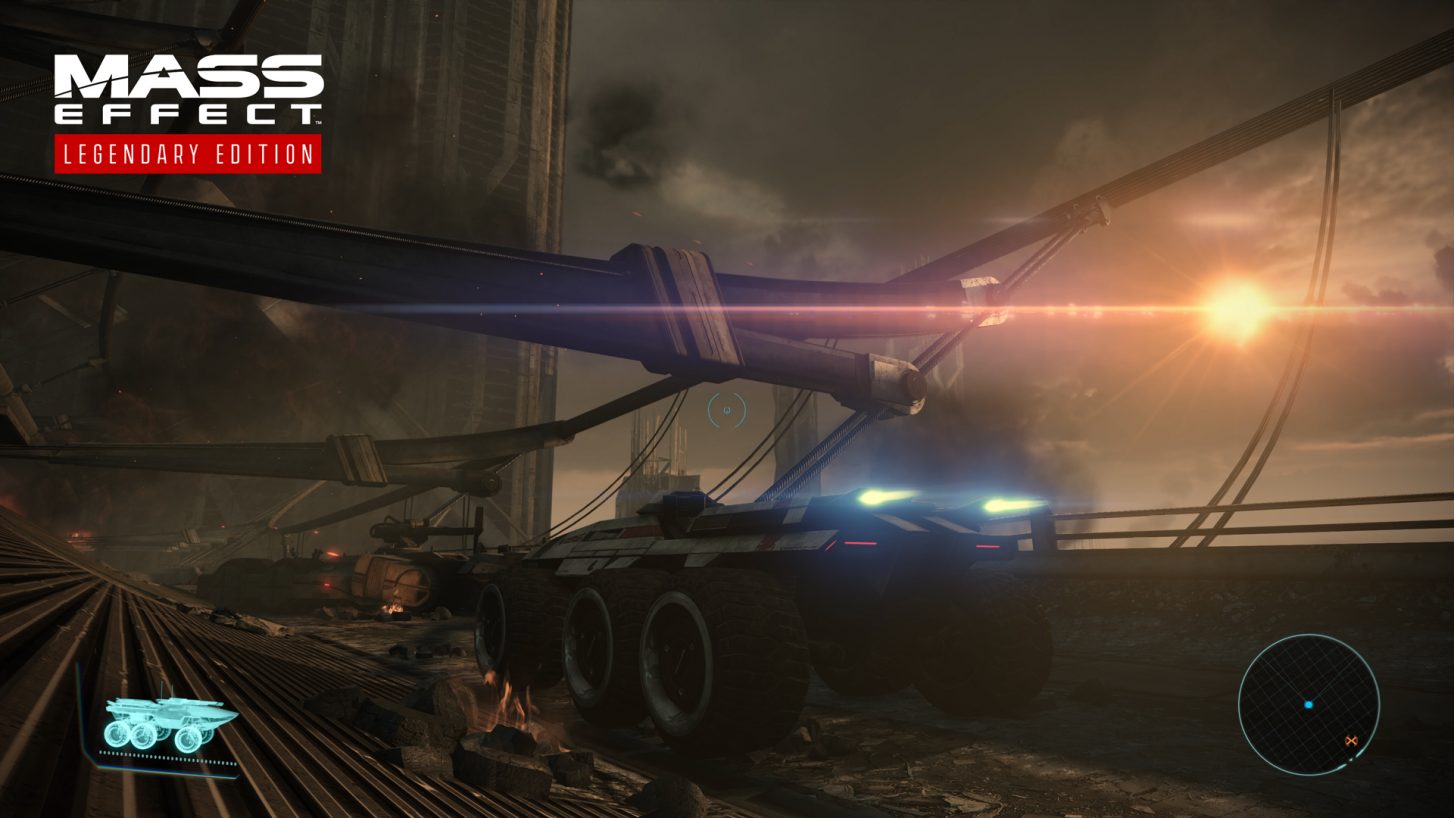 I played the game on a PS4 Pro so the frame rate was targeting 60 FPS. I did find that it was not rock-solid performance, but that could be rectified to some extent if you play on a PS5. The game runs at 4K at 60 FPS on the PS4 Pro so you can get the best of both worlds, with a higher frame rate and better resolution and visuals, from this new Legendary Collection.

For fans of the WRPG genre who never played Mass Effect Trilogy, this is the best time to jump into the series and enjoy these timeless games. The first Mass Effect is a big jump over the original release, but the sequels have also been polished helping bring the overall experience to modern standards. As for those who have already played these games, it might not be worth the investment at launch with the full price, but you won’t make a mistake grabbing them later down the line. 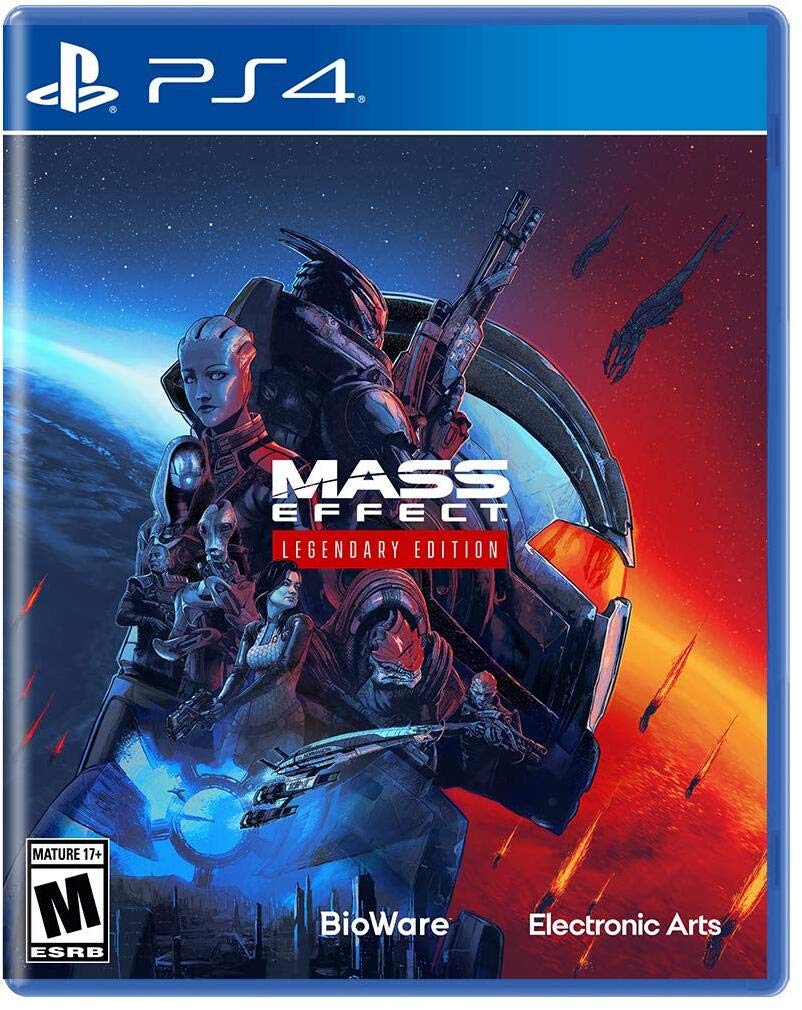 Mass Effect Legendary Edition is an exceptional remaster for one of the best sci-fi trilogies in gaming.