Hyrule Warriors: Age of Calamity is the second game in the series, and for fans of Breath of the Wild, it acts as a stop-gap until the release of the sequel. Nintendo has also made this a prequel to draw the attention of fans of The Legend of Zelda, after all, Breath of the Wild is one of the best-selling games in the franchise.

Hyrule Warriors is basically a re-skinned Dynasty Warriors. For those who are not familiar, it is primarily a hack-and-slash game that pits one player-controlled character against hundreds of foes. We are talking about hundreds of different enemies here and it is not a mistake. This is the gist of every Dynasty Warriors game but the reason why so many game franchises have received this treatment including Fire Emblem and Hyrule Warriors (Zelda) is quite simple: There is a wealth of customization available in every game so this genre can be custom-tailored to offer narrative-driven action games and even add role-playing elements to them by allowing the user to customize their character.

The story of Age of Calamity is set 100 years before the events seen in Zelda: Breath of the Wild. In that regard, this is not a sequel but a prequel. The events depicted in the game are of the Great Calamity which fans of Breath of the Wild will remember hearing about in the game. It is basically a fan-dream come true but also in a monkey-paw kind of way. What I mean here is that while it is great to see how the story is a prequel and features a major event from Breath of the Wild, without delving into spoilers, it sadly doesn’t do it justice. Some of the changes here are rather disappointing from a narrative standpoint and devoted fans might have issues with them.

Hyrule Warriors: Age of Calamity is a comprehensive overhaul of the core Dynasty Warriors formula. It basically looks like a Breath of the Wild game with a lot of story cutscenes but the core gameplay loop is familiar to fans of the genre. You play in a wide-open world map which is basically a huge battlefield. Your objective is usually to kill enemies while trying to clear quests related to the story on every map. The developers have also taken inspiration from many of the elements that fans will vividly remember in Breath of the Wild. This includes the jingle that will usually play when an icon unlocks on the world map or even the musical cue that plays in the game once Link obtains a new item. Small things like that greatly enhance the overall experience. 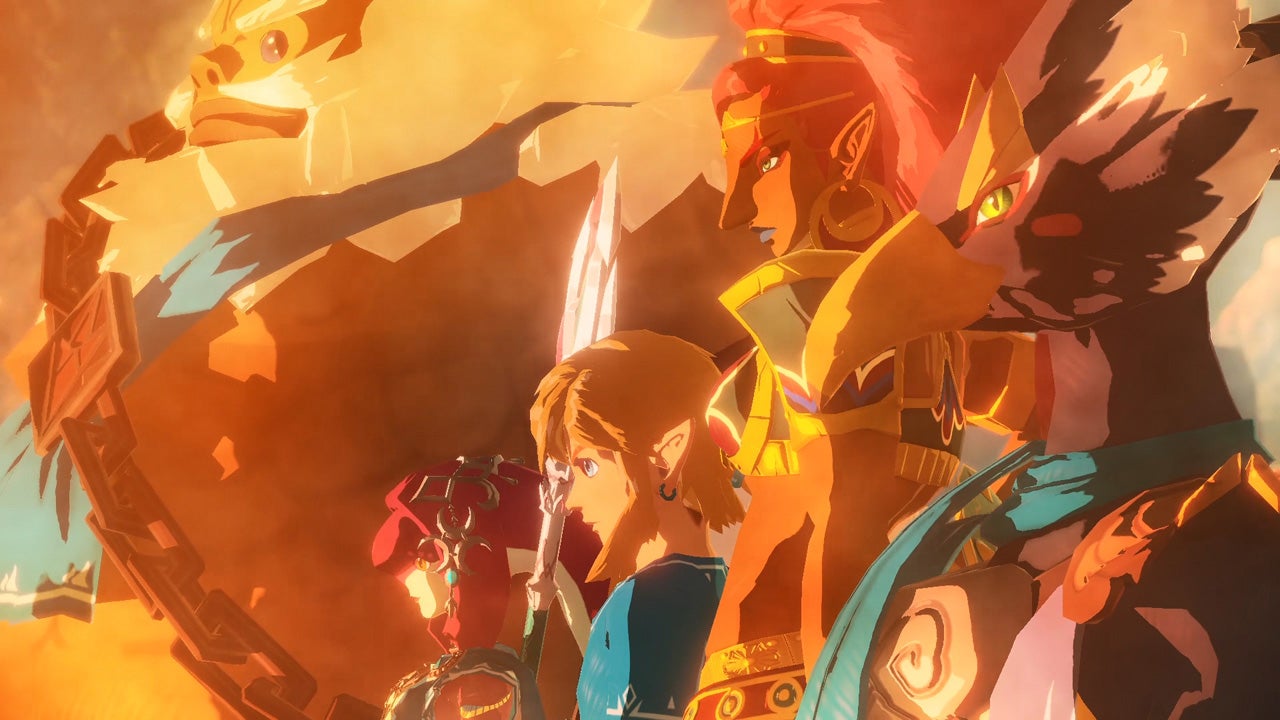 Age of Calamity has seen a complete combat overhaul that has evolved the basic mechanics from the original Hyrule Warriors. We are not talking about simple button-mashing here like most of the Dynasty Warriors spin-off usually offer, but there is some depth to the encounters here. You have to plan your attacks and adapt to the enemies depending on their strengths and weakness. All of this is now possible with the introduction of a new mechanic, which fans will remember as the Sheika Slate Runes.

Some of the abilities offered in this sequel are Cryonis, Statis, Remote Bomb, and Magnesis. These might not be new to those who have already played the original Breath of the Wild, but their integration here is flawless with the action-focused gameplay. These can be combined with regular attacks to make short work of even the most powerful enemies.  There are multiple ways to approach a combat encounter thanks to these abilities. You can freeze the enemies, block their attacks, or dodge and counter-attack against their moves to slash your way to victory. 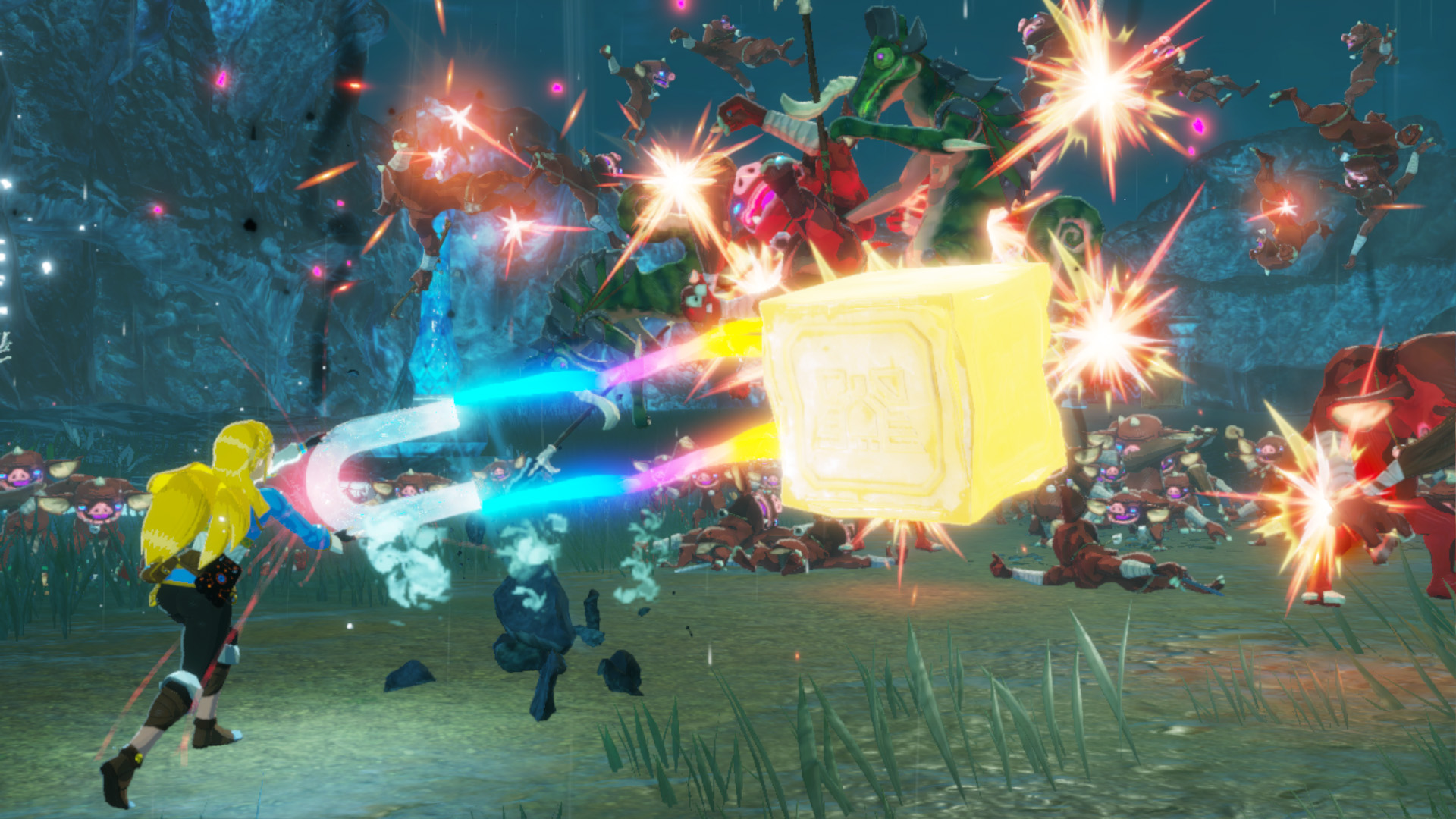 The world map also makes a return from Breath of the Wild. This time, it is divided into segments instead of offering a fully open world. The story takes the player through a journey as they attempt to round up the various Champions of Hyrule. These are all located in different regions around the world map which slowly begins to open up as the player beats the various story mission. There are optional missions to attempt to aside from the story ones, in which the citizens of Hyrule need the help of Link and company.

The side missions are actually rather fun and lead to rewards that improve the user experience. They are usually related to sourcing for ingredients or crafting various items but once you complete them, the reward is usually new recipes, bonus life hearts, and improved combat. The improvements to the combat include the ability to dish out more combo attacks for the playable characters including Link and the Champions of Hyrule. 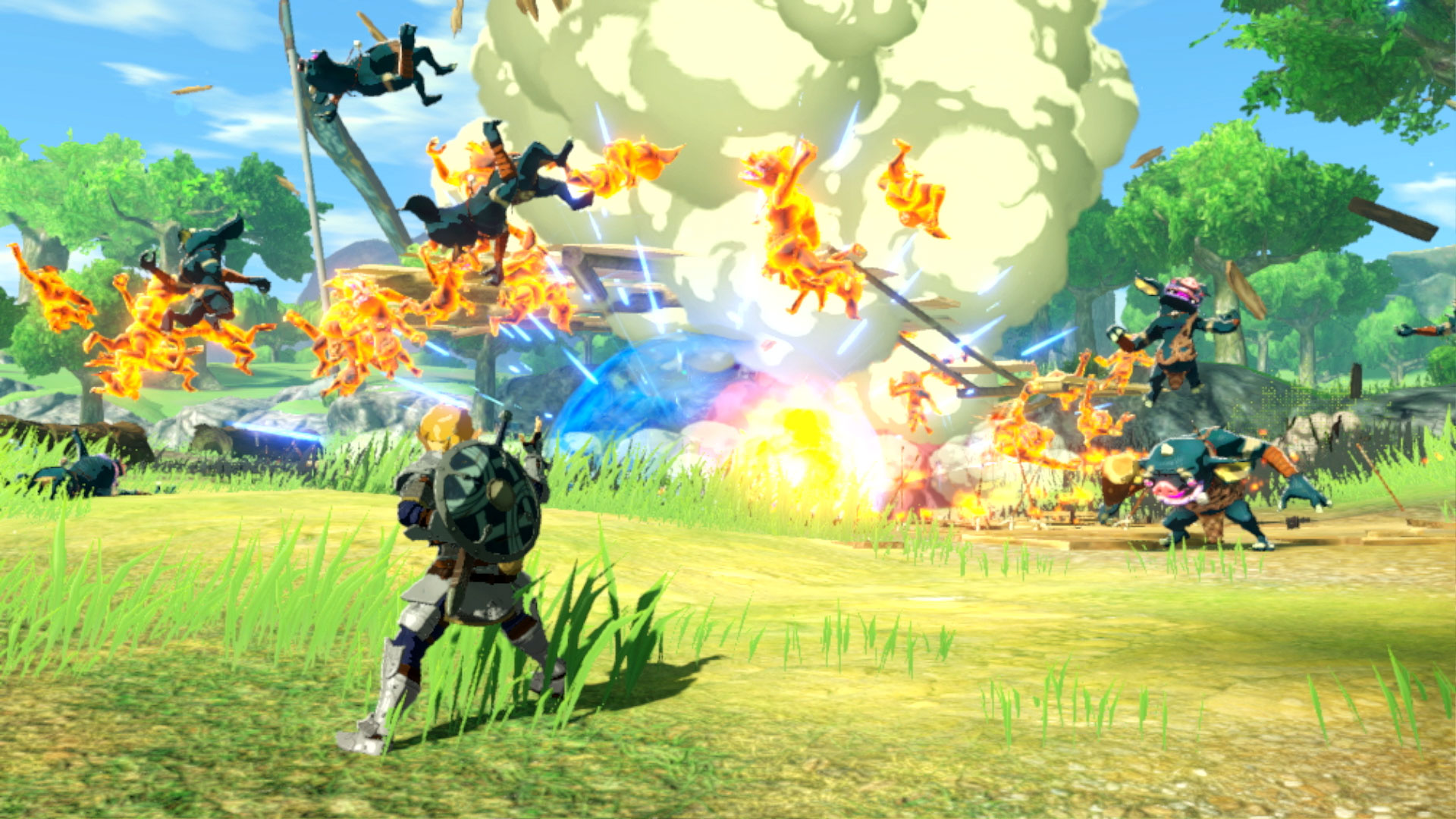 There is an impressive wealth of playable characters offered here for a Legend of Zelda spin-off, and even Zelda is finally playable with her own special movies and abilities. The combat system is seamless when it comes to switching between different characters and everyone has their own unique attack moves and abilities. There is some customization offered with the ability to equip gear and weapons for these characters.

Overall, Age of Calamity stands out as a memorable game that makes a risky move by acting as a prequel. It disappoints on the narrative front if you are too invested in the original Breath of the Wild, but taken as a separate game on its own, this is one of the best hack-and-slash games released on the Nintendo Switch. 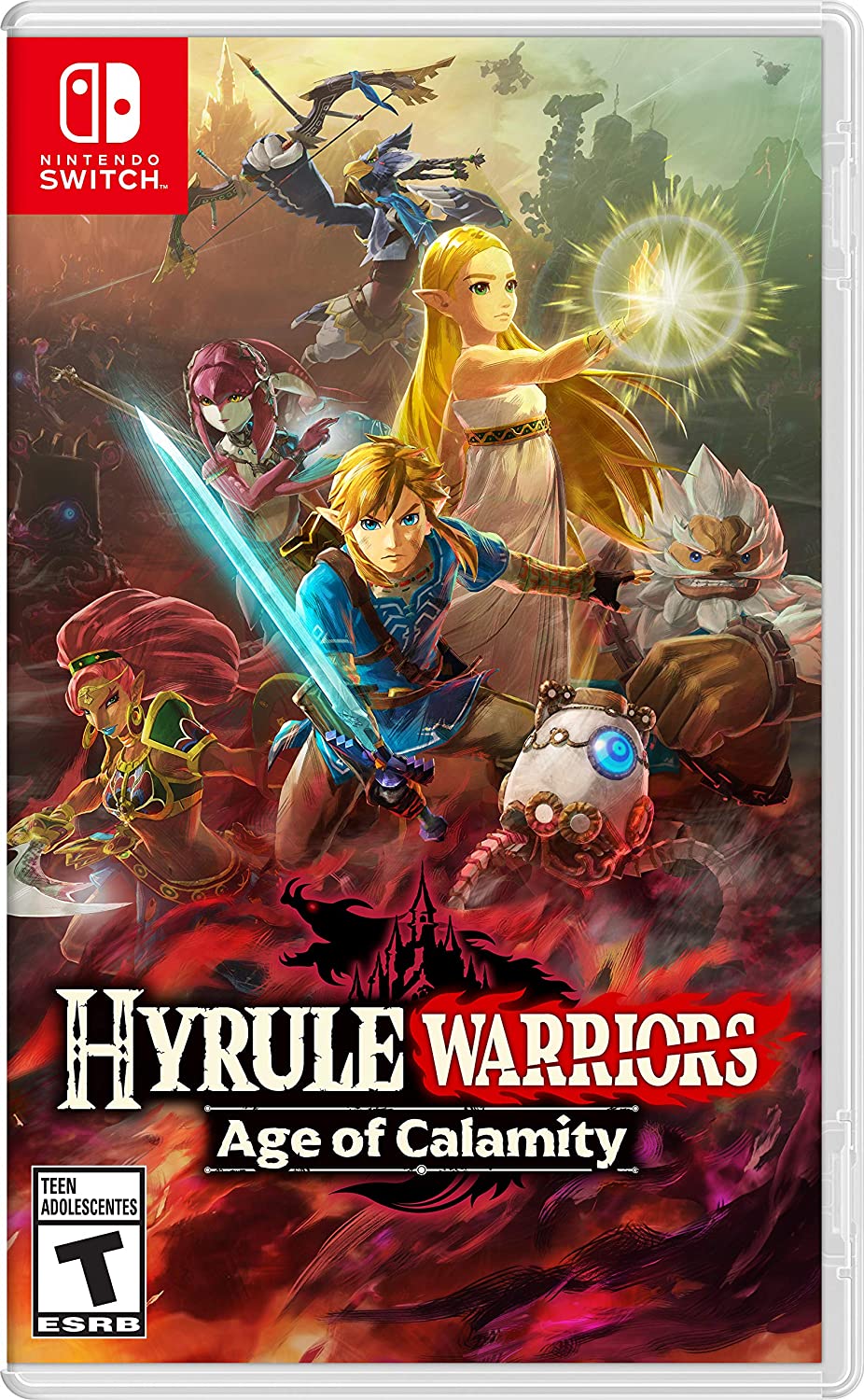 Hyrule Warriors: Age of Calamity is a solid follow-up to the original Hyrule Warriors. By focusing on a timeline set before the events of  Breath of the Wild, Age of Calamity makes some controversial moves for the narrative but also offers a chance to experience the story for some legendary characters.