Devil May Cry 5: Special Edition continues Capcom’s tradition of re-released entries in the DMC series. Much like the ones before it, this definitive release brings additional content that fans have been asking for since the vanilla version. It also takes advantage of the PS5 and Xbox Series X’s horsepower by adding some new modes and technical enhancements over the original.

For the uninitiated, DMC5 takes place in Red Grave city five years after the events of Devil May Cry 4. Due to some unforeseen circumstances, Dante and Nero are reunited and join forces to take on a powerful demon known as Urizen. Joining them in their quest to topple the Demon king is V, a mysterious figure who fights alongside his pet demons. This premise results in a campaign that spans across twenty missions that take you to different parts of the city as well as the demon world. 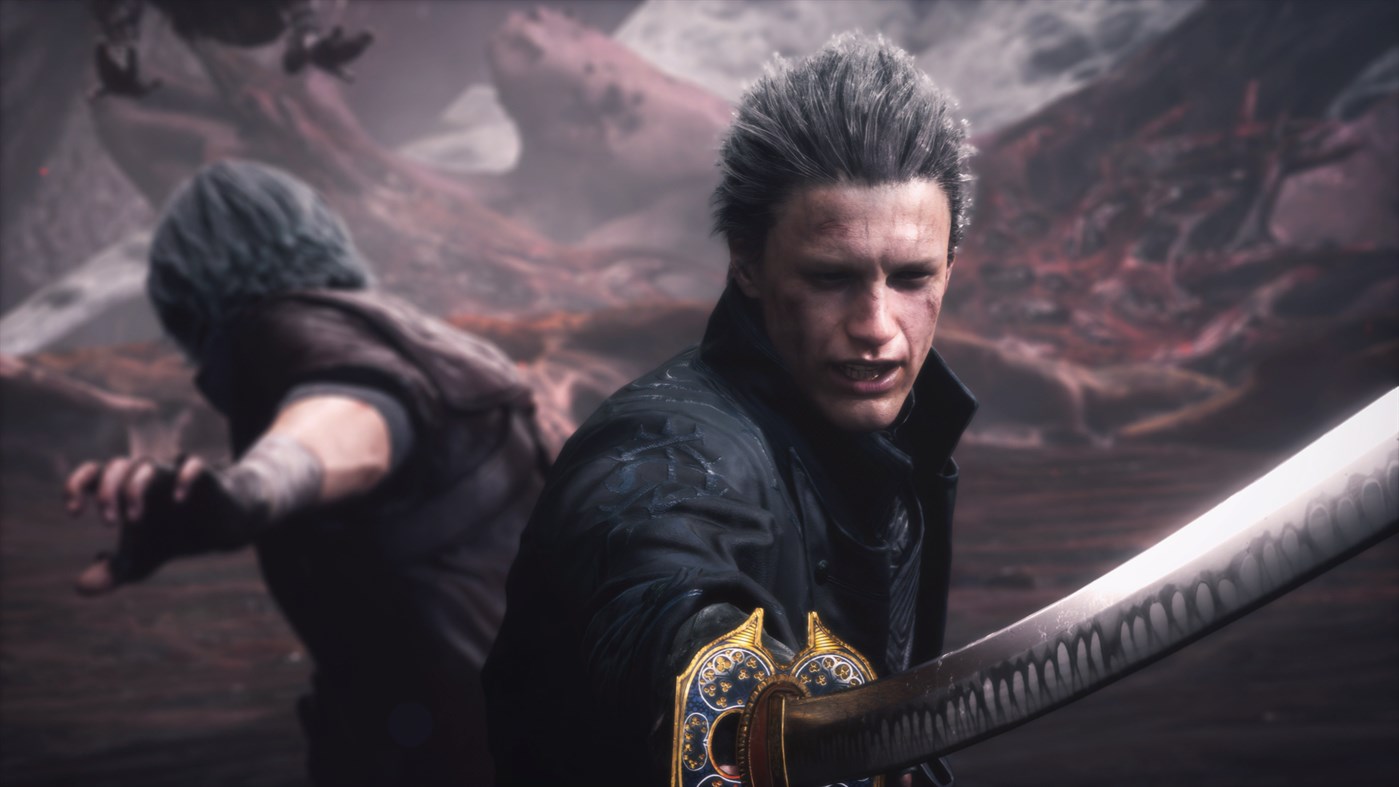 Much like the rest of the series, Devil May Cry 5’s story is the means to get in on the action. The series is known for its over-the-top stylish combos and juggles, and the fifth installment is no different in this regard. Thankfully, this isn’t a case of style over substance.

The combat feels incredibly fluid and is easy to get into, but difficult to master. Canceling in and out of moves to chain together combos takes a lot of practice. While playing as Nero or Dante is sure to be familiar territory for series veterans, V’s unconventional fighting style gives the game a layer of freshness. Joining the playable cast of Dante, Nero, and V in the special edition is none other than Dante’s very own brother, Vergil.

One of the three key additions to Devil May Cry 5 Special Edition, Vergil is also available as paid DLC for the standard edition. He gets the center stage in this version, since, unlike Dante, Nero, and V, he can be selected for each mission that the story mode has to offer, effectively making him the only consistently available character. Not offering the option to play all story missions with the other three characters is a notable oversight. Vergil is also available in the Bloody Palace and The Void. 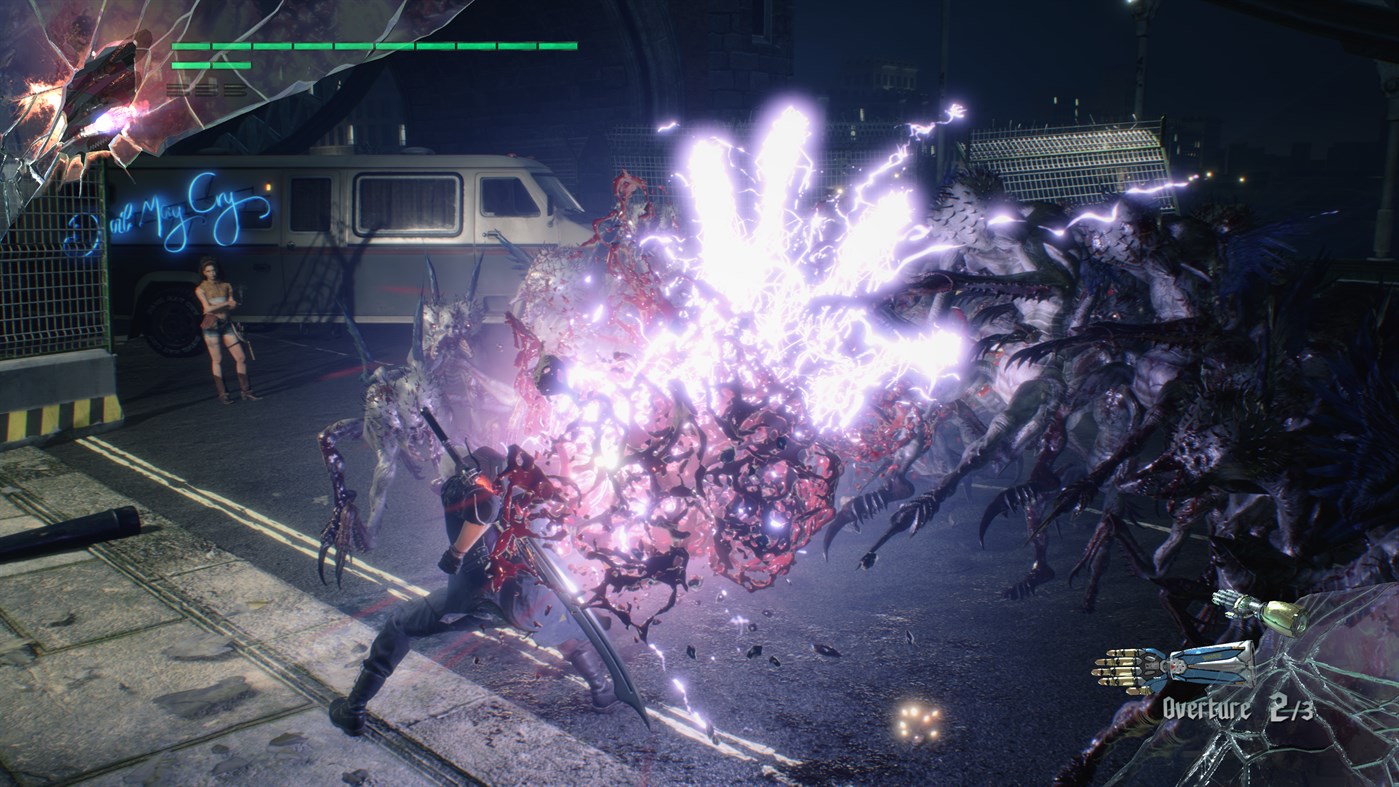 Instead of being a fresh campaign tailored for Vergil, this is one that accommodates him in the existing one, but not in the best of narrative ways. Outside of some unexpected surprises, the story sees no major changes due to Virgil’s addition as a playable character. Cutscenes and story beat from the original that don’t fit well with Vergil are omitted altogether, with little care for consistency. As a result, his inclusion in the story is more of an afterthought.

Vergil’s playstyle, on the other hand, is a treat for fans, as he sports a robust set of moves that pack some serious punch. From the very beginning, he’s equipped with all three of his iconic devil arms, Yamato, Beowulf, and Force Edge. His ability to instantly teleport and mix-up his weapons give him a lot of flexibility with respect to combo potential. He also has the ability to summon a doppelganger to further stack the odds in his favor. As a result, combat encounters are a little easier than expected, and this is further amplified as you use red orbs to unlock more of Vergil’s moves. 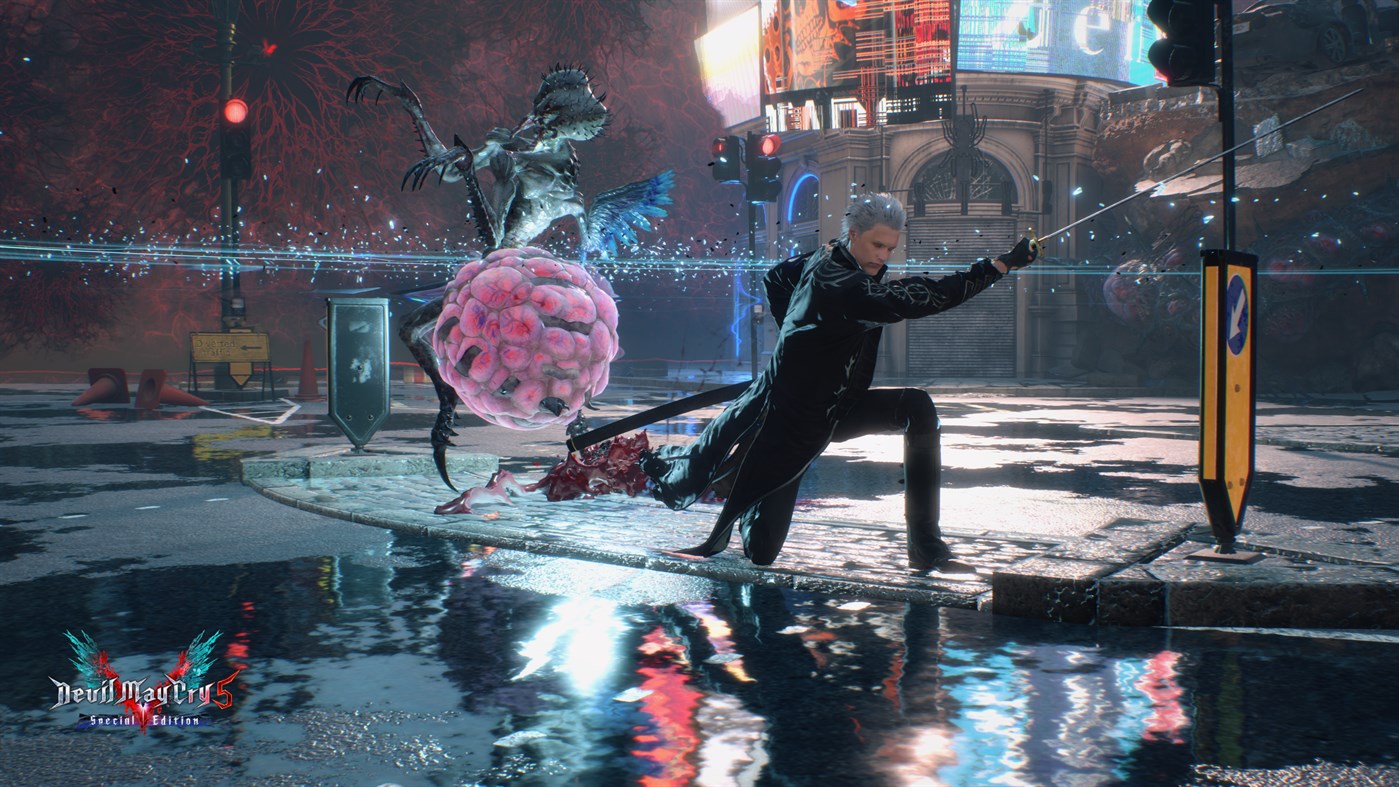 Conversely, some of the boss encounters designed for V’s playstyle doesn’t quite fit well with Vergil’s own playstyle. As a result, such encounters can be a little frustrating to tackle, but not in a challenging way.

The second key addition is the return of Turbo mode, which increases the game speed by 20%, making everything faster and more frantic. It’s a mode that’s likely to appeal to speedrunners.

Lastly, Legendary Dark Knight is a Dead Rising-like mode that adds dozens of enemies to combat encounters, making them a thrill to tackle. It also gives series purists the headroom to extend combos, dish out considerable damage, and amplify the bombast. Playing this mode as Vergil stands out as the highlight of the special edition.

Rounding up the new additions is a performance mode that targets 120fps, provided you have the display to output at the corresponding refresh rate, as well as a mode that enables ray-traced reflections. While the graphical bells and whistles are nice to look at, it’s the 120fps mode that offers a more responsive and smooth experience.

DMC’s level layout hasn’t seen much change over past entries. The environments are bigger in the fifth entry, but the levels are still broken into a series of individual arena-like sections that break the flow of the action.

All in all, Devil May Cry 5 Special Edition takes some meaningful strides over the vanilla version to justify its price of admission for series purists. Playing as Vergil at a higher refresh rate in Legendary Dark Knight mode genuinely feels like a fresh experience. On the flip side, it may not be a big enough incentive to upgrade for owners of the vanilla version who aren’t heavily invested in the series, especially with Vergil available to them in the form of DLC. 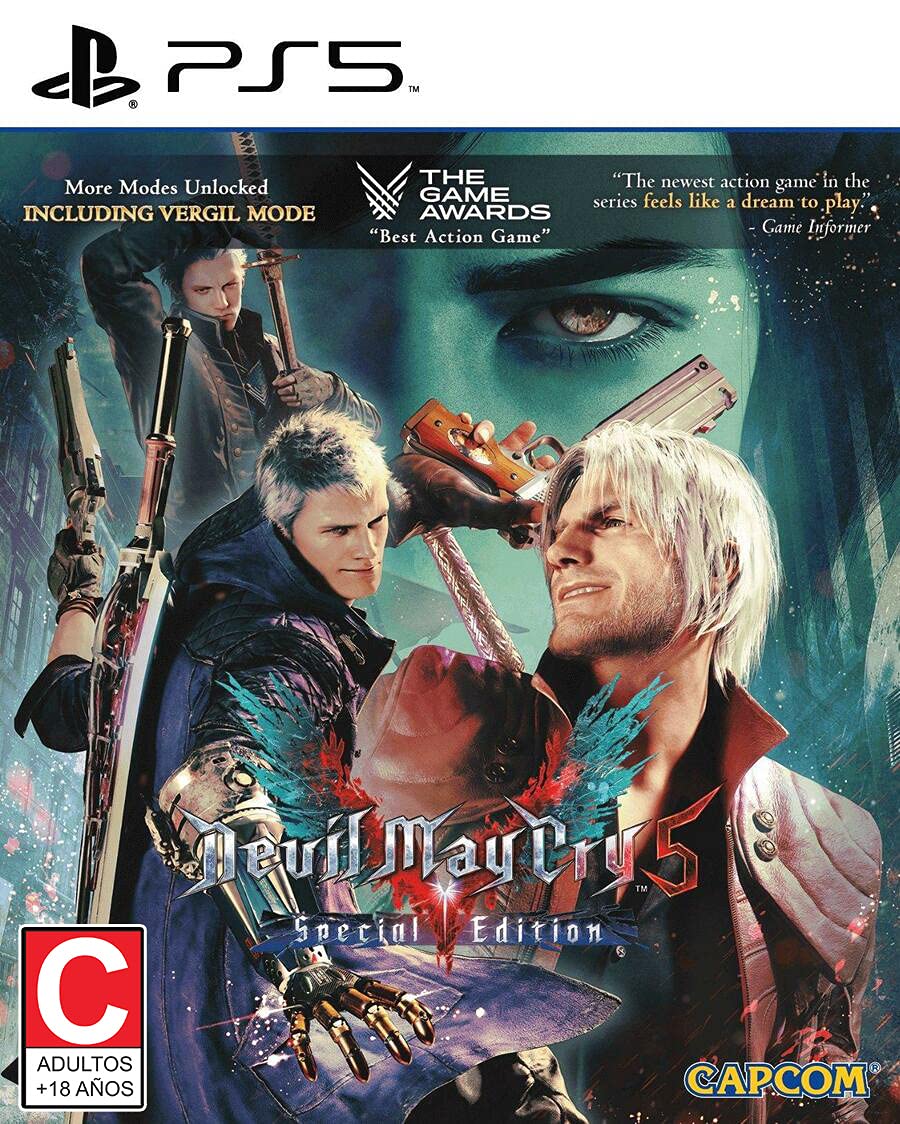 Devil May Cry 5 Special Edition takes meaningful strides over the standard edition to justify its price of admission for series purists, but may not be a big enough incentive to upgrade for those who aren’t heavily invested in the series.

Spider-Man: Miles Morales Best Fries In Town Trophy and How To Unlock It