Crash Bandicoot 4: It’s About Time looks and plays like a Naughty Dog developed modern entry in the series would have if the studio still been at the helm of the IP. It’s the first true sequel in over a decade, and, as such, developer Toys for Bob has put in a commendable effort in not only capturing the essence of the original trilogy but also taking things one step further in terms of the overall design.

The story continues right where Crash Bandicoot 3: Warped left off. Doctor Neo Cortex, N. Trophy, and Uka Uka find themselves captive in an otherworldly place after facing defeat. The latter manages to set them free by opening a powerful rift in the fabric of space and time but sacrifices his own life in the process. Dr. Cortex and N. Tropy discover a multiverse and come up with a plan to rip apart the dimensions and bring the universe to collapse. It’s up to Crash and Coco to recover the four quantum masks, close the rifts, and save the day. It’s business as usual for everyone’s favorite bandicoot, then. 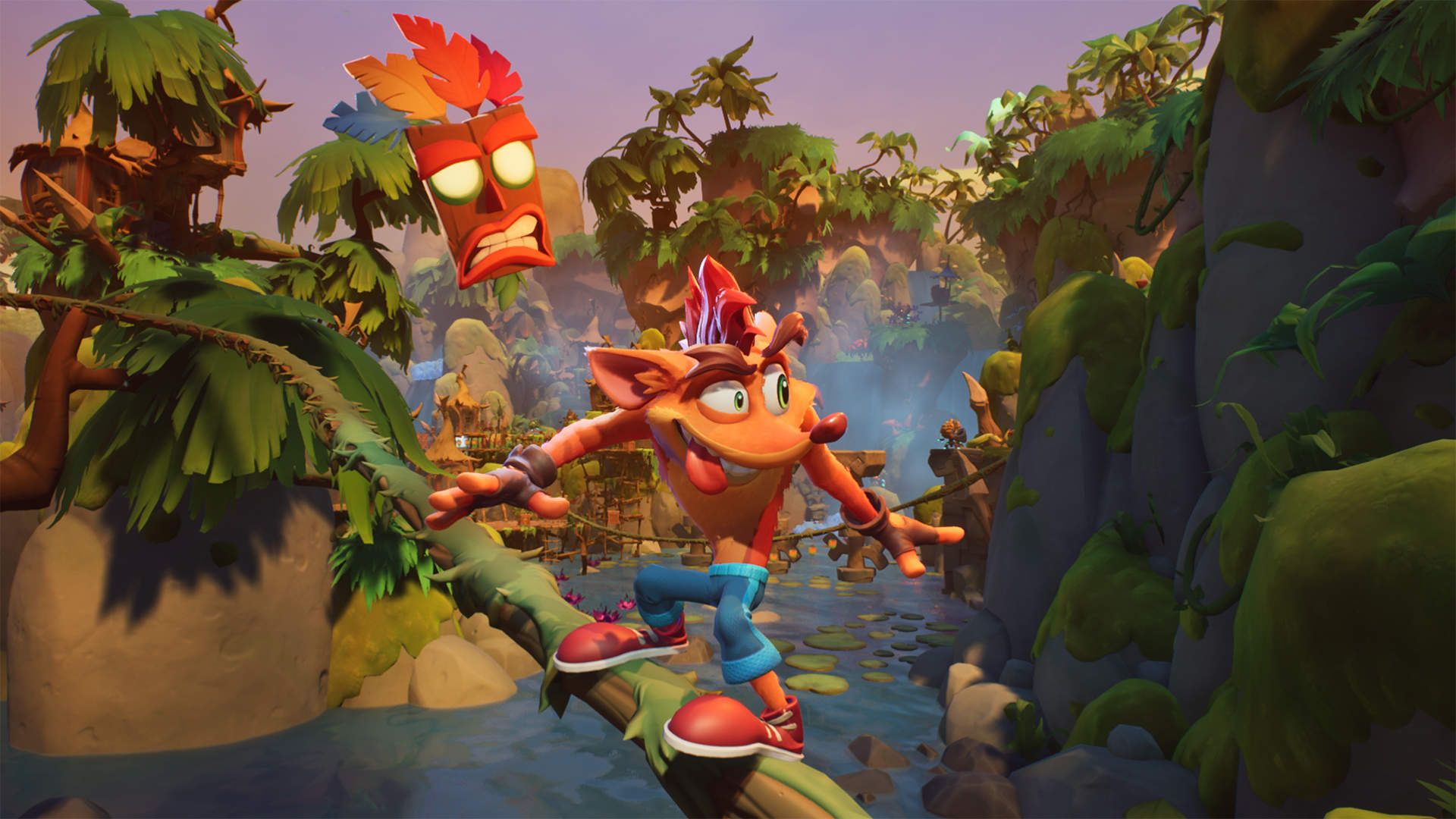 In terms of level design, It’s About Time fits right in with the rest of the series. You’ll find the same shifts in camera perspectives as you progress through a level, with the camera adjusting itself according to the situation at hand. It’s a side-scrolling platformer one minute, and the next minute you’re being chased down by a powerful monster in 3D space with your only option being to run towards the camera. Everything fans loved about the classic Crash games is here, and handled with finesse.

Toys for Bob didn’t just stop there, however. The developer has incorporated new aspects that gel really well with the classic Crash formula, including the aforementioned quantum masks and the addition of secondary playable characters. Each of the masks offers a unique ability that’s required to progress through certain areas in levels. This includes the ability to slow down time, make certain objects appear and others disappear, spin into a whirlwind and cover large distances, and alternate the force of gravity. Later levels require the player to alternate between these four abilities in quick succession. This does lead to a lot of trial and error, which can occasionally feel frustrating, but these challenging levels are also more rewarding once you succeed in clearing them. 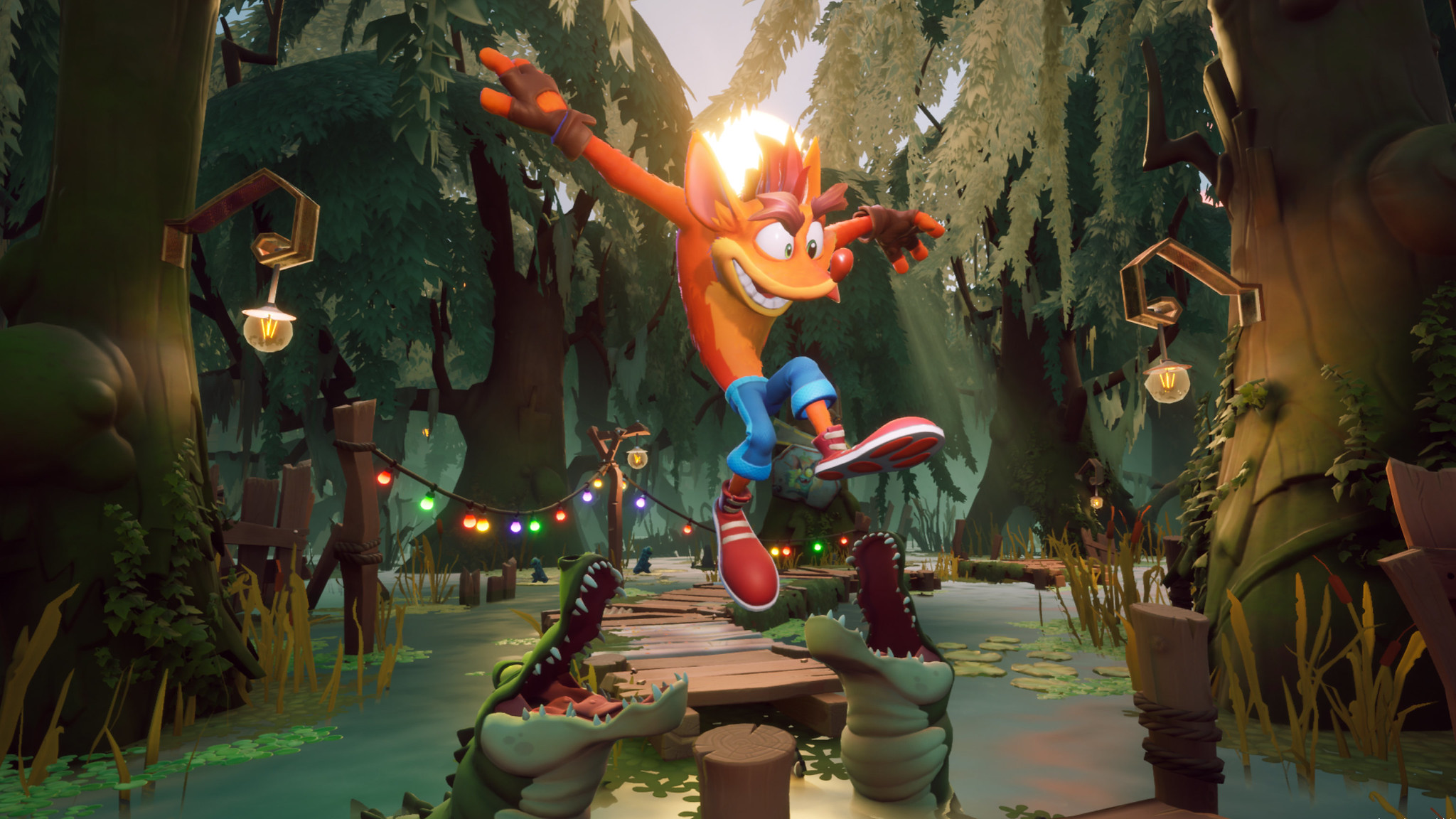 The three secondary playable characters have their own respective sub-plot and missions, giving the game some additional replay value. Each character has their own weapons, moves, and mobility. Neo Cortex was first featured as a playable character in Crash Bandicoot 2: N-Tranced’s multiplayer mode. In the fourth installment, his missions are based around his blaster’s ability to turn enemies into platforms. Meanwhile, Dingodile is playable for the first time in It’s About Time, and he seeks vengeance against those who burned down his diner. While he’s slower in movement compared to the others, he has a deadly arsenal of attacks, such as the tail swipe, that make up for this disadvantage. Lastly, Tawna Bandicoot’s levels are designed around her grappling hook and her ability to wall jump.

Crash Bandicoot 4 offers two different gameplay modes, namely modern and retro. The former lets you restart from a checkpoint for as long as you like, while the latter limits this via a finite number of lives. Once your lives run out, you’ll need to restart the level from the very beginning, much like in the classic Crash Bandicoot games. While some may consider the modern gameplay mode to be a ‘casual’ mode of sorts, it’s more in-tune with the user experience and affordances that a majority of audiences expect from games nowadays, and is, therefore, the mode of choice. 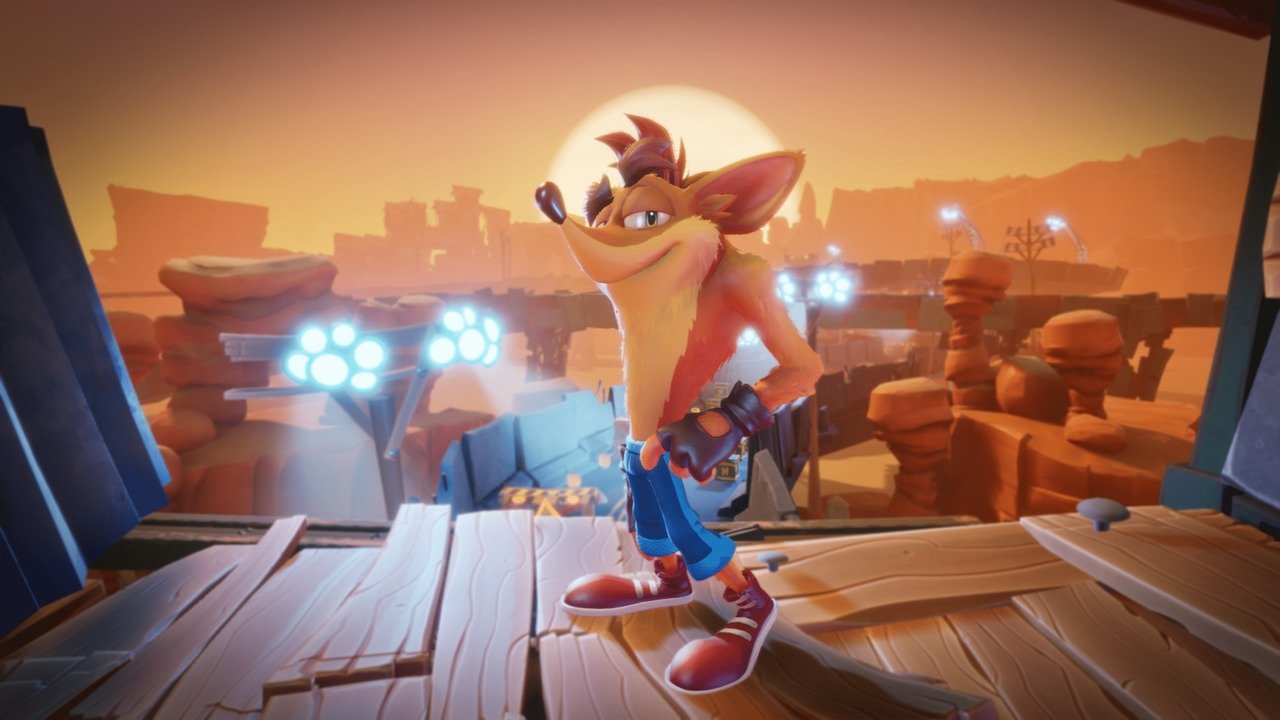 The PlayStation 5 version of Crash Bandicoot 4: It’s About Time further enhances the experience with some worthwhile improvements. The game can now be played at 4k and a steady 60fps. In addition, it supports the console’s 3D audio functionality via headphones, delivering a more immersive experience. Load times are also noticeably quicker than they are on the PS4 or PS4 Pro. What really stands out among the new features is the game’s use of DualSense’s adaptive triggers. Whether you’re vacuuming enemies as Dingodile, blasting away as Neo Cortex, grappling across levels as Tawna, or revving up Crash’s jet board, you’ll get some nice feedback on the trigger.

Crash Bandicoot 4: It’s About Time marks a triumphant return for the classic platformer. The quantum masks and a compelling roster of side characters make fine new additions to an already great formula. Occasional trial-and-error instances in later levels can lead to some frustration, but overcoming such challenging makes for a rewarding experience at the end of the day, especially for fans of platformers. 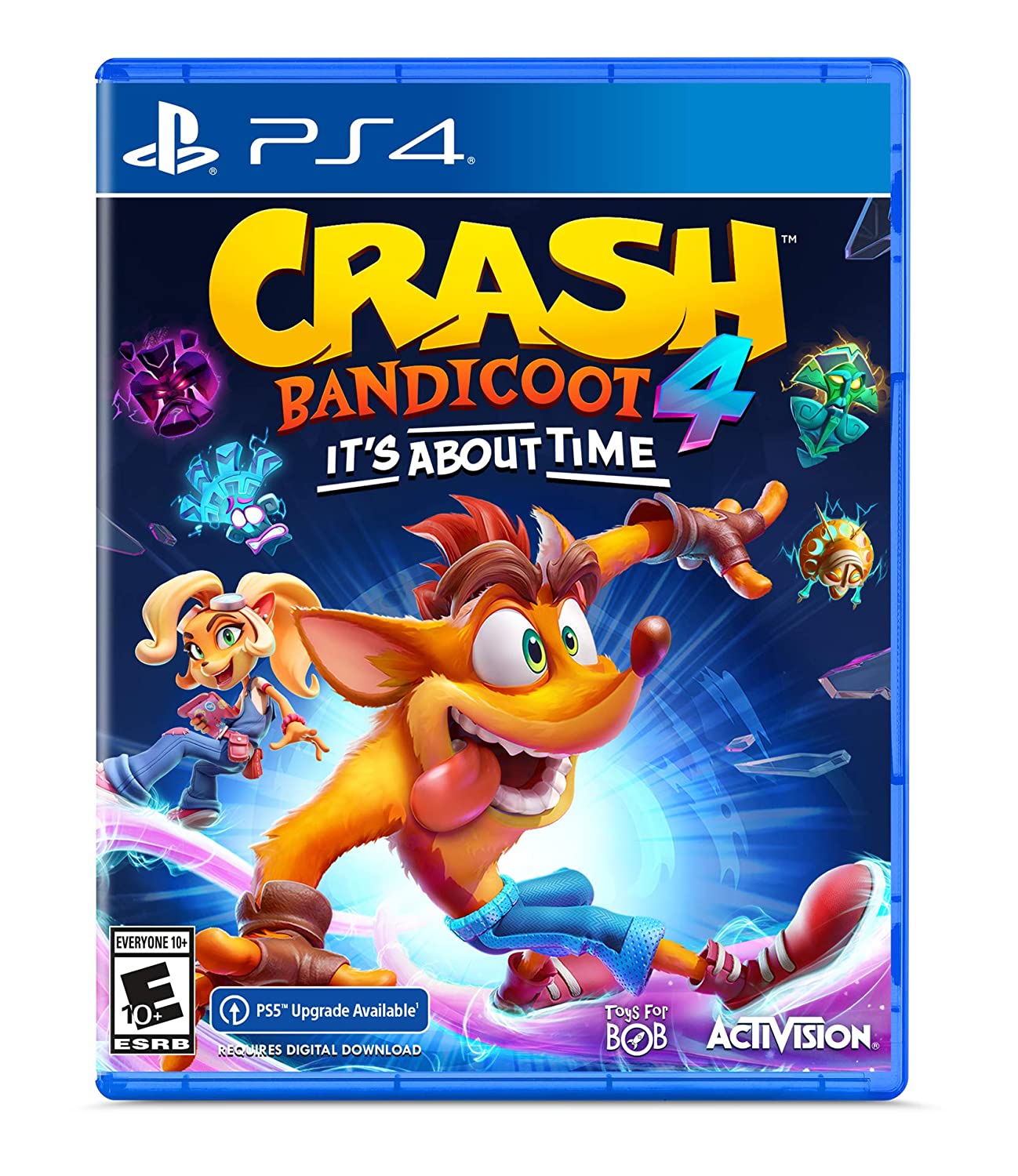 Crash Bandicoot 4: It's About Time Review

Crash Bandicoot 4: It's About Time’s new additions like the quantum masks and a compelling roster of side characters serve as the right ingredients for the series to make a triumphant return.

Why More People Are Gaming via Mobile?