If there is one thing Remedy excels at, it is story and writing. Alan Wake was the pinnacle of their storytelling in a medium, portraying an immensely twisted and psychological story of a writer via the lens of his writing. It’s not something we see every day, at least not in a video game.

The original game was only available for the Xbox 360, but it was thankfully ported to the PC as well. PlayStation owners, on the other hand, were entirely excluded if they did not possess a PC or an Xbox system. This is why the remastered edition of Alan Wake is so important to PlayStation fans, as the game is finally making its premiere on Sony’s platform. 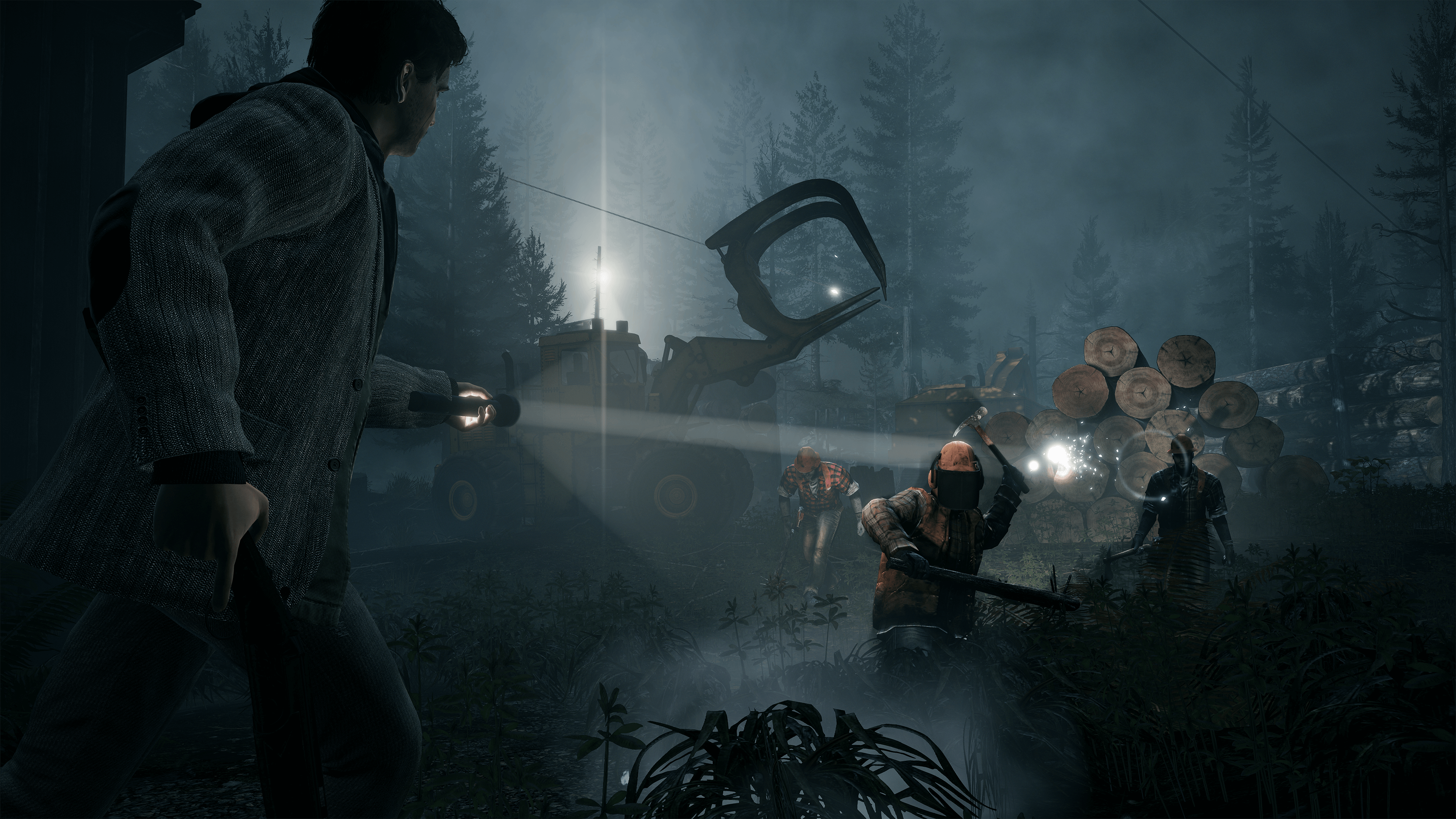 The improvements are considerably more obvious on paper, but in actuality, the only thing you will notice is the increase in frame rate. This was previously the case for the PC version, so if you’ve already played it, you’re not getting anything out of this. The phrase ‘Remastered’ appears in the title, and this is true. Don’t anticipate a full remake or revamp of the original Alan Wake, because this isn’t going to be one.

DualSense and Adaptive Trigger are two extra features on the PlayStation 5. Alan Wake’s flashlight is one of the game’s most important weapons, and it has been cleverly linked to the DualSense triggers. Based on the trigger, you can tell how sensitive the flashlight is. The firing of a gun has also been mapped to the right trigger, although I didn’t find it interesting. The controller does give adequate tactile input, which, when combined with the cinematic cuts, allows you to get a thrill out of the experience. 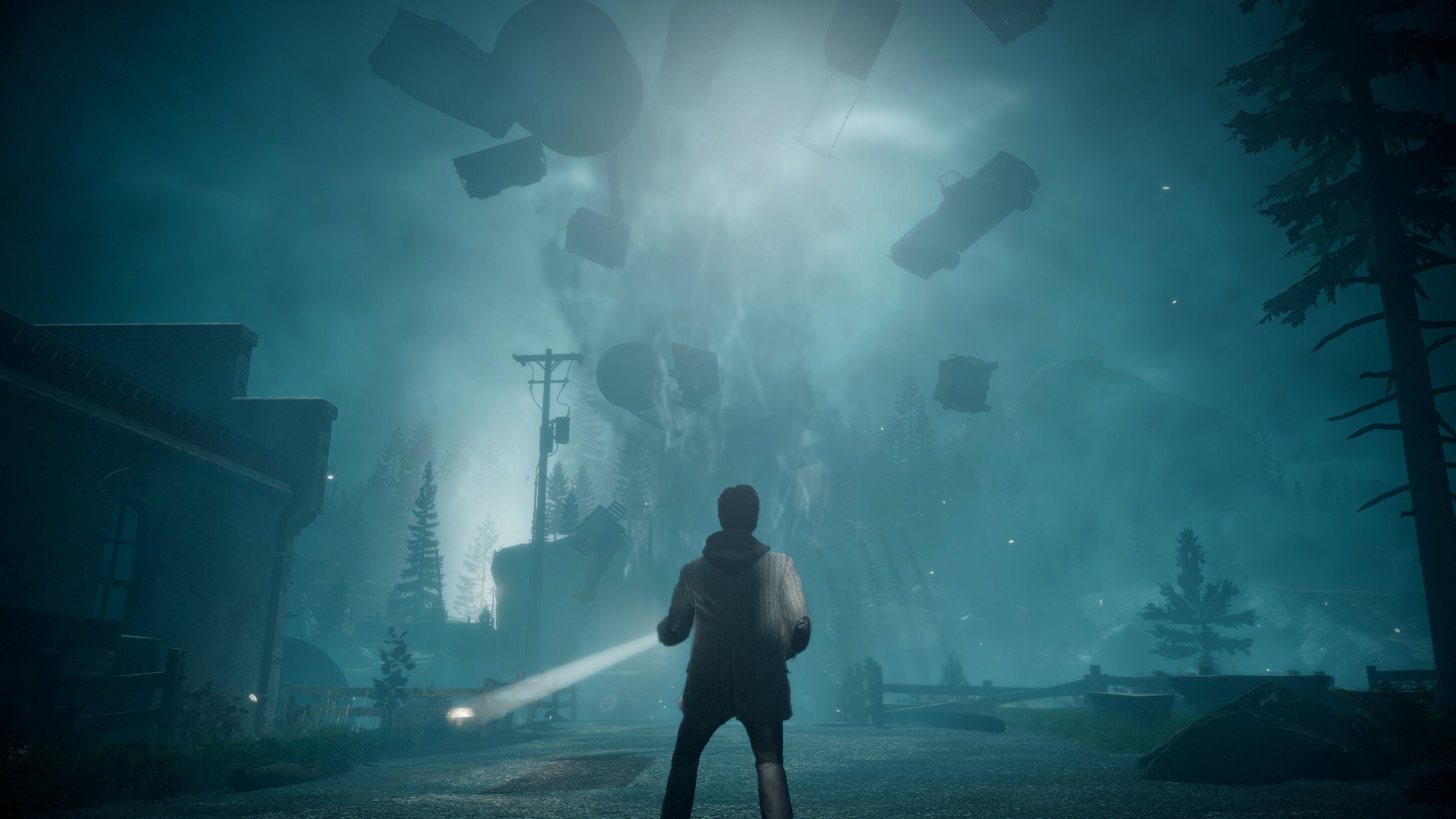 So, what exactly occurs in Alan Wake? You take on the role of Alan Wake, a writer who is plagued by nightmares. He had a huge hit with one of his novels more than two years ago, but he’s been battling with writer’s block ever since. Alan decides that a change of scenery will give him a much-needed boost in the right direction, so he travels to Bright Falls. Before he knows it, he is entangled in the secrets surrounding this town, and his demons begin to haunt him.

Alan Wake terrifies the gamers with a solid blend of psychological horrors and great storytelling. It’s not a horror game in and of itself, although there are some disturbing situations. It plays out like an action game in which you manage resources, such as a torch. Your flashlight lets you cast light on the dark beings who serve as Alan Wake’s major enemies. They come in a variety of forms and sizes, but the majority of them have gloomy shadowy figures that may be seen with a flashlight. You must first illuminate the black aura around them with your flashlight before you can inflict any damage on them. 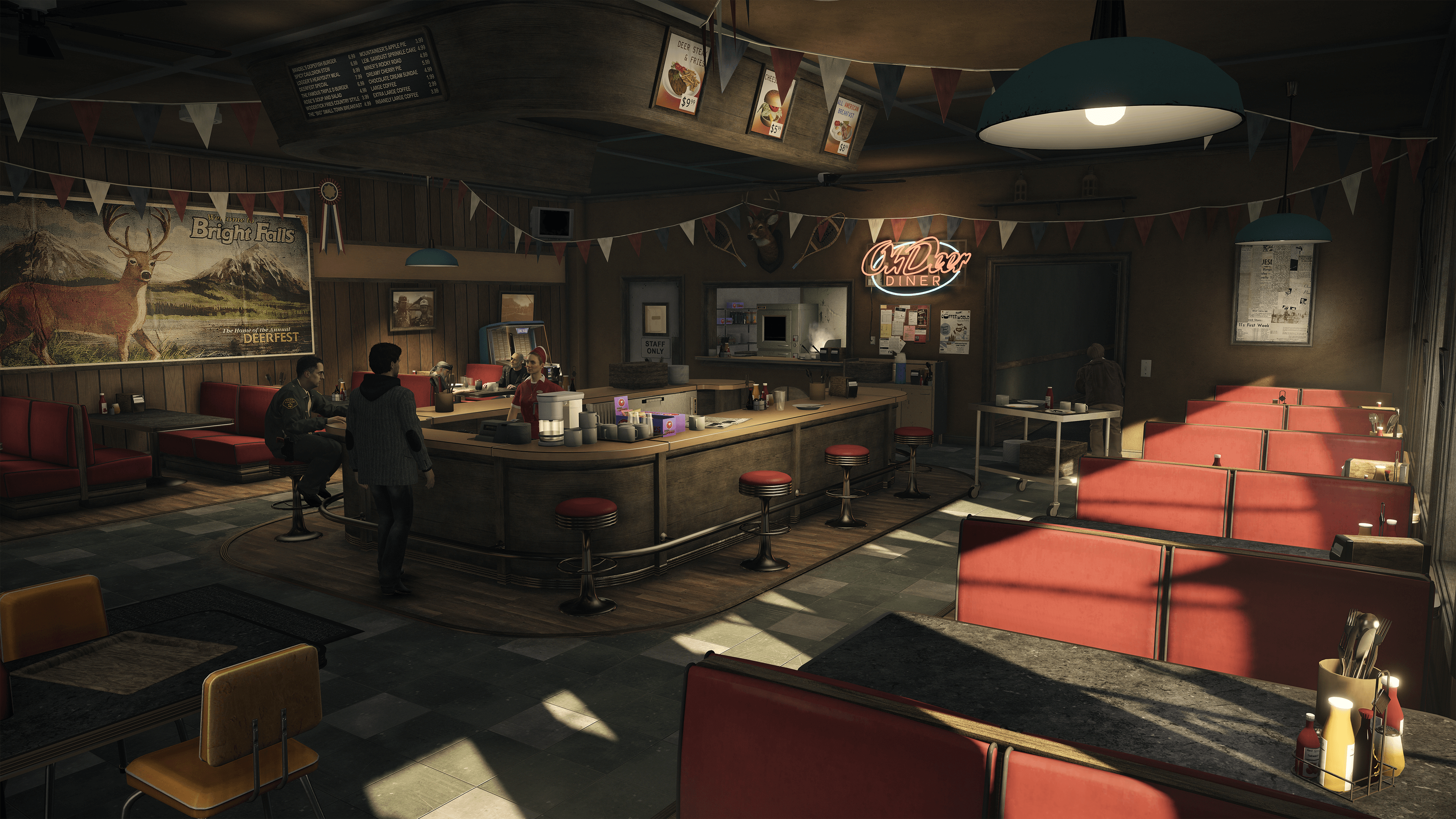 Alan Wake’s gameplay is excellent in this aspect, as Remedy is the master of third-person shooters. The animation is really pretty fluid, and the ability to avoid enemy strikes adds to the enjoyment. You’re not just firing at random enemies, but also attempting to exploit their vulnerability to light, which may become old fast. There may be moments when you will be surrounded by attackers, and the flashlight can recharge itself but requires batteries to function for a longer period. Along with the cinematic flawless dodge, this will be your sole salvation.

I found the game’s pacing to be sluggish, although this might be because I had previously played and completed it once. While I don’t remember much of the big storyline twists or plot beats, the gameplay has stayed with me. It’s incredibly wonderful to execute a flawless dodge because everything slows down in a Matrix-like manner. As previously said, this may become old quickly, but I still loved pulling it anytime I got the chance. 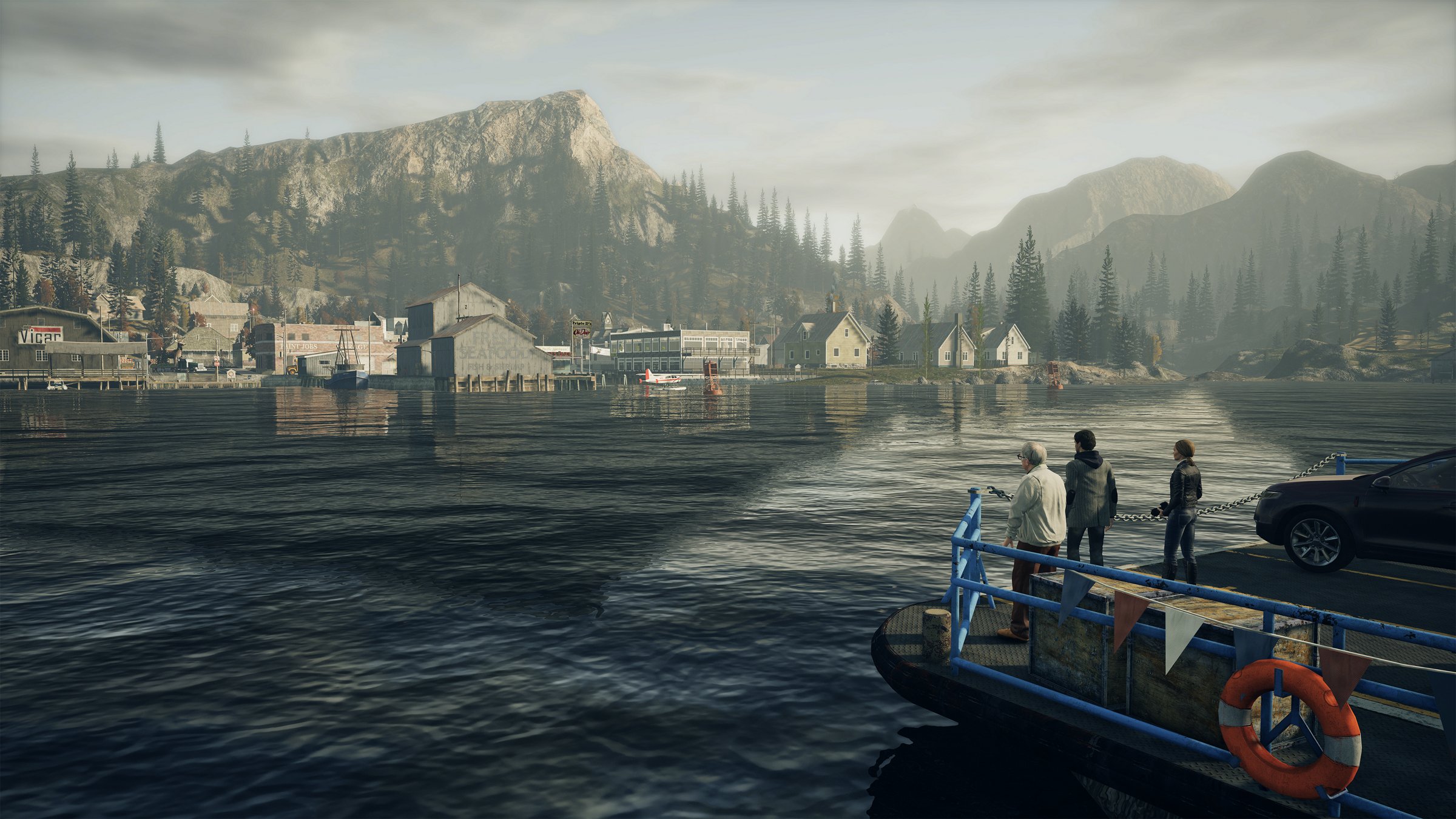 Your tolerance for playing the game may differ, but this is a great remaster of one of the most intriguing storylines given in a video game, in my opinion. While the visual enhancements are uneven, such as the Alan Wake character model, you do get 60 FPS on the PS5, so there’s that. If you haven’t played the game yet, you should do so now that the remaster is available on the PS4 and PS5. 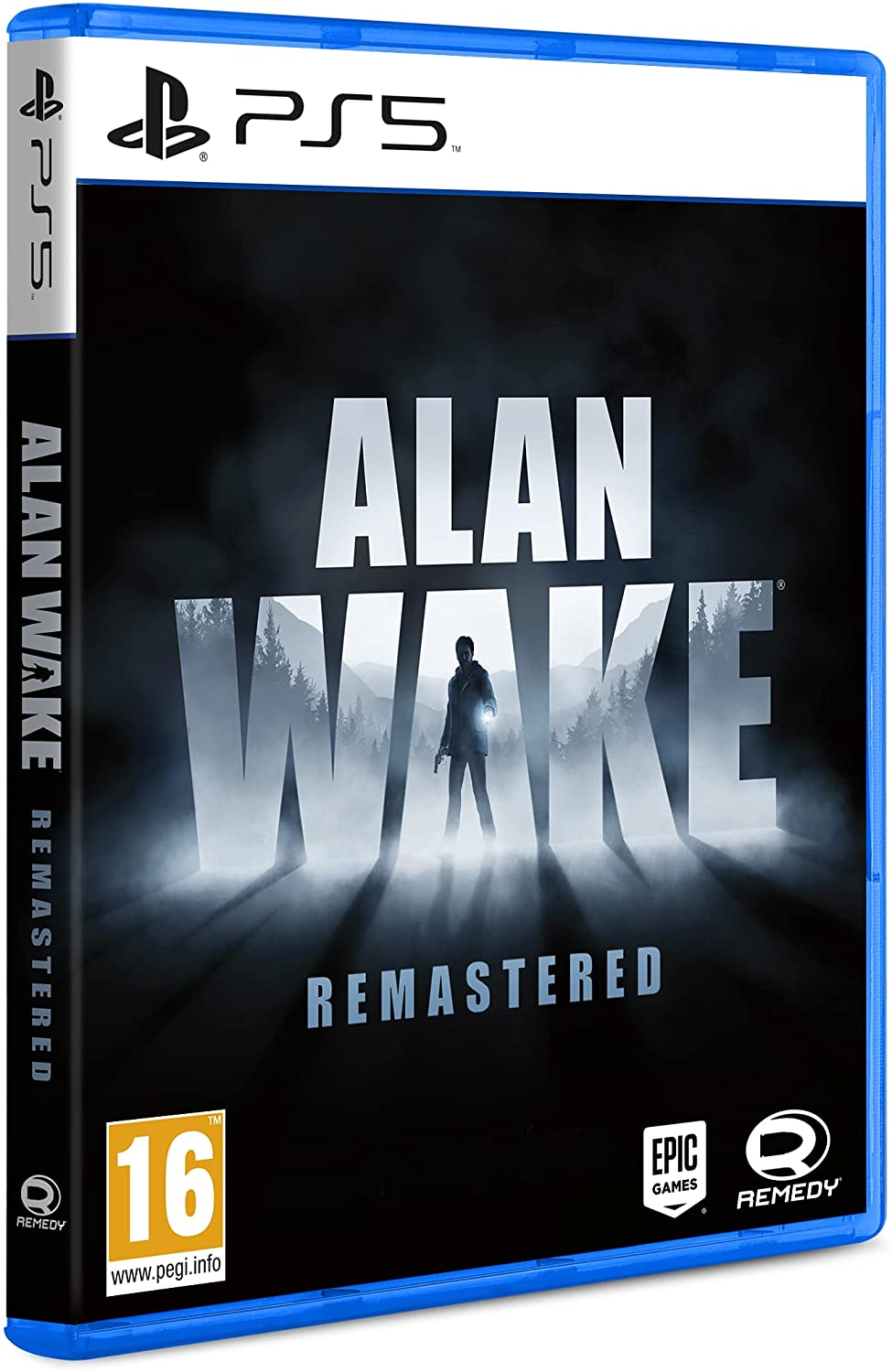 Alan Wake Remastered is still one of the most stunning games with a well-written story that has aged nicely.