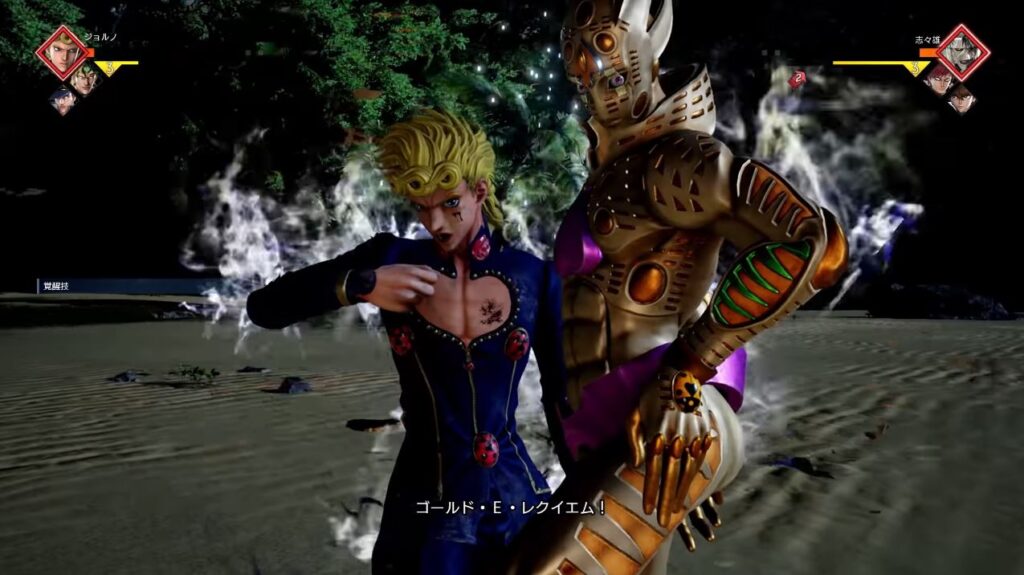 Jump Force has been updated to version 2.06 today. You can find out the full patch notes for this update on PS4, Xbox One, Switch, and PC.

This update adds support for the last DLC for Season Pass 2, Giorno Giovanna. He will be available to play as part of early access for owners of Season Pass on April 9th and for others on April 13th. In addition to this, there are some stability improvements and the addition of new missions related to the DLC.

Here are the various skills of Giorno Giovanna.

Rush attack by Stand! When you continue entering command, it is possible to activate up to 3 rush sets by consuming the skill gauge.

Skill 2:
Send Their Attack Right Back

You can set the tree by Stand’s ability. When the opponent touch the tree, damage will be given to the opponent!

Giorno demonstrates his skill to create his own body part!! It can increase certain percentage of your HP!

Awakening Skill:
YOU SHALL NEVER REACH YOUR DESTINATION…

Gold Experience Requiem will show his true ability!! Go against the opponent with the Stand and hit by rush attack. The opponent will be forced to change characters and will not be able to go out with the same damaged character during the round

(The skill will be available up to 2 characters)