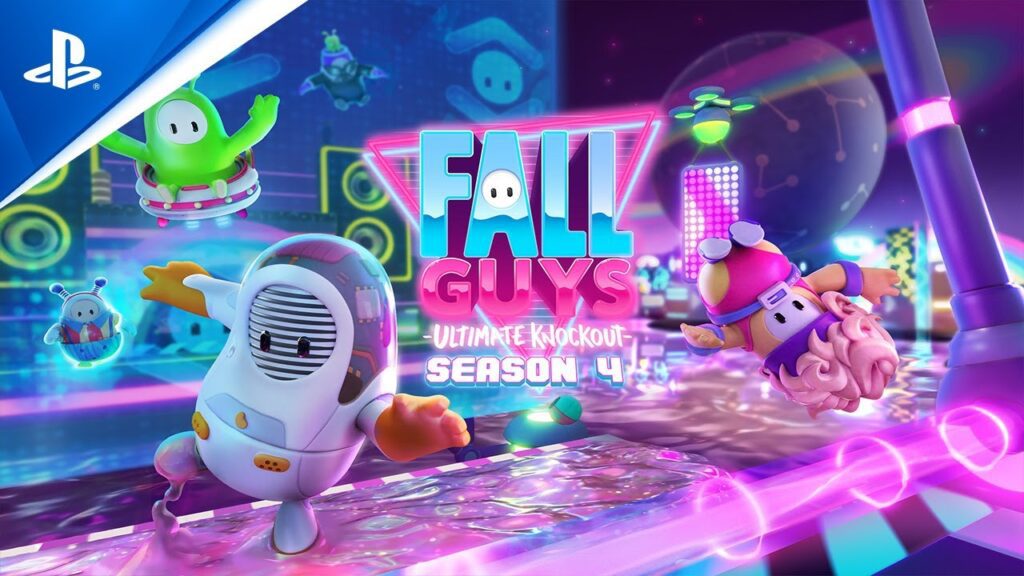 Fall Guys: Ultimate Knockout was updated to version 1.18 today on March 22. The full patch notes for this update can be seen below.

This patch brings in support for Season 4 which adds new courses and skins to the game. Other additions include new features like the Squad mode, or Squad Race and Squad Survival round types. There are some bug fixes and improvements as well that are a part of this update. For the complete details, check out the patch notes below.

Hoverboard Heroes – Set sail for slimy seas as players dive and stumble over perilous obstacles. Ride out the chaos on the hoverboard ‘til the finish line or face elimination!

Basketfall – Team up to shoot some hoops in low gravity. This is the Fall Guys future, so prepare for a very silly number of basketballs…and triple hoops!

Short Circuit – A new type of racing Round drops beans on the grid and propels them through lap after lap of gravity-defying, obstacle-strewn mayhem!

Power Trip – Stumble onto the future-funk dancefloor and light up those tiles in a battery-powered battle for disco domination!

Big Shots – Ever wondered what it’d be like to stand on a See Saw while inflatable stars, magnets, gamepads, and miniature Saturns were shot at you? Well, now you’ll know.

Roll On – It’s Roll Out…but a race!? In this classic themed Round, 60 players dash to the finish line over a series of rambunctious rotating drums. Don’t fall off!

New Feature: Squads Mode! Qualify together as a Squad of 4, with your whole Squad claiming victory if any of you win the final Round!

New Round Type: Squad Race. Score points for your squad by crossing the finish line- The higher your position, the more points you earn! The lowest scoring Squads get eliminated, so every Squad member’s performance matters!

New Round Type: Squad Survival Score points for your squad by staying out of the slime! The lowest scoring teams get eliminated, so try to target other squads and throw them off their game!

New Feature: Daily Challenges Log in each day to receive new Challenges to earn bundles of Fame and Crown Shards!

New Currency: Crown Shards Earn 60 Crown Shards to transform them into a shiny new crown! Collect Shards through Challenges and Squads, and check your balance in the Show Selector screen.

Post elimination flow: you can now quit at any time after being eliminated, no more waiting for the next round to load

Other fixes and improvements: