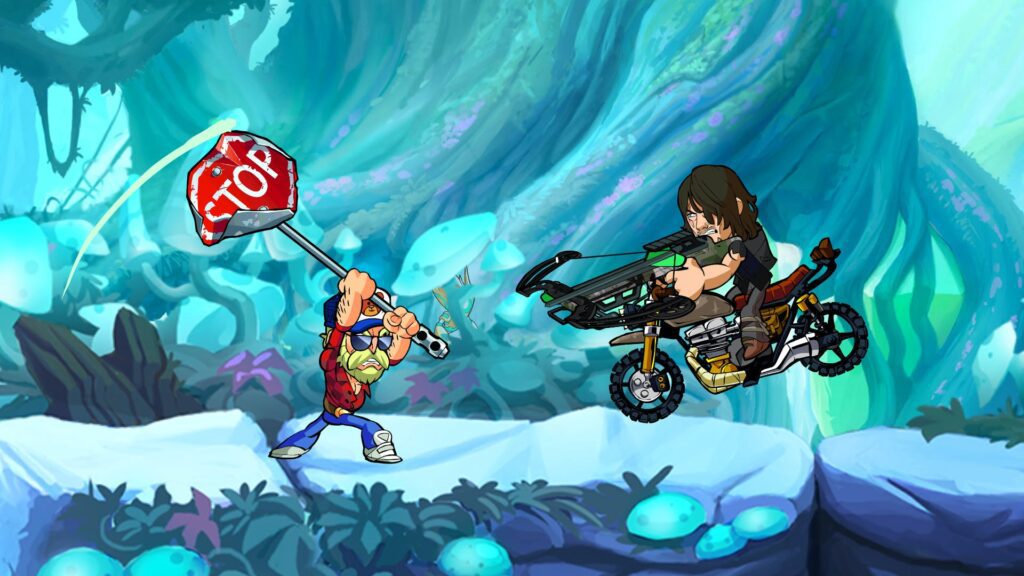 Brawlhalla has been updated to version 10.05 by Ubisoft adding a new crossover with The Walking Dead as mentioned in the patch notes.

Here are the details on this crossover from Ubisoft.

Michonne, Daryl Dixon, and Rick Grimes of AMC’s “The Walking Dead” are joining Brawlhalla’s roster of Legends starting October 14, when a special crossover event kicks off within the free-to-play platform fighter. Available as Epic Crossovers for Koji, Ember, and Barraza respectively, Michonne, Daryl, and Rick will arrive alongside a map depicting the prison from seasons 3 and 4; a new game mode that challenges players to survive against unending waves of walkers for as long as possible; and a new Podium and KO effect.