The Witcher 3 Doubles Its Concurrent Users After New Season, Ranks In Top Games On Steam

The Witcher 3 has found a lot of fame thanks in part to the Netflix show which is not directly related to the game but still helps it somehow.

The Witcher 3 is one of the most popular WRPGs from CD Projekt Red. While their reputation was tarnished after the disastrous launch of Cyberpunk 2077, this hasn’t stopped the sales of the game from slowing down ever since Netflix produced a TV show based on the books published by the Polish author Andrzej Sapkowski. 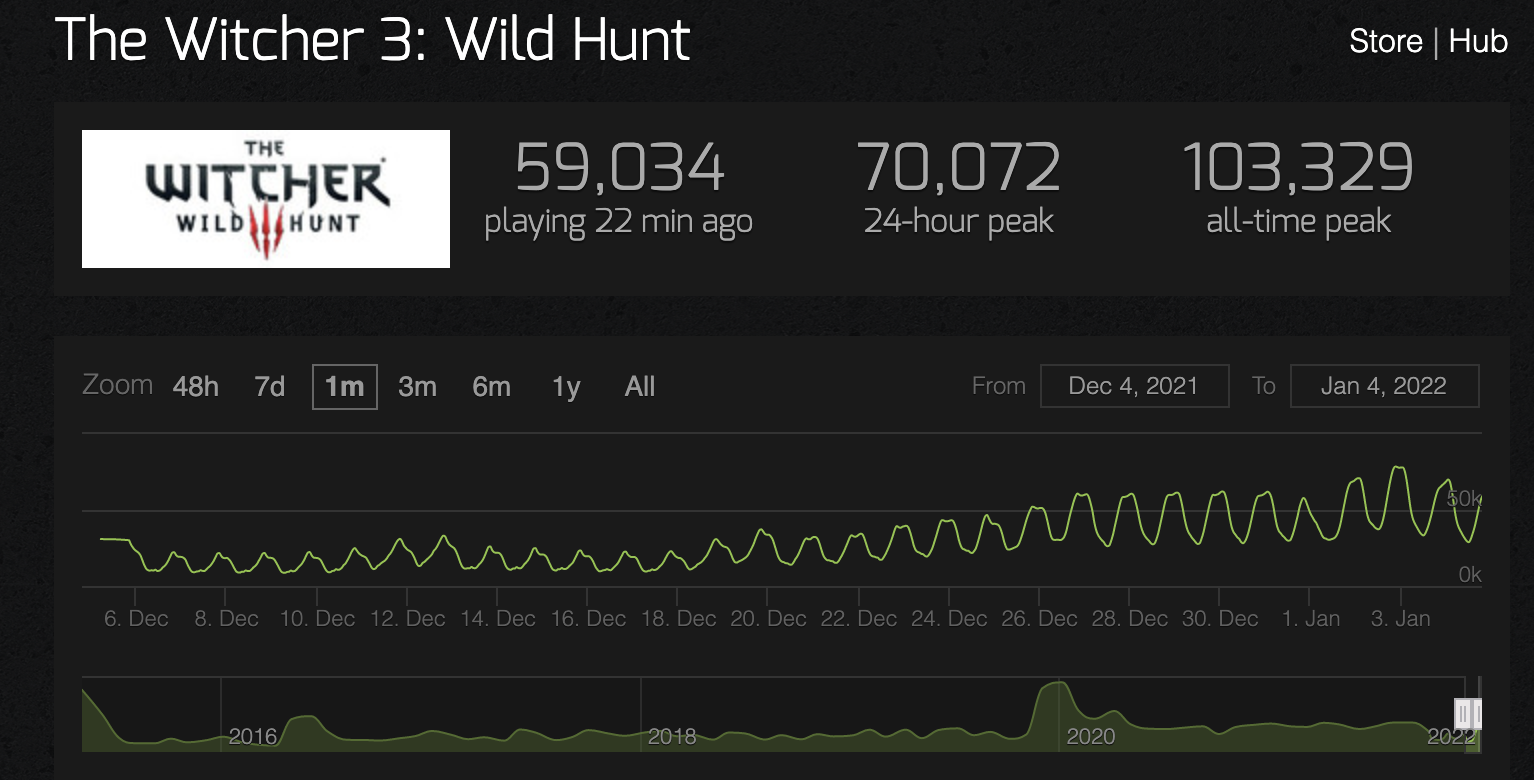 While The Witcher 3’s all-time peak stands at 100K, which happened after the debut of the first season of the show that stars Henry Cavil as Geralt of Rivia, it gained another surge in popularity with the second season.

CD Projekt Red is currently working on releasing a free content update for the game that will add support for ray-tracing and bring in some of the cosmetics from the Netflix TV show to the game. It is planned to arrive later in 2022 and will be a free update for the game.

Sucker Punch Has “No Plans” To Revisit Sly...