Sony has shared a detailed look inside the upcoming port for Marvel’s Spider-Man Remastered on the PC offering PC system requirements and more.

In a blog on the official PlayStation website in addition to Steam, they have shared the PC system requirements that are needed to run Marvel’s Spider-Man Remastered.

If you want to read the requirements in more detail, check out the official image giving an overview of what features will require and which type of hardware configuration 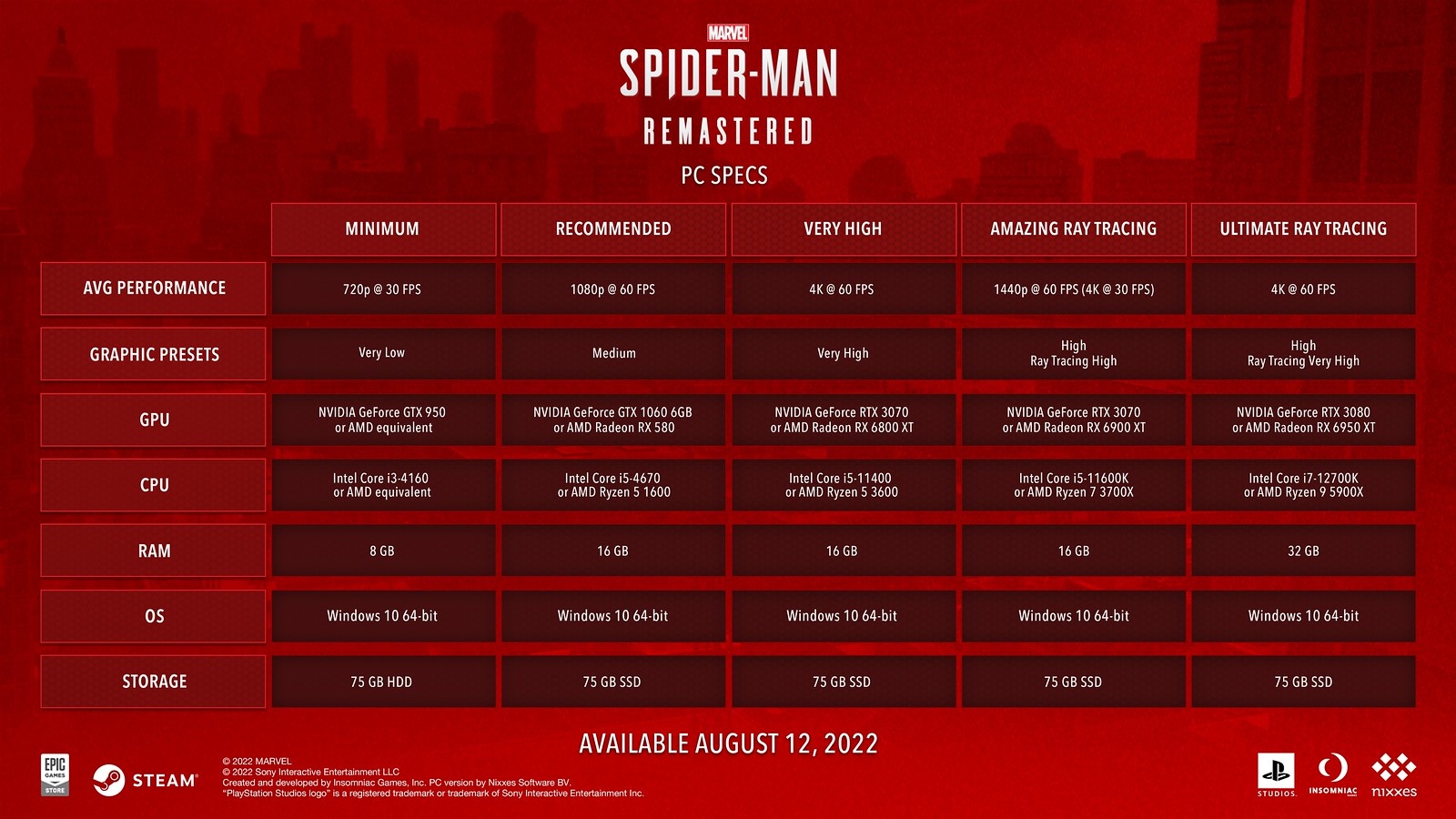 In addition to this, the following features are confirmed to be a part of the PC version.

Marvel’s Spider-Man Remastered will be out on August 12, 2022. It can be pre-ordered on Steam.

The Last of Us Part 1 Gameplay Upgrades, Resolution, and Frame Rate Detailed