Halo Infinite release date is set for December 8th according to a new rumor. This comes from two different sources including the official Microsoft Store.

Halo Infinite was missing from the Xbox Gamescom showcase which puzzled fans. The game still doesn’t have a release date even though it is out in Fall 2021. The campaign and the multiplayer will be separate for the game at launch while it was revealed that the Forge and Co-op campaign won’t be available at launch.

Two different sources have now suggested that Halo Infinite will launch on December 8th. The first is a source from Taiwan. This retailer has listed a December 8th release and also mentions that Forge will be available at launch. 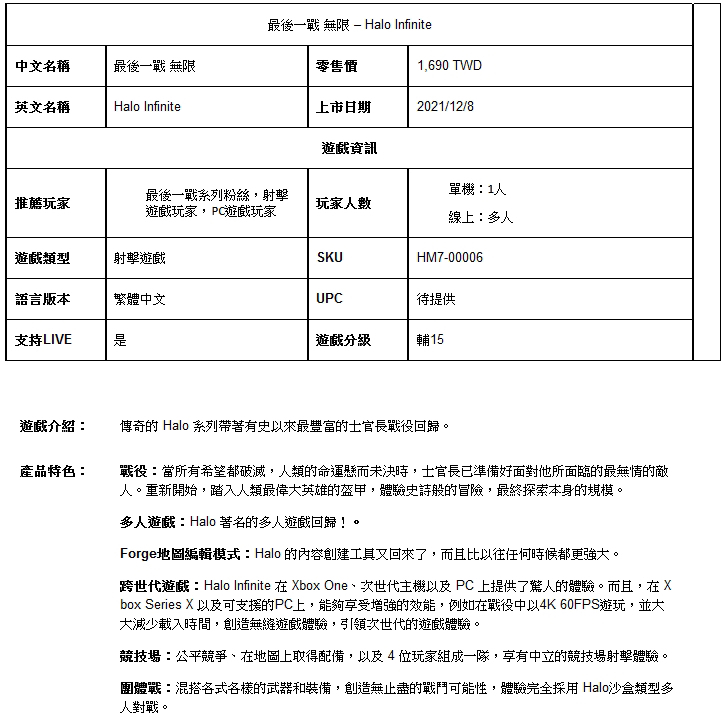 The second source is direct. It is the Microsoft Store that has listed the game with the December 8th release date.

So it looks more likely that the game is going to arrive on December 8th. As for why it was not announced, it is possible that Microsoft is still not set on this date and they will announce one once they are sure about it.

Twelve Minutes Ending Explained: How Does It Make Sense?