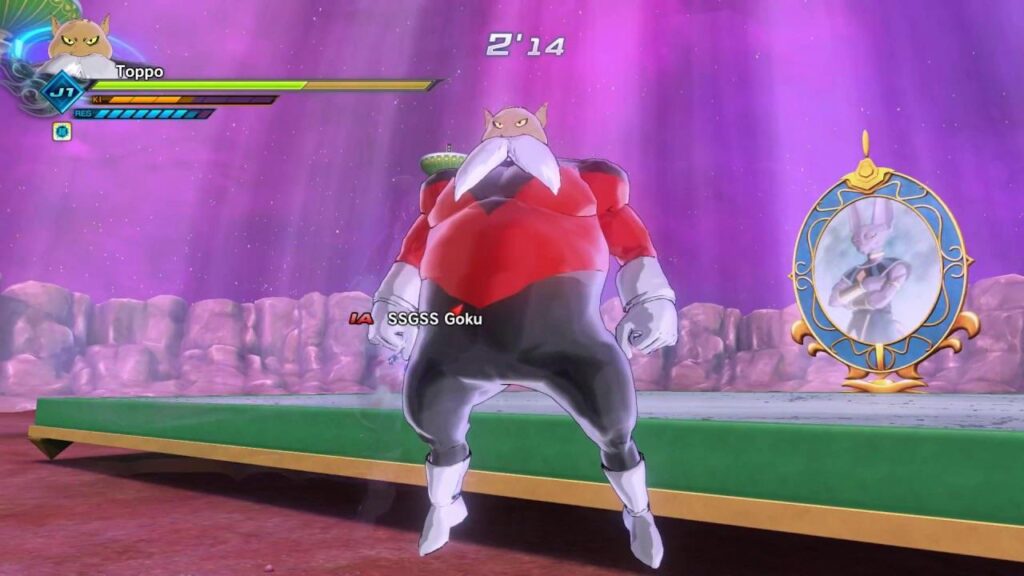 Dragon Ball Xenoverse 2 will be updated to version 1.26. This is the 12th update for the game and it comes with some new additional content.

In the latest issue of the V-Jump magazine, Toppo (Hakaishin Mode) was announced as a new fighter, joining the previously revealed Pikkon as a new playable character as part of the 12th free update for Dragon Ball Xenoverse 2 due out this spring.

This is not the only thing that has been confirmed for this upcoming update. New figures will be added to the Hero Colosseum, new Expert missions will be available in addition to the two fighters.

> [New DLC] The Strongest Warrior of the Western Galaxy, Pikkon, will join the fight as a playable character!

The Strongest Warrior of the Western Galaxy, “Pikkon,” will become available as a playable character!
Pikkon fiercely fought against Goku in the Other World Tournament and was a powerful & reliable supporter during the battle against Janemba! The game will show his unique Ki Wave moves that you will find links with his Martial Artist-like charge attacks. Please check them out after the release!

Clothes of Bardock & Gine from Dragon Ball Super: Broly will be available as new costumes!

Accessories of Gine Wig & Tail sets will be added, and you can fully customize your character true to the entire outfit of Gine!

Enjoy creating epic scenes of the original work or taking photos in your favorite situation with Photo Mode, by immersing yourself into Bardock & Gine!

In addition to that, new costumes will appear through the game update, so look forward to follow-up information!

Janemba will be available as a new CC Mascot! The game will show his unique actions true to the film, Dragon Ball Z: Fusion Reborn, such as his impressive overhead kick & firing of Ki Blasts!
Cute motions of villainous Janemba will relax you for sure!