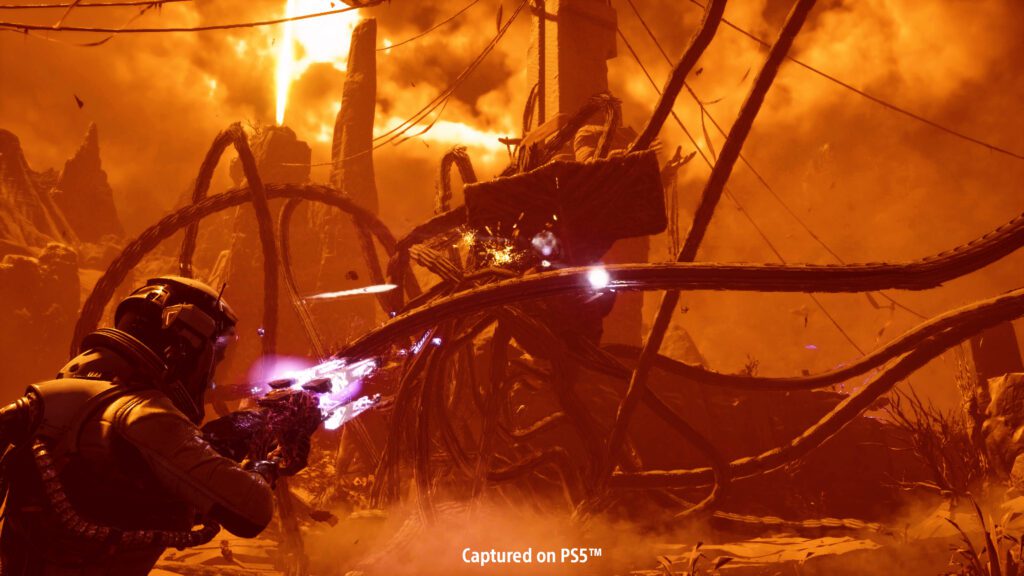 Ixion is the boss that you have to defeat in Returnal. The first boss Phrike wasn’t very difficult to defeat, but Ixion is a completely different beast. The battle with the Ixion boss takes place at the Crimson Wastes’ summit in Returnal. The battle with Returnal’s second boss is extremely difficult as it remains almost entirely airborne, especially since you can’t harm it at all during some phases.

How To Defeat Ixion In Returnal

Tachyomatic Carbine is the only weapon that you should bring into the battle with Returnal’s Ixion boss. As Ixion stays away from you mostly so the Spitmaw Blaster is of no use, the Modified Sidearm can do the job but will take ages, and the Hollowseeker is just one of the worst weapons in the game. So equip Tachyomatic Carbine and enter the arena to start the battle with the Ixion boss.

There are three stages, as with all Returnal bosses, with the first being the easiest: never let Ixion out of your sight and hold your finger on the dash button. It will dash from one side of the arena to the other, firing a wide range of general shots, but one attack will also follow your movements. When this is chasing you, dodge continuously and fire your Carbine if there is a lull in the shots coming at you.

The second stage begins with no concentrated shots, but plenty of evenly spaced big blue balls to avoid, as well as a tall forcefield wall to repeatedly hop over. Starfe and hop over the walls while shooting your Carbine to weave your way through the shots, instead of pressing circle to dash.

When Ixion jumps off the ground again after a short time, run to one side of the arena. When Ixion returns across the arena and unleashes more shots and walls, you will want to be perpendicular – the safest position is directly across from the ledge you entered from. Ixion will revert to his first stage strategy of remaining stationary and firing similar shots if you dodge and of these attacks. The only thing to be aware of is that when he moves to the side of the arena with a large spire, you must strafe because he is about to fire a massive beam.

The third stage will start after that. It starts similarly to the second, except watch out for the shots above your head while jumping the walls so you don’t take any more damage. Ixion will then begin dashing towards you and slashing, so the value of dashing away here cannot be overstated. Continue to walk down. Ixion won’t last long if you don’t avoid his frequent external pulses as he bangs the ground.