New Pokémon Snap Eeveelutions Locations and Where To Find Them

In Pokemon history, Eeveelutions are iconic figures but many people focus on the starters, such as Squirtle, Charmander, and Bulbasaur. There’s no Eeveelution yet that anyone has looked at and said “nope” from the original designs like Vaporeon to more recent variations on the formula like Sylveon. Luckily in New Pokemon Snap, the Eeveelutions are included but you can’t find them easily.

You will have to complete the main story in order to take a snap of Vaporeon. Vaporeon can be found in Maricopia Reef (Night), but you can’t get to this location until the credits have rolled.

Go to the reef at night and find Machamp’s rock, where Primarina will be sitting after you complete the game. You will be prompted to scan the area after you pass this. You will learn that there’s a Pokemon under the waves when you interact with it. Play the music by pressing R and Vaporeon will leap into the air before diving back into the sea. You will get a four-star snap if you grab it mid-jump.

Flareon is also a late-game Pokemon, and you will have to get Fireflow Volcano to rank three in order to encounter it. You will find it sleeping near the junction at the end location of the left route, and it will appear twice on the right route. Once in the blue and grey room next to Charmander, and the second time it will be walking at the alternate end location inside of the volcano. It takes some time to get to a level where Flareon appears, but once you do, it’s all over the place. 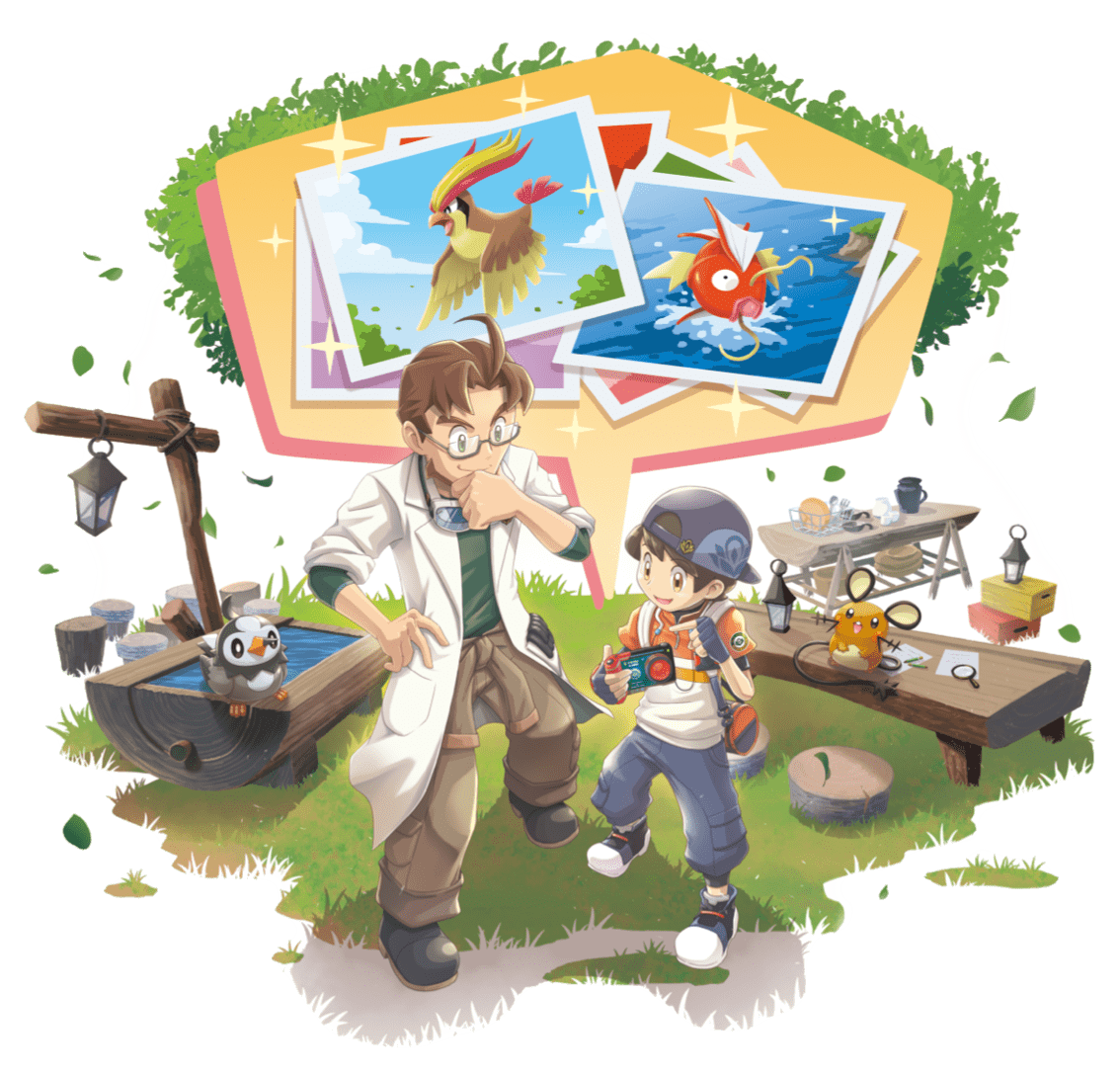 In all the Eeveelution the most difficult one to track is Umbreon. You will find him in the Ruins of Remembrance, which is the last area of the main story. You will never notice that it is there unless you spent a long time trying to find it out.

Head through the spawn area and down through the crater where Houndoom is asleep once you reach rank three. Turn left and make the Noivern move by throwing an Illumina Orb on it. Look down the corridor it was facing and spam everything – fluff fruits, music, Illumina orbs… Umbreon will come out and run right by you after you get its attention. It will appear again later on the map, sleeping next to the fourth Crystalbloom pillar. Throw an Illumina orb on it to wake it up.

You can find Espeon in Elsewhere Force after you get it to rank three. Although it’s difficult, there is only one or two Pokemon that appear on the screen after rank three is loaded.

At rank three Glaceon will appear in Shiver Snowfields. You will go down a steep hill towards a caver after you pass through the intro area and out into open plains, where some Mamoswine roam around. If you want to see Glaceon, you will have to look to the mountain on top of the cavern just before this. It will reappear near the end of the level, in the inaccessible frozen area behind where Spheal and Piplup are if you take a snap of it.

You can find Leafeon in Founja Jungle’s rank three. It’s the first Pokemon you see, and it spends the entire journey walking just a few steps ahead of you. It can be seen for the majority of the level, but it veers off into the last cave on the left before the teleportation point.

At rank three Sylveon appears in Florio Nature Park (Night). Keep your eyes open for the last Torterra in the line in the middle of the area, where all of the Torterra are sleeping. Where Tangrowth appears during the day, on the far side of the lake but before you turn towards the Taillow sign, Sylveon will be sleeping there. It will move to sleep next to the last Torterra in the level instead which is located in the meadow that leads to the teleportation point if you try to wake it up by throwing an Illumina orb. If you play your cards right, you can get a fancy four-star snap here.

You can find Jolteon in Outaway Cave. Take the right route from the junction, after you hit rank three and have the option to choose which way to go. You will see two Carbink and a Mawile on the ground after you go through the tunnel with fighting Geodude on your left and a sleeping Croagunk on your right. Diancie will appear if you throw Illumina orbs at all of them. Diancie will release a burst of light that will relax the other Mawile a little further in if you throw another Illumina Orb at it. Now that it’s no longer angry, an alternate route will open up and it will allow you to pass. Jolteon will be hidden behind some bushes on your left when you will pass through some crystals and enter an open area filled with plants.

That’s the complete list of all the locations of every Eeveelution that you can find in New Pokemon Snap.

New Pokémon Snap: How To Get Behind The Waterfall

New Pokémon Snap Illumina Spot Locations and Where To Find Them