New Pokémon Snap: All Legendary Pokémon and Where To Find Them

The New Pokemon is finally out, and fans all over the world are exciting to start their journey through the Lental Region to observe Pokemon in their natural habitats. The Lental Region has many places to be explored, along with a day and nighttime version in each track, so players will have a lot of chances to interact and photograph Pokemon.

There are several Legendary Pokemon also in the game along with the normal Pokemon. Every Legendary is not present in the game, and the majority of them are smaller Pokemon that can hide easily. But there is a chance that a DLC will add more Legendaries to the roster.  So here you will find a list of the Legendary Pokemon that are available in New Pokemon Snap along with their location.

In New Pokemon Snap, Celebi first appeared in one of the earlier trailers. Celebi is the first confirmed Legendary Pokemon and it’s a Psychic grass type that can heal wounds and travel back in time. You can often find it in the forest, so it means that it can be found easily in the Elsewhere Forest in Pokemon Snap.

You can easily find Celebi, as compare to other Legendary Pokemon. You can easily take a photo of Celebi by following the default route through Elsewhere Forest. Celebi will fly by for a photo op in the final area. You can also use Fluff fruit to attract Celebi for some variety.

The second legendary Pokemon that was confirmed for New Pokemon Snap was Gen 2’s Lugia. Lugia also appeared in one of the game’s later gameplay trailers. When Lugia appeared in the gameplay trailer, many players were excited to know that there will be several Legendary Pokemon to find in the game. Lugia, also known as the Guardian of the Seas, is a psychic and flying type who is sometimes paired with its counterpart Ho-oh.

Tracking down Lugia is a little bit difficult, as compared to Lugia. You can find it on the Lental Seafloor by diverging left from the standard direction. You will encounter a Lanturn along the way. If you will throw an Illumina Orb at it it will swim down. It will be eventually captured by a pair of Frillish, but you can free it by tossing another Illumina Orb. 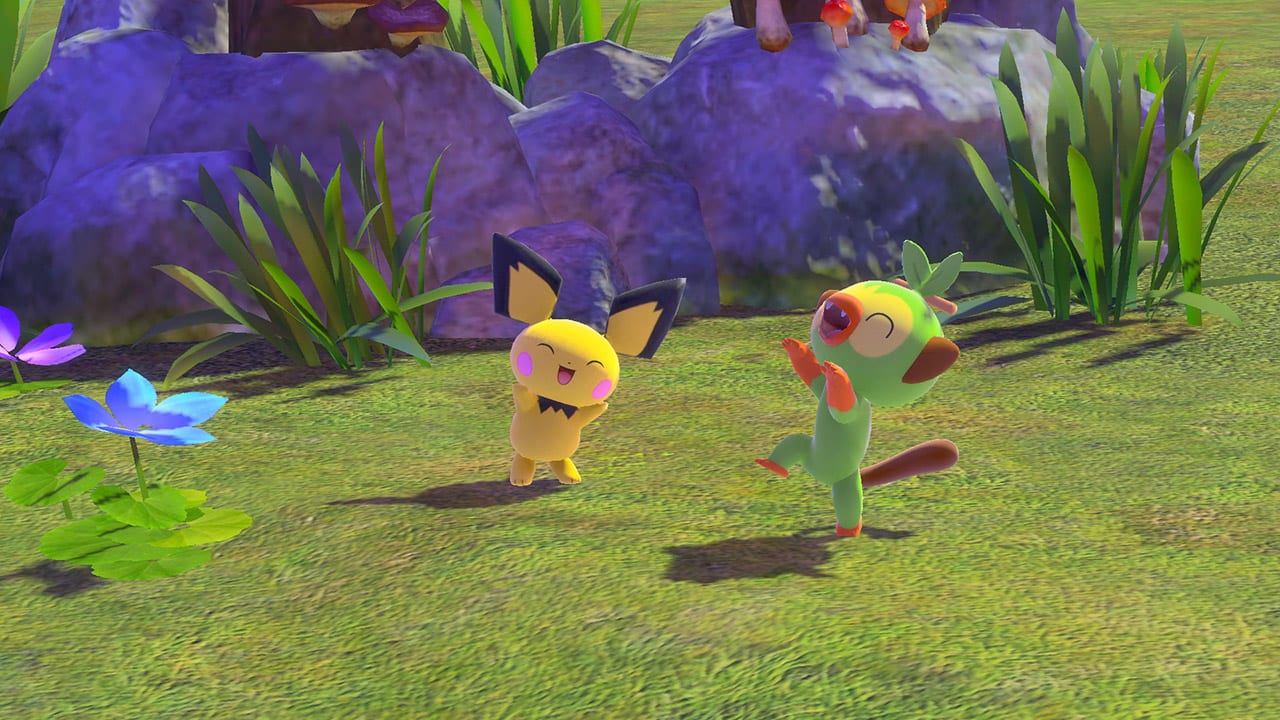 It’s fair to say that if Lugia is in the game, Ho-Oh would be as well. Lugia and Ho-Oh make up the Legendary Duo, and wherever one is, the other will be close also. Lugia is the Guardian of Seas, Ho-Oh is the Guardian of the Skies, a fire, and flying-type. Ho-Oh will appear without any need for specific actions.

You can randomly encounter Ho-Oh in New Pokemon Snap. You can find it in the Fireflow Volcano level as well as many other locations. If you want to take a snap of Ho-Oh, you will have to go through the level a couple of times while aiming your camera at the sky. You can find Ho-Oh with a little bit of patience and persistence.

The only Legendary Dog that has appeared in New Pokemon so far is Suicune and you won’t be able to find it easily. Suicune is a water-type Pokemon that is normally seen with the other Legendary Dogs Entei and Raikou, but it is seen alone in New Pokemon Snap. If you want to find Suicune, you will have to go through at least two stages.

The first move is to find Sandslash by visiting Shiver Snowfields during the day. If the player takes a snap, Sandslash will hide. Sandslash will dig a hole and open up an alternate path for players to follow if they take enough pictures of it. After that return to Shiver Snowfields at night and get the assistance of some more Pokemon now that the route has been opened.

You will have to throw an Illumina Orb at Crabominable by following the Sandslah’s path, which will cause a pile of snow to fall on poor Abomansnow and it will become enraged and attract a nearby Froslass. A new area will open if you take a lot its picture. Throw another Illumina orb on Jinx in the new area to attract Suicune. 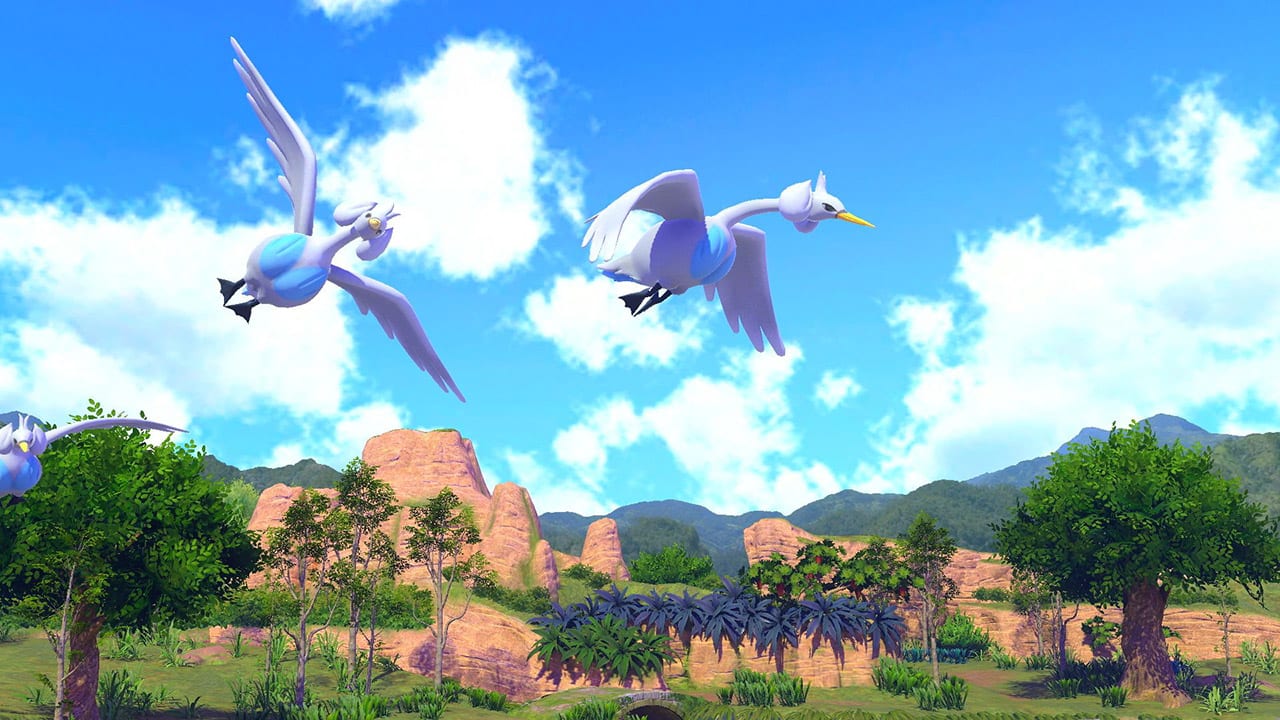 Mew is an excellent next move if you are tired of finding Suicune. Mew is a psychic-type legendary Pokemon, that is famous for its ability to master almost every move. You can find Mew in the nighttime stage of the Founja Jungle in New Pokemon Snap. You can draw out Mew right at the beginning of the level.

You will have to turn around and face the two Morelull immediately behind the NEO-One when the stage starts. If you want to make Mew appear, you will have to use the Melody player to play a song. Doing so will trigger a pink orb to start circling the area, hit the pink orb with a fluff fruit and Mew will appear. Making Mew appear requires a little bit of precision, but Mew is priceless, and the photo that you will take will be worth your effort.

There is another Legendary Pokemon known as Shaymin that is relatively easy to find in New Pokemon Snap. Shaymin a cute grass-type Pokemon also known as the Gratitude Pokemon. It can switch between a landform that resembles a hedgehog and a sky form that looks like a dog with big ears.

You can find Shaymin in Florio Nature Park, which is the first stage of New Pokemon Snap. There are two Crystalblooms in the flower field that you can find at the end of the stage, one of which is hidden by grass. To draw out Shaymin throw an Illumina Orb at the Crystalboom and then take a quick snap of it. It will still be hidden by the grass, after discovering Shaymin, it will appear with Grookey and Pichu at the start of the stage. Shaymin’s landform has been added to the game only for now.

Diancie is one of the most recent Legendary Pokemon also known as Jewel Pokemon. Diancie first appeared in Pokemon X and Y in 2014. It is a rock and fairy-type Pokemon best known for its Mega Diancie evolution and its Mega form is the Royal Pink Princess.

You can find Diancie on the Outway Cave floor. You will have to take the alternative route to a crystal-filled room with a Mawile and two Carbinks at the end of the stage. If you hit all three Pokemon with Illumina Orbs, Diancie will appear, and another alternative route will open up for you to discover. 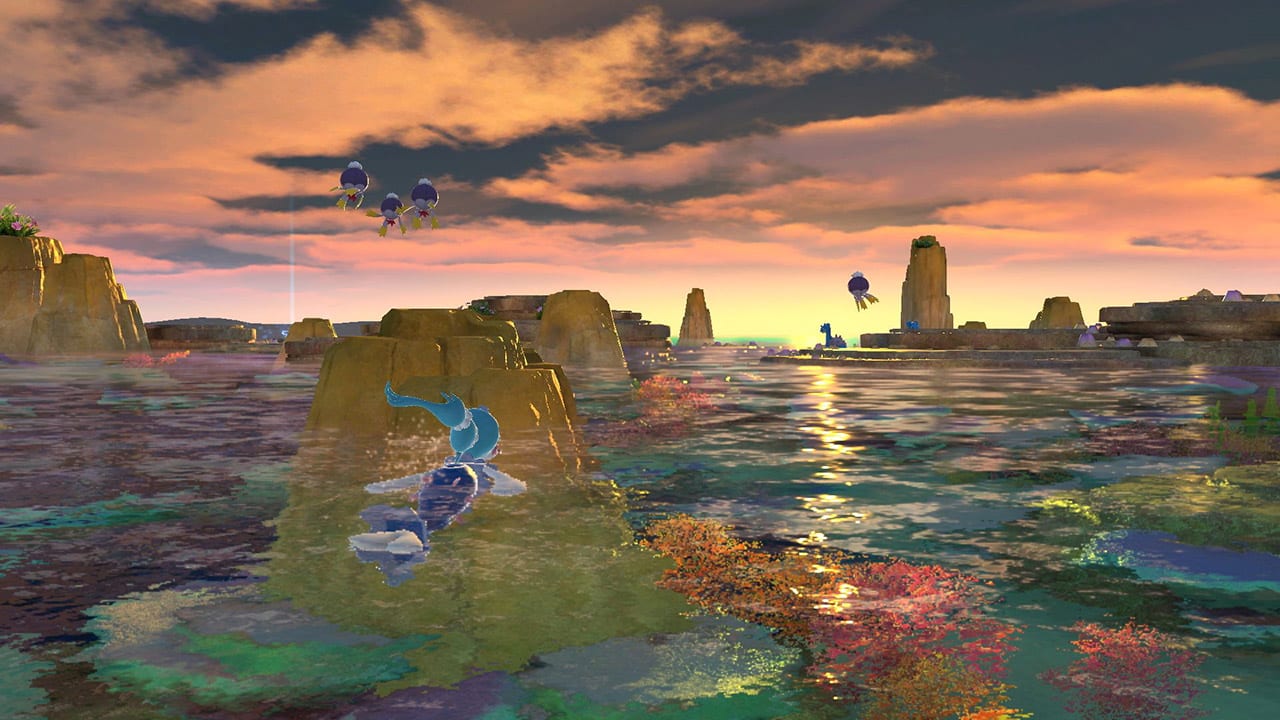 Manaphy is a Legendary Pokemon known to guard the Seas as it’s a water-type Pokemon. Unlike any other Mythical or Legendary Pokemon, it is best known for its ability to breed. You will get a Phione when you breed a Manaphy with a Ditto. Phiona is mysterious Pokemon that can only be collected this way.

You will have to do a little bit of effort to find Manaphy, but it’s not difficult as compared to some other Legendaries. You will have to complete the game and unlock the nighttime version of the reef stage in order to find Manaphy. You must take the alternative route towards the Lapras near the end of the level and throw an Illumina Orb at each of them. They will start to sing which prompts Manaphy to appear and join in the fun.

Jirachi is a rare Legendary Pokemon, and seeing him in New Pokemon Snap is very special, as it awakens for seven days only every thousand years. The crease on its stomach is actually the third eye. Jirachi is a mix of steel and psychic type Pokemon and it is known to grant wishes while it’s awake. Its emergence appears to coincide with the arrival of the Millennium Comet. 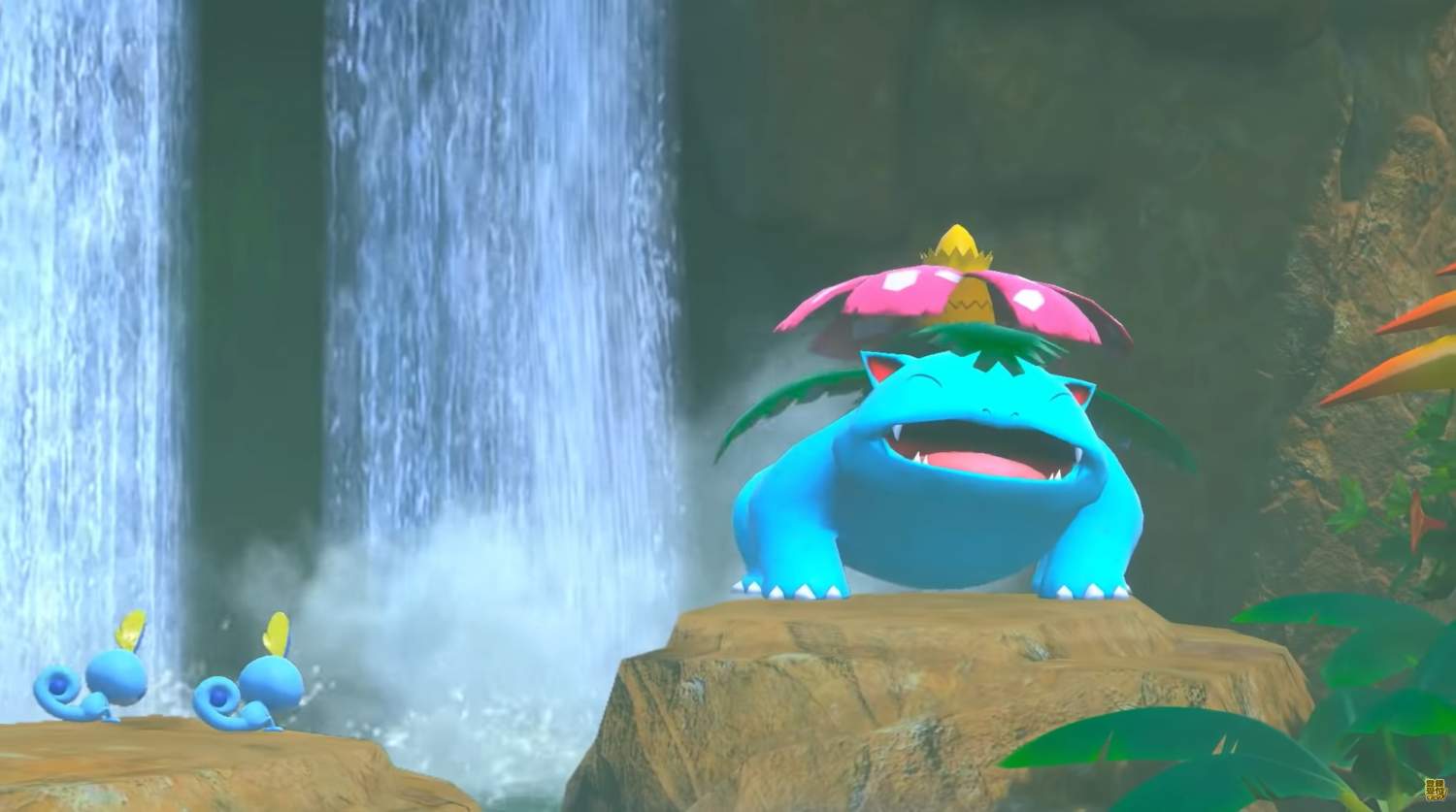 Xerneas is one of the most beautiful Legendary Pokemon, and one of three Norse mythology-inspired Legendary Pokemon, Yveltal and Zygarde are the other two. In the final stage of New Pokemon Snap, you will come across Xerneas. Xerneas is the star of the game’s final stage, but its friends aren’t in Pokemon Snap yet. So if you want to take a snap of Xerneas you will have to complete the game.

You can find Xerneas in the Illumina Spot, in the Ruins of Remembrance. During the game, there are some fantastic photo opportunities, but luckily, this place can be revisited for more snaps later. We hope that there will be new Pokemon introduced both Legendary and non-Legendary in the future updates of New Pokemon Snap. Just like Pokemon Sword and Shield, it would be great to have some additional stages added as DLC. But there are plenty of Pokemon to be found in the Lental Area, as well as many secrets to be discovered for now.

New Pokémon Snap Triple Threat Challenge and How To Complete It