Square Enix Is Selling Marvel’s Avengers For $2 On PS4, PS5 Xbox One, Xbox Series, and PC

Square Enix has dropped the price of Marvel’s Avengers to $2 in a bid to get rid of any remaining copies of the game. This is the lowest price for a major AAA game.

Square Enix has sold its Western division to the Embracer group and this includes Eidos, Crystal Dynamics, and others. They considered Marvel’s Avengers a flop both critically and commercially, and while the game was continuing to get support post-launch, it eventually led to the company selling off its Western division after a string of failures that included Guardians of the Galaxy as well.

Now that the acquisition is almost complete and Embracer Group is ready to take over Eidos and Crystal Dynamics, the official Square Enix Store is selling every edition of Marvel’s Avengers for a massive discount. The lowest price is for the standard edition which comes at around $2 for PS4 and Xbox One, and $4 for PC. 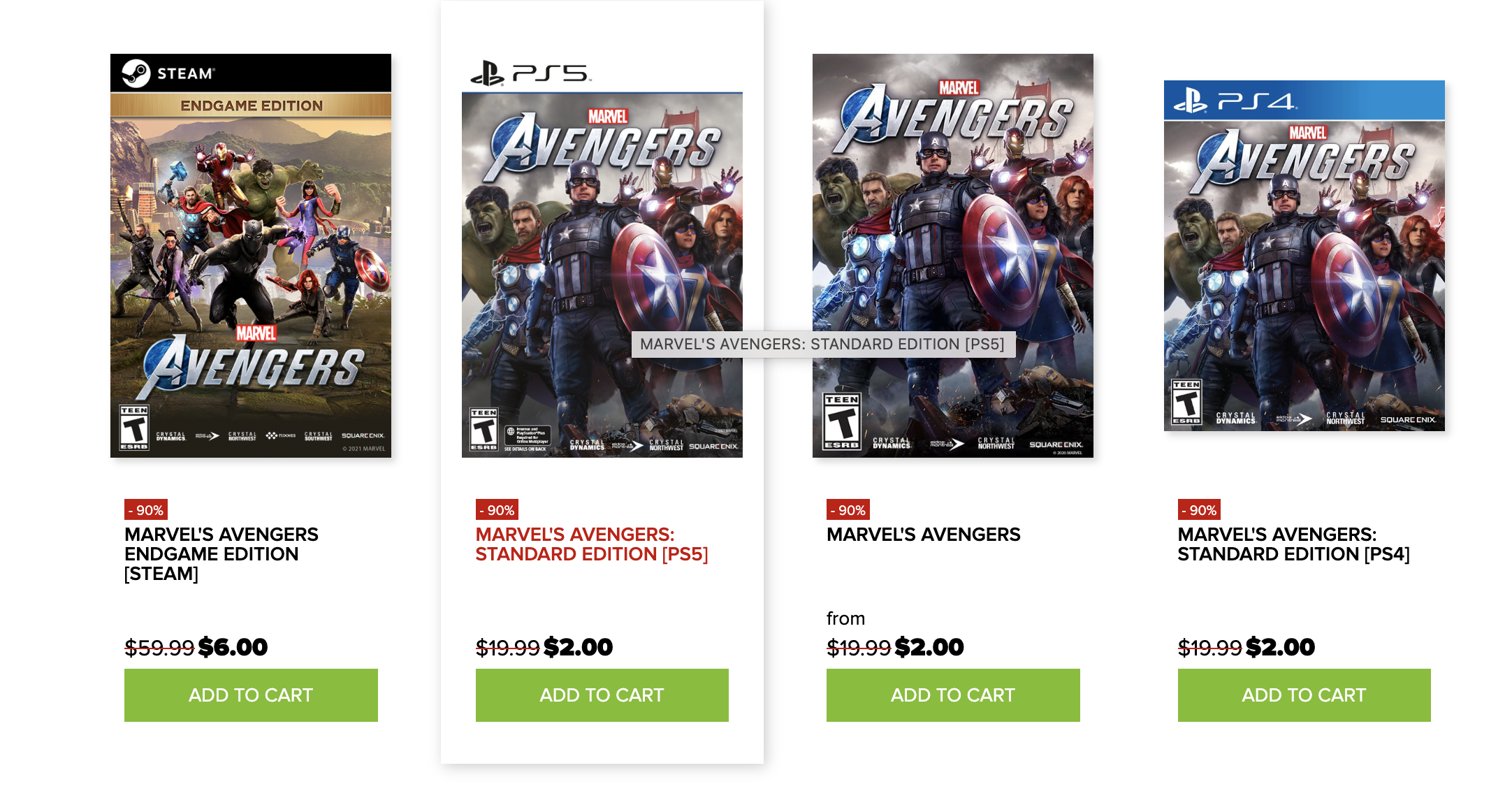 The Endgame edition is being sold for $4 on PS4 and Xbox One, and $6 on PC. The PC version is for Steam so it is not a bad deal. You get some bonus content with this edition including the following.

If you are still interested in getting the Earth’s Mightiest Edition of Marvel’s Avengers, it is also being discounted massively. It was originally priced at $149.99 but you can now grab it for $14.99. This edition comes with the following content.

This might be a limited deal, or until stock lasts, so grab the game if you want since it is at least worth 2 bucks.