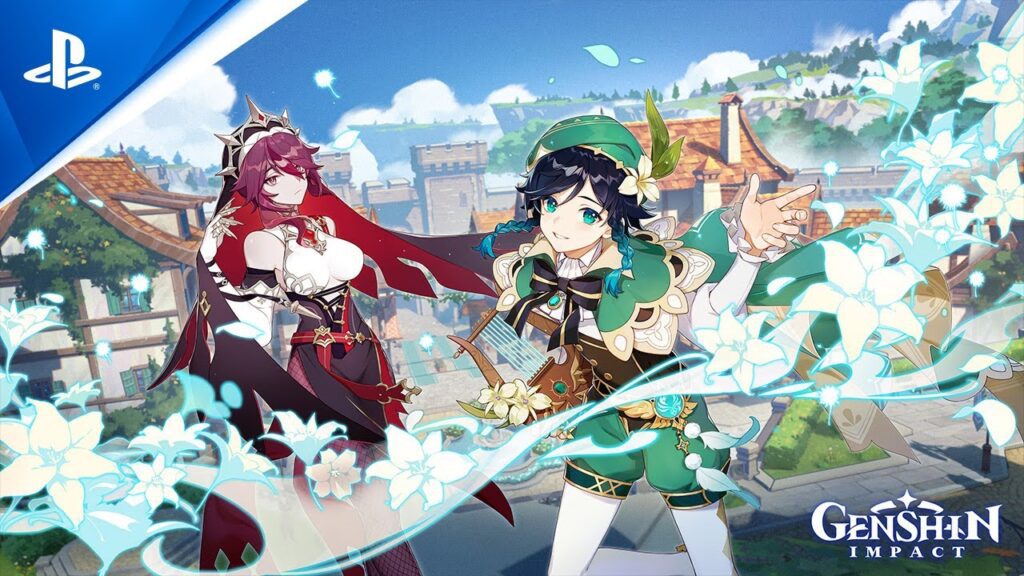 MiHoYo has updated Genshin Impact today to version 1.40 for PS4, PC, and Smartphones and Tablets. The full patch notes can be seen here.

The fourth major update to the game has arrived with Genshin Impact 1.40 patch today. This update is available to download now for PS4 and PS5. As is the case with most of these updates, this one comes with brand new characters, banners, quests, and so on. There is a huge list of changes that are a part of the new Genshin Impact 1.40 update, all of which can be seen in the patch notes given below.

I. New Character
4-Star Character “Thorny Benevolence” Rosaria (Cryo)
◇ Vision: Cryo
◇ Weapon: Polearm
◇ A sister of the church, though you wouldn’t know it if it weren’t for her attire. Known for her sharp, cold words and manner, she often works alone.
◆ Elemental Skill “Ravaging Confession”: Quickly maneuvers behind the enemy (except for some large enemies) and unleashes an attack that deals Cryo DMG. Elemental Burst “Rites of Termination”: Casts an Ice Lance into the ground that deals periodic bouts of AoE Cryo DMG.

III. New Events
Take part in Version 1.4’s flagship event “Invitation of Windblume” for a chance to obtain the bow, Windblume Ode.
◆ Gameplay Duration: 2021/03/19 10:00 – 2021/04/05 03:59
◆ Event Shop Duration: 2021/03/19 10:00 – 2021/04/12 03:59
◆ Event Rules: Take part in challenges during the Windblume Festival to obtain two currencies: Festive Tour Tickets and Peculiar Collab Coupons. Spend these currencies at the Event Shop to purchase the event-exclusive weapon Windblume Ode and its exclusive refinement material “The Visible Winds,” as well as the Crown of Insight and more.

V. New Quests
New Archon Quest
◇ You hear from Ganyu and Lan that the Treasure Hoarders of Mondstadt and Liyue have banded together and plan to get involved in some ruins associated with the Abyss Order. Fearing the chaos that the Treasure Hoarders might cause through their involvement, you take up the commission and investigate…
◆ The Archon Quest “Chapter I: Act IV – We Will Be Reunited” will become available at a later date. Stay tuned for more information.

VII. Adjustments & Optimizations
● System
Spiral Abyss
Starting from the first time that the Blessing of the Abyssal Moon changes after updating to Version 1.4, the two Blessings of the Abyssal Moon will be as follows:
○ Period I: Windward Moon
Characters possess an ATK-increasing Windward Aura that can increase their ATK by a maximum of 60%. For every opponent who steps within the Aura, the Aura’s effect is decreased by 25%. When 4 or more opponents are within the Aura, this effect will not provide an ATK increase.
○ Period II: Skyward Moon
Hitting an opponent with a Plunging Attack decreases their DEF by 40% for 10s.
※ There will be no change to the reset times of the Spiral Abyss and Blessing of the Abyssal Moon. These remain the first and sixteenth days of each month, respectively.
Increases the maximum quantity of Condensed Resin that may be held. Travelers may now hold up to 5 Condensed Resin at any one time.
Optimizes the order of item drops: More valuable items will appear earlier in the list.
Optimizes the cooking function: After unlocking Auto Cook, the option Cook Manually remains.
Optimizes the Spiral Abyss challenge: Challenges can be restarted mid-stage; Elemental Resonance effects can be viewed from the character selection screen; adds the option to exit before entering the next floor.
Cooking, crafting, and forging functions remember your previous character selection.
Optimizes Xiao’s expression when casting his Elemental Skill.
Optimizes the visual effect in Co-Op Mode when the camera makes contact with a teammate or NPC.
Optimizes camera close-up transitions in some domains and quests.
Optimizes the Original Resin replenishment screen: Travelers can view the quantity of Fragile Resin they own and decide which item to replenish Original Resin with more easily.
When you first download the game client on a mobile device, only the voice-over resources corresponding to your device’s system language will be downloaded initially by default. (Example: Devices where the system language is set to English will download only English voice-over resources by default.) When you update the game client on a mobile device, voice-over resources will be downloaded for both the voice-over language corresponding to your device’s system language and the currently selected voice-over language in the game. (Example: If your device’s system language is set to English and you have selected Japanese voice-over in the game, both English and Japanese voice-over resources will be downloaded when you update the game.)
Travelers can download any additional voice-over languages they wish to use from within the game.

● Other
Adjusts the appearance of Rosaria.
Fixes an issue whereby some characters who have not hit a target with an attack can jump while returning to a standby pose and thus perform a Plunging Attack.
*Additional Note: We are paying close attention to the possible impact of other operations that can produce the same effect. If we have plans to change them in the future, we will announce that as soon as possible.