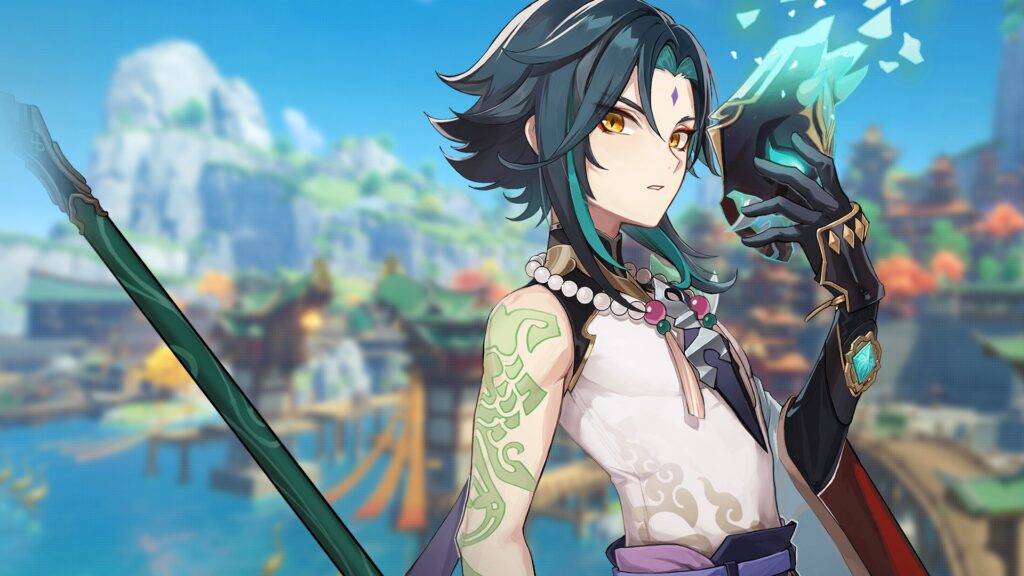 Genshin Impact has been updated to version 1.30 by miHoYo. This patch brings in new events and characters as seen in the patch notes.

As for the patch notes for Genshin Impact 1.3, the official website has all the details while the general update notes are available to view below.

During the event wish “Invitation to Mundane Life,” from after the Version 1.3 update to 2021/02/17 15:59:59, the event-exclusive 5-star character “Vigilant Yaksha” Xiao (Anemo) and the 4-star characters “Kätzlein Cocktail” Diona (Cryo), “Uncrowned Lord of the Ocean” Beidou (Electro), and “Blazing Riff” Xinyan (Pyro) will have their Wish drop rates greatly increased!

II. Rate-Boosted Characters
5-Star Character “Driving Thunder” Keqing (Electro)
◇ Vision: Electro
◇ Weapon: Sword
◇ The Yuheng of the Liyue Qixing. Keqing has much to say about Rex Lapis’ unilateral approach to policymaking in Liyue — but in truth, gods admire skeptics such as her quite a lot.

III. New Equipment
◇ Primordial Jade Cutter (5-Star Sword)
◇ A ceremonial sword masterfully carved from pure jade. There almost seems to be an audible sigh in the wind as it is swung.

*During the event wish “Epitome Invocation,” from after the Version 1.3 update to 2021/02/23 15:59:59, the event-exclusive 5-star sword Primordial Jade Cutter and the 5-star polearm Primordial Jade Winged-Spear will have their Wish drop rates greatly increased!

◇ Staff of Homa (5-Star Polearm)
◇ A “firewood staff” that was once used in ancient and long-lost rituals.

◇ Lithic Spear (4-Star Polearm)
◇ A spear forged from the rocks of the Guyun Stone Forest. Its hardness knows no equal.

IV. New Events
Take part in Version 1.3’s flagship event, Lantern Rite, for the chance to obtain a free 4-star Liyue character of your choice!
◆ Gameplay Duration: 2021/02/10 10:00:00 – 2021/02/28 03:59:59
◆ Event Rules: No Original Resin needed to take part. During the event period, Travelers can claim a 4-star Liyue character of their choice in “Stand by Me.” Complete challenges in “Theater Mechanicus” to obtain Peace Talismans, which can be spent in the Xiao Market on rewards including Crown of Insight and a new namecard style “Celebration: Lantern-Light.”