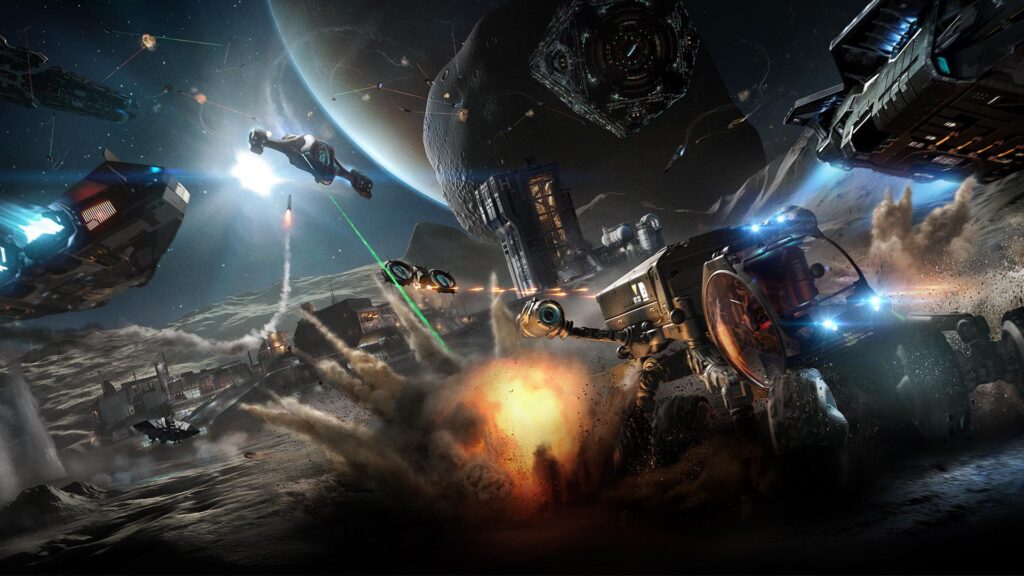 Elite Dangerous has been updated to version 1.51 on PS4, Xbox One, and PC. This update merges the base game and expansion as mentioned in the patch notes.

Elite Dangerous has an expansion called Horizons. The update that has been released today has now merged both of these together in a single package. It will be available as a free patch to anyone who has purchased the base game.

For those who only own the base game, beginning from today, they will be able to take advantage of the new features that were a part of the Horizons expansion. You will now be able to land on planets, explore their surfaces in your SCARAB SRV, craft rare and powerful weapons with the help of a wide variety of Engineers, expand your multiplayer experience with multicrew, plus much more.

If you already bought the Horizons expansion, you will receive the exclusive Azura Paint Job which can be applied to all 41 craft (38 ships, 3 fighters) in-game, as a thank you for your support.