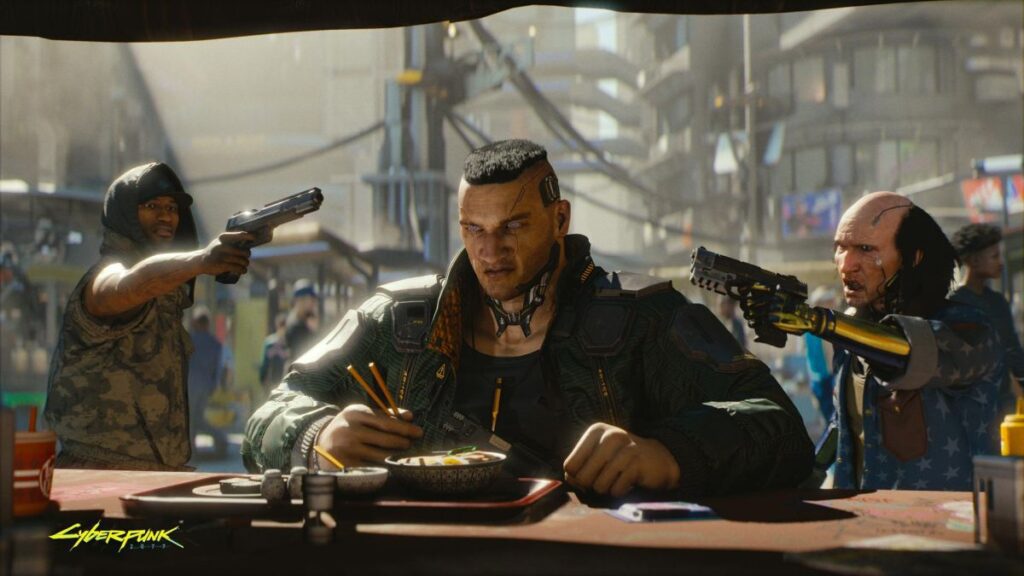 Cyberpunk 2077 update 1.11 was released today on January 28. The patch notes mention fixing the Takemura glitch and other bugs.

After the last major patch to the game, there was a game-breaking bug that basically stopped the player from processing in the story mode. It was related to the Takemura holocall that was stuck since the update.

The update that has been released today has fixed this issue as mentioned in the patch notes.

This update addresses two issues that appeared after Patch 1.1:

The save/load loot exploit will be investigated further.

It occurred for some players during a holocall with Takemura, when using a save made on version 1.06 with Down on the Street quest in progress at “Wait For Takemura’s call” objective. After loading such a save on version 1.1, the holocall would lack dialogue options and block interactions with other NPCs.