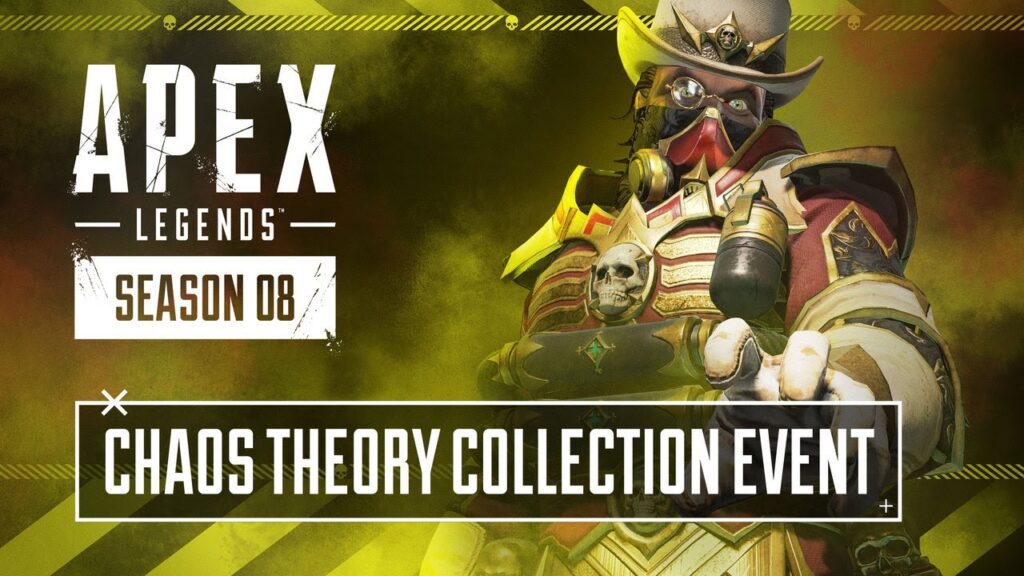 Apex Legends update version 1.60 will be out on March 9th. Respawn Entertainment has shared the full patch notes for this upcoming update.

The developers have posted a lengthy list of changes over at reddit confirming the upcoming features and additions to the game. Apex Legends update 1.60 will be released on March 9th and bring a whole host of new additions with the start of the Chaos Theory Collection event. This will run from March 9 until March 21.

Dev note: Caustic is brutally effective at slowing down engagements. The entirety of his kit revolves around gas with a large area of effect, slow, vision obstruction, and direct health damage. It’s proven to be too oppressive in too many scenarios especially considering teammates can play in gas relatively unimpaired. Significantly reducing gas damage (without taking it away completely or having it affect armor instead) seems like a fair compromise that stays true to the character while making him less oppressive on the receiving end. We will be monitoring the data and gameplay closely. If these changes hit Caustic’s appeal or effectiveness too hard we will revisit accordingly.

Dev Note: Low Profile has been used as a balancing tool for both mobile and/or small legends. Although Path is still mobile, his hitbox is large. While his overall win rate and encounter win rate is by no means low, it’s hard to justify keeping Low Profile on a hitbox of his size.

Dev Note: Walls should be beefy and powerful once built. Before Rampart shipped, we were worried that her nests would be too oppressive and so we gave enemy players the option to quickly clear them out with grenades. This wasn’t necessary, as it turns out, so we’re removing increased damage from grenades against Amped Cover and Sheila.

Dev Note: The goal of these changes are to place this weapon’s identity between the fast fire EVA-8 and the heavy hitting Peacekeeper. The Mastiff has consistently been dominant in close quarters combat given its forgiving spread pattern and high damage spikes with each shot. This change reduces that high damage potential in order to limit the amount of two pumps players experience on the receiving end.

Dev Note: The burst damage from the Hemlok’s hip-fire was feeling a little too consistent for an AR that should excel at medium range. This change mitigates the Hemlok’s close quarters damage spikes that felt bad on the receiving end.

Kings Canyon Loot – we’ve done a pass on the loot to bring up the quality across the map, while also maintaining a certain amount of loot after Mirage Voyage has flown away.

The wooden shacks across the map should have a few more pieces each, and generally be a little higher quality.