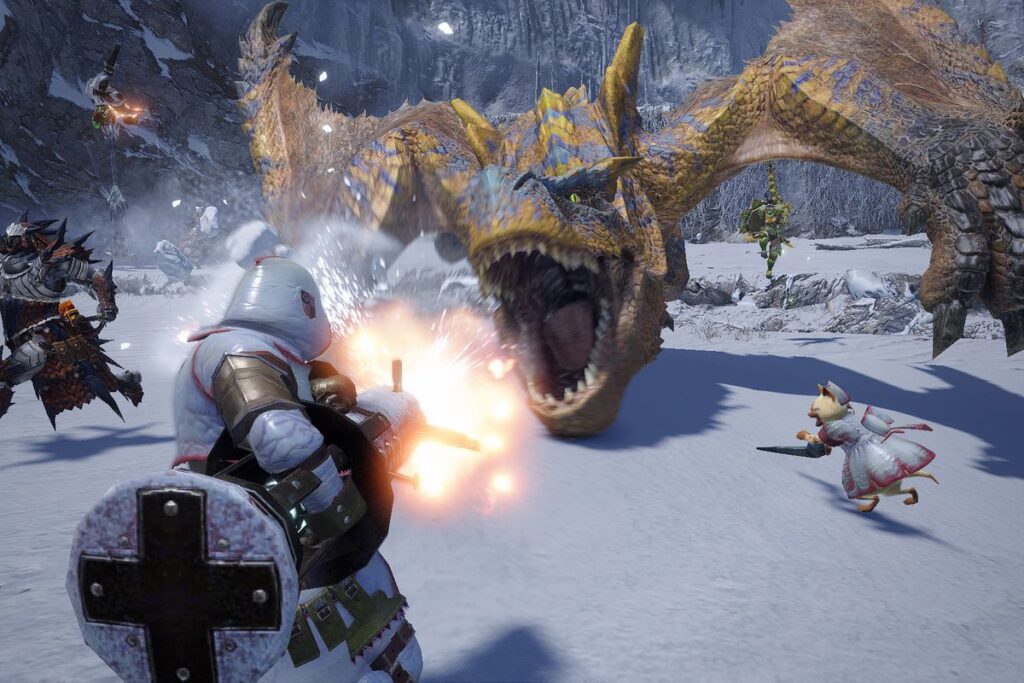 Monster Hunter Rise will get a new demo on March 12th. This demo will be available to all Nintendo Switch owners. If you already have the demo downloaded, you will simply have to update it to get the new content.  Here is some information from the press release sent by Capcom.

In addition to the demo, Capcom has also shared details on the post-launch updates that they are planning for the game.

The Digital Event also revealed a new trailer recapping the numerous new monsters and environments coming in Monster Hunter Rise, and featured fan-favorite monsters Zinogre and Nargacuga. Eagle-eyed hunters could also catch a glimpse of a new threat looming over Kamura, alongside the mischievous Elder Dragon Chameleos, which will be one of multiple monsters arriving in post-launch updates following the game’s release later this month.

Monster Hunter Rise will be out on March 26th for the Nintendo Switch. It is also releasing on PC in early 2022.