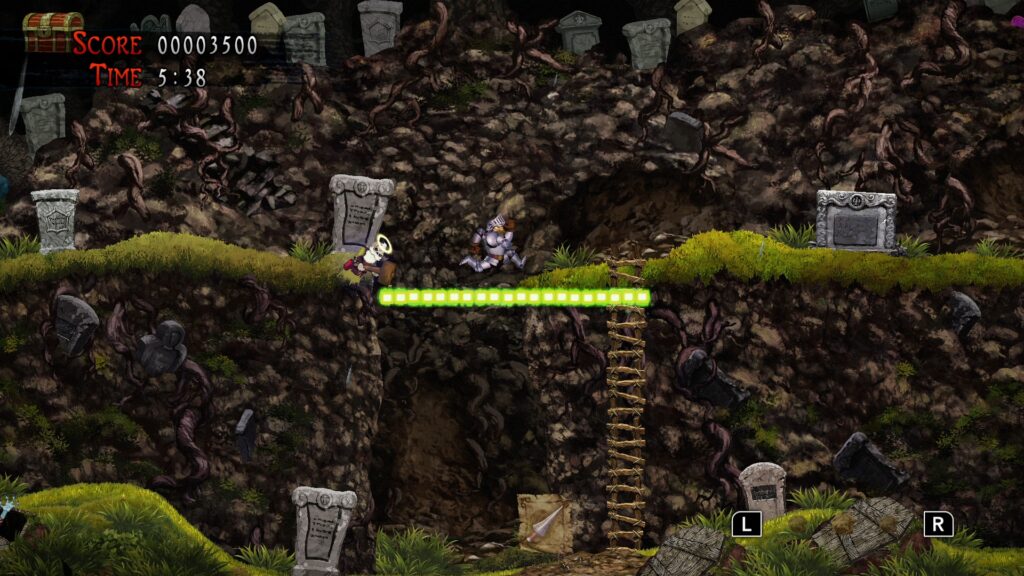 Ghosts ‘n Goblins Resurrection has received an official release date in addition to the announcement of a local co-op mode by Capcom.

During the February 17 Nintendo Direct, Capcom revealed new information on the game confirming a local co-op mode along with the February 25 release date. The game will be out exclusively for the Nintendo Switch.

Ghosts ‘n Goblins Resurrection will once again follow the valiant knight Arthur as he runs, jumps and battles his way through eerie stages set in the Demon Realm, a demonic fantasy world. Arthur must overcome countless ghoulish foes on his quest to rescue the princess from the treacherous grasp of the Demon Lord. Brave knights will need to proceed with extreme caution as terrifying dangers await, including familiar enemies like Zombie, Skeleton Murderer, Pigman and Red Arremer.