FIFA 21 Ultimate TOTS: What Is The Team of the Season?

The FIFA 21 Team of the Season (TOTS) has come to an end, and EA is about to reveal the final team for the 2020/2021 season. EA has had a busy month, as in order to remember the accomplishments of the top players from around the world with special blue cards, EA has launched three squads a week.

However, even though some of the major leagues have already been revealed, such as the Premier League, La Liga, and Serie  A, doesn’t mean that it’s the end of the road for TOTS. Earlier this week a teaser was dropped by EA on their official Instagram account stating the Ultimate squad would be “dropping in-game on Friday.”

There are no hints given by the American gaming organization as to who will be on the list. However, we believe this would function in the opposite way to how the Community team was assembled, with the devs choosing who the greatest players in the globe were this season. In this guide, we will tell you everything you need to know about FIFA 21 Ultimate TOTS Squad:

On Friday 4th June 2021, The FIFA 21 Ultimate TOTS Squad was released at 6 pm UK time. Lionel Messi, Cristiano Ronaldo, and Kylian Mbappe are among the superstars who have made the squad. Jonathan Bamba and Joao Cancelo are also included along with some other surprises.

As we prepare for this summer take a look at this year’s Ultimate TOTS squad for FIFA 21: 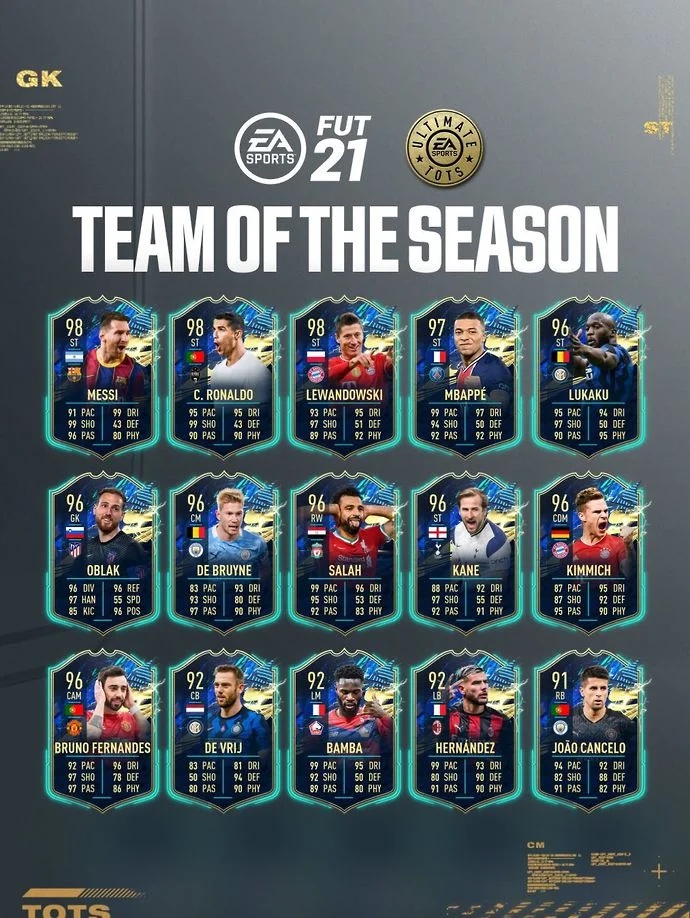