There are plenty of unlockables in Mario Strikers: Battle League. Some of these might be considered cheats. Take a look at all of it here.

In this guide, we will show you how to unlock everything in Mario Strikers: Battle League. There are a lot of things that are unlockable like the Bushido Gear set, ultra-hard Galactic Mode, etc.

All Unlockables and Cheats In Mario Strikers: Battle League

How to Unlock the Championship Cup:-

There are five Cups available for the players in cup battles. These cups are the chain, Cannon, Turbo, Muscle, and Trick cups. Teams that specialize in certain characteristics will participate in each cup. Winning all of the five cups will lead you to archive the Championship cup. Afterward, you will compete with the best AI teams.

How to Unlock Galactic Mode:-

This Mode’s difficulty level is very high and in order to Unlock this Galactic Mode in Mario Strikers: Battle League players simply need to win the Championship Cup in the Normal difficulty Cup Battles.

Now here players need to win all of the five Cups in order to Unlock the final challenge in Galactic Mode, like the Normal difficulty. The thing is that here you have to do more struggle as the difficulty is pretty high. 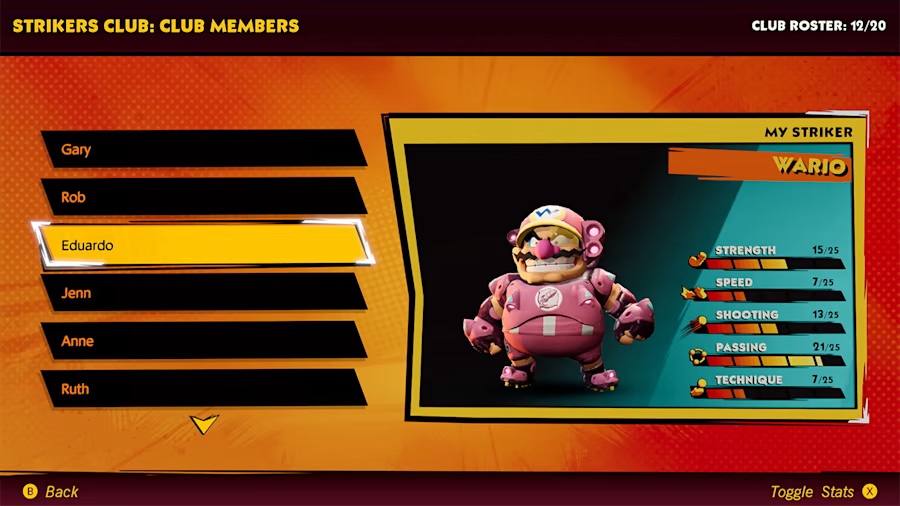 How to Unlock the Bushido Gear Set:-

This particular Gear set is very special and unique in the game. You will be able to Unlock the Gear after competing in the Championship Cup with a Normal difficulty level and finishing the Cup Battles. Players will be able to buy the Bushido Helmet, Bushido Bracers, Bushido Armor, and Bushido Sandals. These pieces cost 300 each and are really worth the money. Following are the advantages these gears give:

See also  Evil West - How To Unlock All Skins

Players have the opportunity to customize the Stadium in the game’s main online mode. Following are the customize options you get for the Stadium:

Players have to Unlock these with the Strikers Club, by earning Bolts which is the game’s exclusive currency. Farther it’s Unknown how to Unlock other hidden customization themes.

This is all you need to know about the Unlockables in Mario Strikers: Battle League.

How to Fix the “DXGI_ERROR_NOT_CURRENTLY_AVAILABLE” Error in Dead...