Each hangout requires two-story keys to unlock, but you can return to it any time after you unlock them. You can conveniently visit the hangout at any story checkpoint you have already unlocked to try following a different line. Noelle has a heartbeat meter during the hangout event; if she loses enough hearts by selecting dialogue options she doesn’t want, the hangout will end early. In this guide, we will tell you every detail about the Noelle Hangout event Act 1 and Act so you can get every ending and achievement in Genshin Impact.

Hooray Knight! > All of Life is Training > Guest from Afar

When Noelle asks for advice on her Chivalric Training, Say “It’s okay not to be a Knight,” regardless of what you say in the first dialogue choice. The rest of what you say has no bearing on the result.

A man named Alois approaches you for assistance with some slimes, and the two of you will accompany him back to Mondstadt. The dialogue choices you choose before you arrive at the pub have no bearing on the ending. When Alois asks, “Is this what they to all visitors in Mondstadt?” the next branch begins. Choose “Noelle’s way of showing hospitality.” you will return to Good Hunter and be presented with the same two dialogue options; choose “hospitality” once more. Alois will receive a gift from Noelle… Choose ‘hospitality’ from the same two dialogue choices that appear again. The other dialogue choices are purely decorative; they have no bearing on the plot. He’ll depart happily, and you’ll get ‘Goodbye, Miss Maid!’ ending.

Honorary Knight! > All of Life is Training > Guest from Afar

You will get this ending also by telling Noelle, “It’s okay not to be a knight.” but instead of choosing “hospitality,” choose “Made especially for you”. When you take Alois out of tow, he reveals that he had planned to imitate Mondstadt’s popular Dandelion Wine. You get the ‘A Cold Reception’ ending when you return to Noelle, who seems disappointed.

Tell Noelle, “Of course where do you want to start?” when she asks for advice on her Chivalric Training. Tell her she lacks strength when she says she feels like something is missing. Then there will be a strength test in which Noelle must break all of the training dummies in a certain amount of time. She asks you what she requires again, and you tell her she needs more strength.

See also  Genshin Impact Cor Lapis and Where To Find It 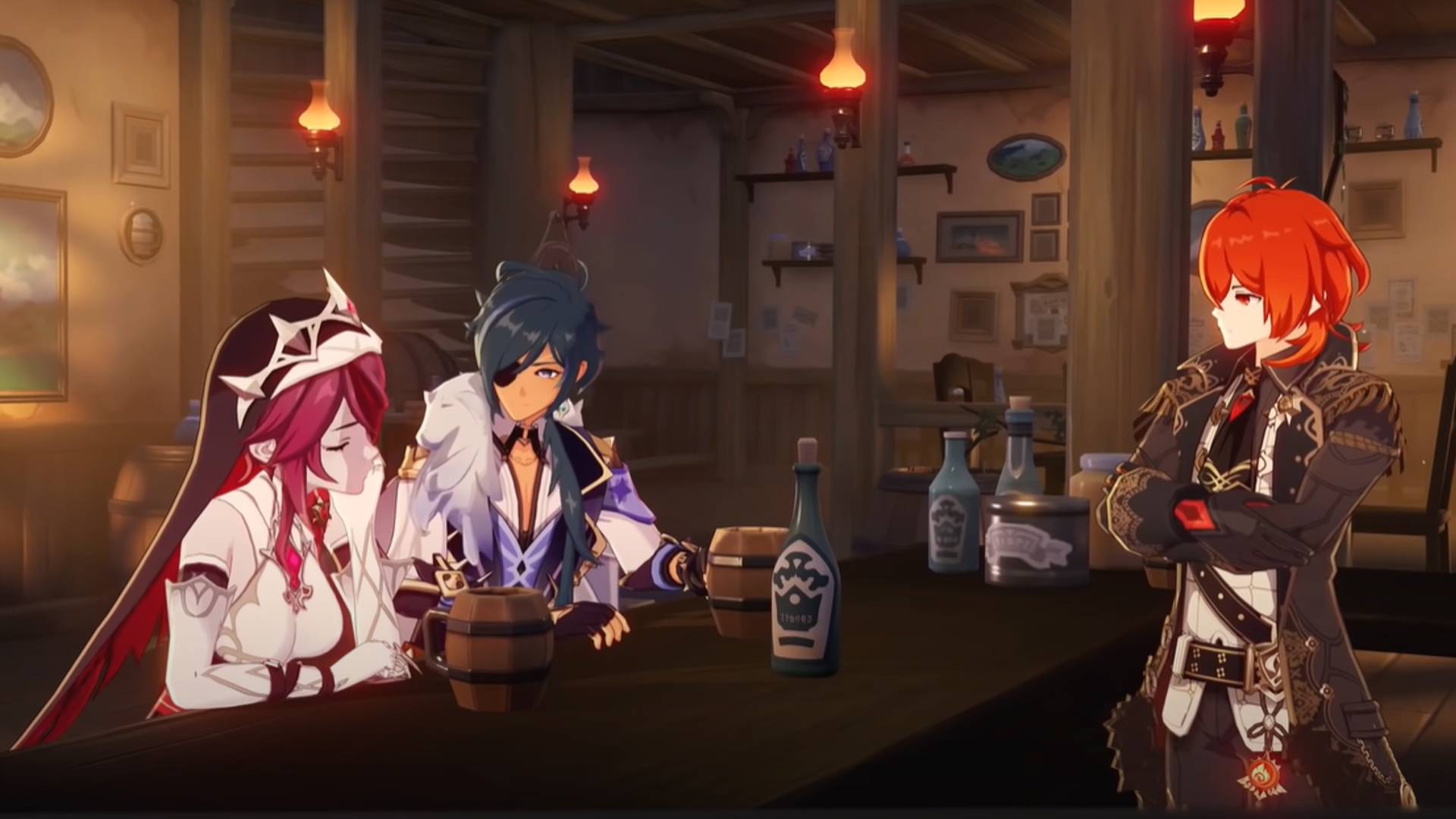 Rocks fall down into the chasm after digging for ore and killing slimes and a Mitachurl. To unlock this ending, you must first clear the rocks and beat the Lawachurl.

Rather than telling Noelle, she is weak after the training exercise, ask “Is it because you lack real-world fighting experience?” Then you will try to beat some enemies and lose- you will tell her how important it is to fight together, and then you will come across a man named Henning who is asking for assistance. You will earn the “A Defender’s Will is Their Strength” ending by helping him, and also the ‘…For I am Duty Bount’ achievement.

Honorary Knight! > A Breather > It’s the Heart that Matters

Tell Noelle, “Of course, where do you want to start?” when she inquires about Chivalric Training. This time, tell her She’s lacking rest. You go for tea together regardless of the other choices you choose. You devise a gift-giving strategy, deciding that “It’s the thought that counts”, which leads to you presenting Bea with grilled salmon. This, predictable, is ineffective, and Noelle feels bad about going to the library to study. If you read Noelle’s study notes you will get a secret achievement here called “A World Known Only Unto Roses”.

One of the best Noelle hangout endings is this, When Noelle asks about the gift, tell her “We should choose carefully.” After agreeing to help Noelle with her preparation and telling her she needs rest, tell her “we should choose carefully”. You go to a shop and have two options: Squirrel Wood Carving will cost you a heart, but you will still be able to advance. The Frosting Bottle is the superior choice. Beatrice will ask you about these locations after you take three images at different points across the map; ‘Cape Oath’ will advance the quest. You and Noelle then travel together to Windrise, where she presents with a paper rose.

You will be coaching Noelle through her upcoming exam in the second act of Noelle’s hangout event. If you say, “You don’t look so good…’ when you meet her in the library, you will lose heart.

When you give Noelle advice about her library exam, tell her that “a change of scenery might do you good.” Then make your way to Liyue and the Wanmin Restaurant. Head to the Blacksmith after consuming a spicy dish, and when Noelle asks where to go next, tell her the harbor. You battle some Treasure Hoarders who are attempting to flee after interacting with Millelith at the harbor. Then you both share a cup of tea, unlocking the Rest Among the Rocks ending.

When Noelle asks where to go next after proposing a change of scenery in the library and visiting Liyue with her, tell her Third-Round Knockout. After that, you talk with Iron Tongue Tian and accompany him to a hilichurl camp to clear it out. Return to Liyue after giving Tian the Chaos Device from the Ruin Guard, and the Storyteller will tell you his story, revealing the second ending, The Maid-Knight’s Tale.

When Noelle tells you about her exam in the library, tell her not to hide from it, and confront the stress of the exam directly. Then inform her that she needs to take more exams to get used to the environment. Take the exam at the Adventurer’s Guild – you will need a perfect score to unlock the Perfect Score ending, so prepare accordingly.

Then, in order to pass the exam with flying colors, you must beat the ruined guard in under 70 seconds.

This outcome follows the same direction as Immaculate Examination, but instead of responding correctly, you must make one error – it can be anywhere. 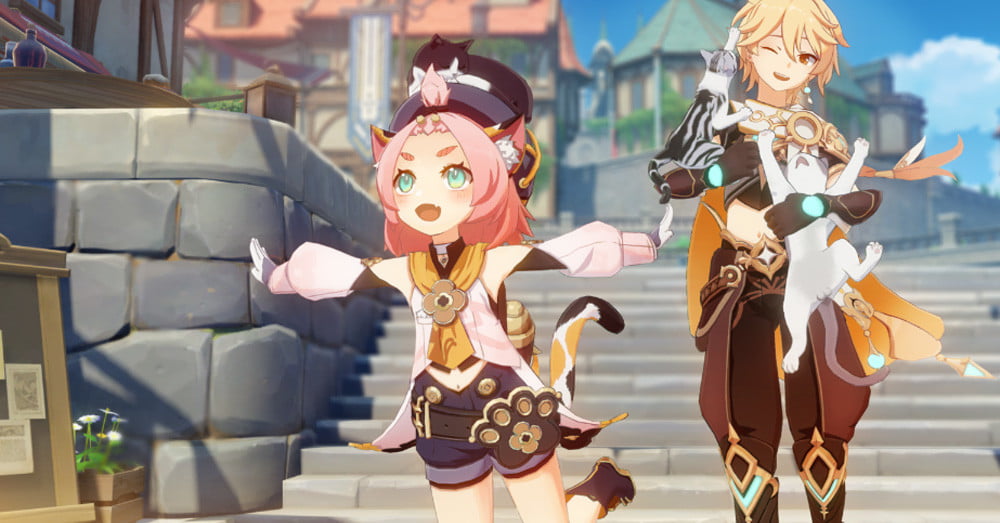 When you return to the library after the test, read Noelle’s Study Notes on the table to unlock the secret accomplishment, “Mondstadt’s Note-Taker General.”

This time, after you have advised Noelle to face the exam’s tension directly, tell her to try to imagine passing the exam. Pick Vallberries and Slime Condensate for Noelle to make a Baron Bunny in the Stormbearer Mountains. Destroy the incoming hilichurls by placing it near the hilichurl camp. Then propose that she could become an Acting Grand Master. Return to Mondstadt to see if anyone needs assistance; you will run into Marjorie, who is looking for the misplaced monocle.

Find Glory, a girl sitting on a bench who claims to have heard a finch flying away with something. Climb to the nearest rooftop and look for nests before the monocle is found.

Tell Noelle to confront the stress of the exam in the same way as before. Suggest that Noelle could become a Cavalry Captain after battling the hilichurls in the mountains. Serve the drink to Payne at Angel’s Share tavern. Continue working in the tavern until the end of the day to gain access to the sixth ending, Work Made for a Maid.

Genshin Impact Diona Hangout Choices and How To Get All Endings