In Disgaea 6: Defiance of Destiny, the real game starts after you complete the main story. In the post-game, more new challenges will be unlocked, allowing you to raise your level cap. There are some new characters also that you can add to your party. In this guide, we will tell you everything you need to know about Disgaea 6’s post-game content.

Here we have listed all the details of Disgaea’s 6 post-game content.

The post-game in Disgaea 6 is basically divided into three phases.

This includes the new content that will be available to play once you are done with the story. This ranges from playing through the four DLC characters and completing their story. Other additional content includes new quests. These will allow you to earn Omega Scrolls.

Immediately after post-game, you’ll be meeting the major characters from Disgaea 1. There is a small narrative to it, but it is very uninteresting, despite a few laughs. Overall, the narrative isn’t as compelling as the primary one. You’ll probably be able to go right into this from the main game without having to level up. You may need to grind a little for the final fight or two since they increase in difficulty all the way to 9,999. 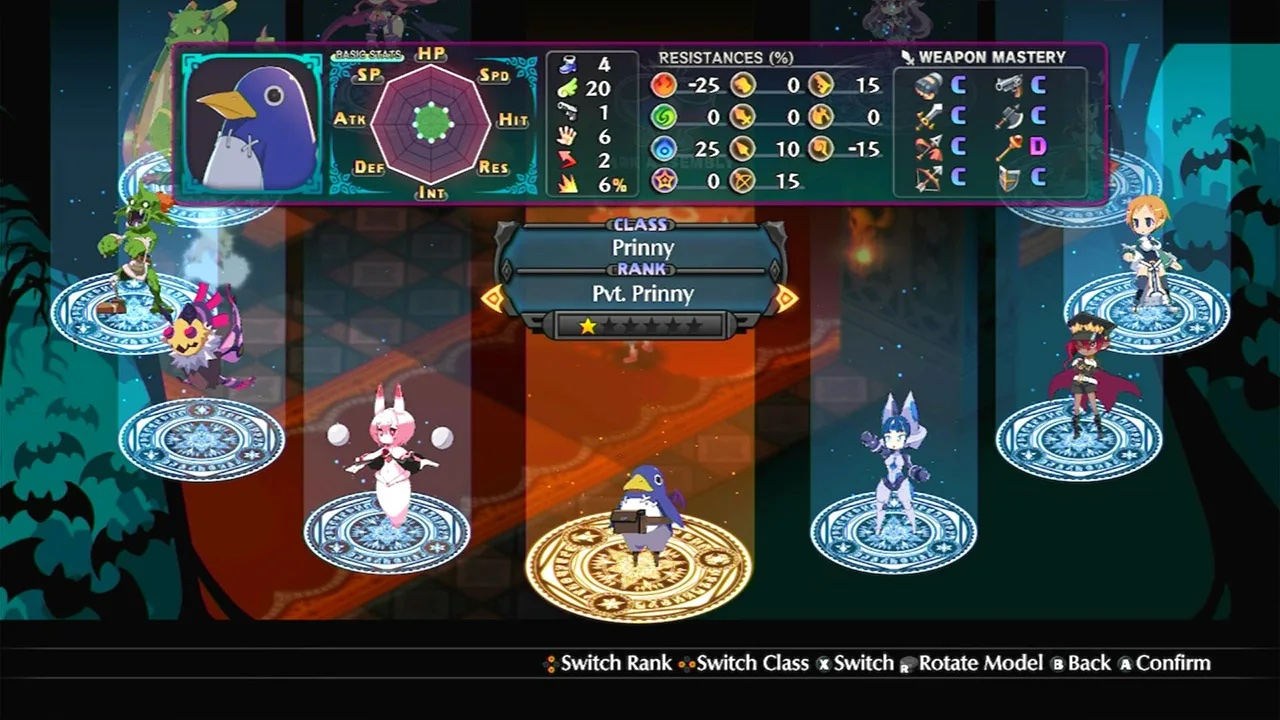 By completing this part, you’ll get access to the Carnage dimension, which raises the level maximum to 9,999,999 and raises the base stat cap from 100 to 500. In addition, the cheat shop points/limits have been increased to 1,100/1,000, respectively.

Carnage Dimension includes every stage from the regular game. From there, you may turn it on and off whenever you want. Enemies have enormous power increases, and all of the gear has been upgraded to carnage gear with significantly higher stats.

See also  Biomutant: What Is The Best Melee, Magic, and Gun Build?

There are also five new Carnage-only stages that get more dangerous as you continue. After clearing the fifth stage, you get access to the Rakshasa Dimension, which increases your level ceiling to 99,999,999 and your base stat cap to 2000. Finally, the cheat shop points/limits are increased to 3,100/3,000 respectively.

This is for the hardcore players only. Rakshasa Dimension is similar to how Carnage Dimension operates. There is a new powerup, new toggle to flick through, new gear, tougher enemies, and five Rakshasa-only levels that culminate in a battle against a slew of max-level foes. Completing it will only give you satisfaction since there is no major unlockable associated with it. You can access Rakshasa from the Dimension Guide.

That’s everything you need to know about Disgaea 6’s post-game content.

Genshin Impact Parametric Transformer and How To Get Rare Items

Fortnite Season 7 Mythic Ray Gun: How To Find and Get It