Death’s Door Secrets: How To Unlock and Get The True Ending

How to figure out the way to THE TRUE SECRET ENDING:

This guide would help you know all the important steps to follow in the game Death’s Door to get to Its TRUE SECRET ENDING.

How To Get Death’s Door True Ending

Following is the explanation of the key steps that you need to know.

Before you get going to find The True Secret Ending, you need to search for this Rusty Belltower Key in the Hall of Doors. It is the same place where you had defeated the Final Boss. The key will be placed in the middle of the floor.

Now that you have got the Bellowers’ key, you need to rush towards the Belltower. You would find this tower in the lost cemetery.

Whenever it’s about a BELL and a TOWER, something fishy is always cooking. So after reaching the Belltower, go to the top of it, ring the bell as hard as you can, and see the magic. The bell-ringing would turn the day into night. At night you would be allowed to see changes in the areas around you.

In the next step, you need to gather around a total of 7 Ancient Tablets of Knowledge to proceed to the unlocking ceremony. 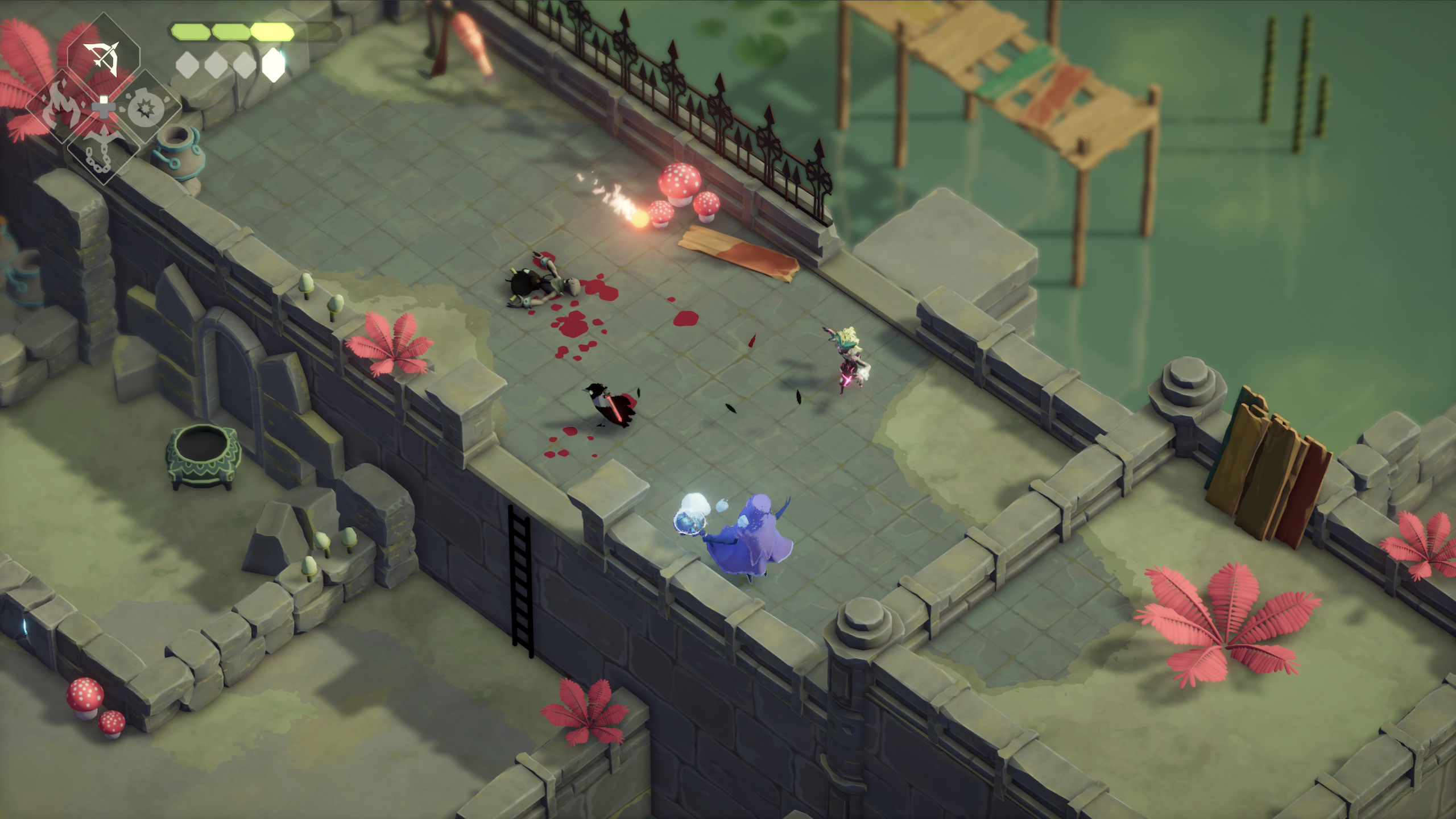 Since the day has been turned into night. You will see the things that are only visible when lights are out. So from the Belltower, you will notice some pink glowing streaks which are the 7 Ghosts of the game. These ghosts are aimlessly wandering in the lost cemetery. So you have to drive them towards the 7 Key-Faced Statues.

After they have been allotted to their specified destination, a big door would open up.

Get inside of it to achieve your FIRST ANCIENT TABLET.

These owls are the primary objects to get your SECOND ANCIENT TABLET in the DEATH’S DOOR.

You have to find 3 Owls for that purpose. Each owl would lend you a part of the ancient tablet, which you have to combine to get a whole of it.

Now, Where to find them?

3. Towards the Secret Garden; 50 life seeds and Plants:

Search for the 50 life seeds and plants. You can not find them in only one place rather you have to search them down in different regions. Once they are found, get to the Secret Garden where you would find a door. Open the door and get your 3rd Ancient Tablet.

To find the 4th Ancient Tablet, you have to go to the Overgrown Ruins. There you would get an Avarica Chest. Approaching the chest would demand you to face the enemies.

Once you have defeated these enemies, you will be awarded the tablet.

Afterward, you are supposed to pay a visit to Jefferson. You have to meet him and then take him to the Flooded Fortress. At reaching the point you will see some glowing platforms. Cross these platforms and pray at the Shrine. Here you will get your 5th Ancient Tablet.

6. Head towards the Old Watchtowers:

While heading towards the Old Watchtowers. It’s light out everywhere. So the mission to get the 6th Ancient Tablet will be to make the unit of braziers glow. To bring light to the tower, you have to use your Flame Spell to light them all.

A door will be opened to you, and the 6th Ancient Tablet will be granted to you.

Now you have to find the place where the Gravedigger has dumped his friend. For that go to Betty’s Lair but that is blocked because of the icicles. Destroy these icicles to make your way to the moon symbol at the top. That is where you will find the Mysterious Locket. Grab the Locket and go to the door that would take you to the Mausoleum. Once inside, the gravedigger will be waiting for you. Fight him and defeat him. You will have your 7th Ancient Tablet.

This is the moment of unlocking for what you have been through a lot in Death’s Door. We have now reached the place where the Secret ending will be opened.

After getting the 7 Ancient Tablets, go to the Camp of Free Crows. You will see a wall there. On the wall, you have to insert the Tablets. After putting them at their place the challenge will be accomplished and THE SECRET ENDING will be unlocked.