How tech has affected gaming over the last decade

Gaming has grown into one of the biggest industries in the world over the last decade. It has flirted with high levels of popularity at certain points in its lifespan, which is impressive, considering it started out as a fringe hobby. However, the improvements in technology over the years have made gaming into nothing short of a juggernaut. We’ve taken a look at some of the biggest tech advances that have burst onto the scene during the last decade.

Blockchain technology is a relative newcomer in the gaming world. However, it’s setting itself up as the next big development for gamers. The current biggest impact that it is having on the gaming world is as a payment method for online casinos. There are some top casinos out there that allow for crypto payments to be made, which has revolutionized the industry to a degree.

However, it’s more than just making payments. It has also led to a new genre of games – blockchain games. These currently provide online casinos with provably fair titles but there is a wider-reaching possibility that is looking to spread out into mainstream video games. This is the potential to offer groundbreaking sandbox games to players. What the blockchain offers is the ability for games to be cross-compatible with each other. So, a racing game might be compatible with a space simulation. This would allow both games to come together to create an all new kind of sandbox game.

Since the technology is very new at the moment, there isn’t anything out there in terms of mainstream releases. But, as developers get more used to how the technology works, it’s likely that the potential that’s on offer will start to interest AAA studios.

This is without a doubt the biggest driving force in terms of gaming over the last decade. The internet created some huge opportunities and defined the ways in which gaming works now. The first is in terms of releases. In the past, if a game wasn’t properly bug tested and it got released, it meant that consumers had a broken game. Now, if a game is released in an unsatisfactory state, it won’t take long before a patch is released. In fact, some companies release their games without them being thoroughly bug tested, effectively using their customer base as a mass bug testing department. 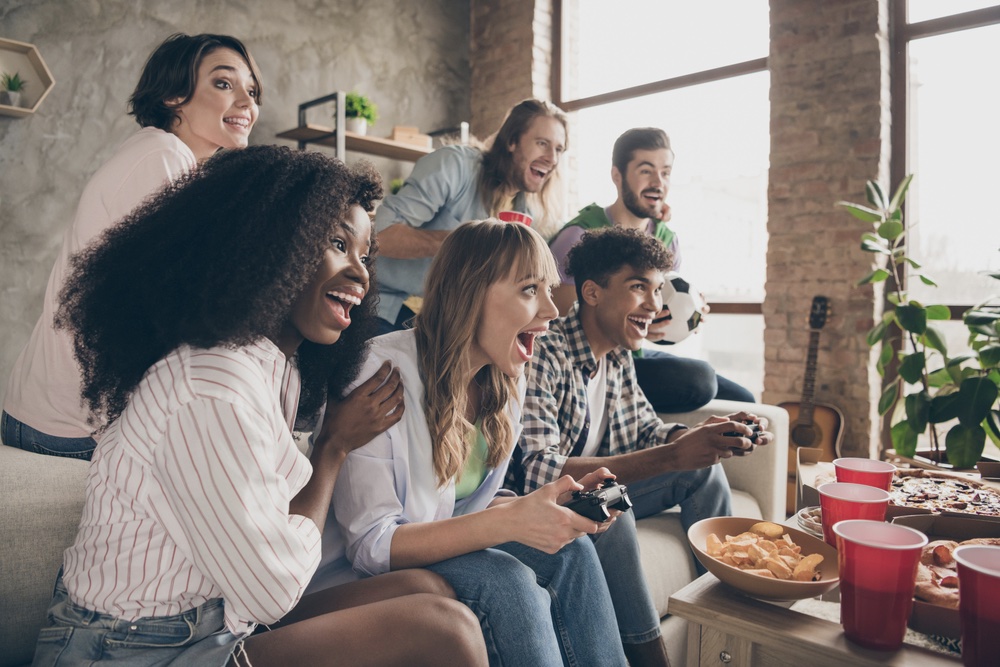 Patches also mean that games can be improved right throughout their lifespan. So, if a game isn’t well received for a particular reason, the developers can fix that to make sure that it’s a more enjoyable experience. On top of that, DLC is also available, which can expand a game and make it into a longer experience than just the standard mode would be. While this is a contentious topic, as some people think it is akin to money grabbing, others feel that it helps to bridge the wait time between the initial game and a sequel.

We couldn’t mention the internet without talking about online gaming. Together with games such as FIFA – although that will be undergoing a name change soon – Fortnite and COD offer high-quality, online game modes. Playing online has become the most popular way for people to play these days and this is mainly down to the spread of high-speed internet access.

Smartphones are more powerful than anyone could have imagined they would be 10 years ago. They’re essentially portable computers. This means that the games that are available to players on mobile devices are almost on par with modern gaming systems. This, combined with the huge number of casual games that are available, has made mobile gaming one of the biggest sectors in the gaming market. This has caused a big shift in a lot of companies’ development models. The microtransaction world of mobile gaming has also slowly bled into the world of standard console and PC gaming.

The next generation of gaming also has mobile firmly in its sights. An example of this is the latest Xbox generation. With the cloud gaming that it offers, able to be played through mobile devices, it means that players in theory don’t even need to buy the newest consoles to play the best Xbox games. With smartphones improving all of the time and cloud servers becoming faster and more stable, it means that the next generation of consoles might never come. This would surely be one of the biggest gaming developments of all time.